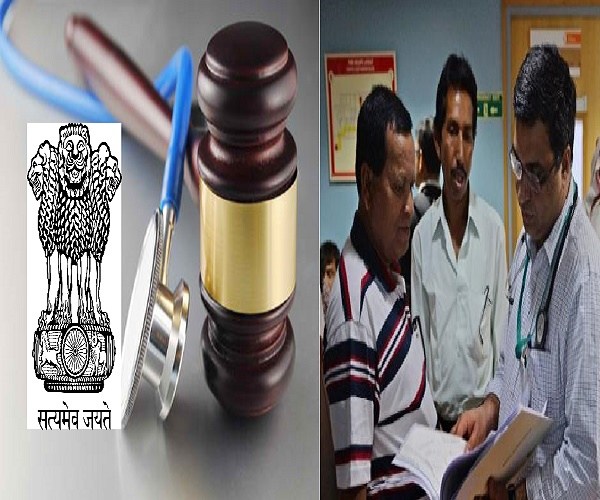 The medical rights would become meaningful only when built on a strong information mechanism about patients, doctors as well as healthcare establishments. In 2018, the Ministry of Health and Family Welfare along with the National Human Rights Commission released a draft of ‘Charter of Patient Rights’ – an assembly of provisions in laws and judgments of high courts and the Supreme Court.

This was done with a view to helping patients identify their rights through a single, more accessible document. Since healthcare is a state subject as per the constitution, the health ministry will need to roll out this charter in collaboration with state governments.

Right to health has been accepted to be under the purview of Article 21 of the constitution through various court judgments. Researchers globally are advocating that the right to health information should also be identified as a fundamental right.

In light of this, the released draft is a welcome step. The recent calls for the adoption of the charter show the public interest in knowing and exercising their rights.

There is a catch though. How does one give rights to patients when they are can’t even be identified in the present system? Not just patients, the healthcare system in India is notorious for not providing reliable data on any of the stakeholders. The lack of granular data on basic healthcare stakeholders makes the rights of a patient less significant than they would be in a developed country.

ALSO READ:  Doctors 'Not Realising' The 'Conflict Of Interest' Is Becoming A Norm In Medicine!

As the Indian government increases the sets of rights provided to its population through laws like the Mental Healthcare Act, 2017 and The Persons with Disability Act, 2016, it should supplement it with a framework accountable to the people.

This story claims that patients cannot be ensured rights without first ensuring the corresponding responsibility of the state. In absence of this, the Charter of Patient Rights would be reduced to an idyllic dream.

Finding a hospital
In a population of about 1.25 billion, India struggles with a complex burden of diseases. Communicable, as well as non-communicable diseases, coexist along with accidents and trauma. Medical insurance system does not offer consumer protection and patients have to pay high out-of-pocket costs for their healthcare.

The health ministry estimates the average out-of-pocket expenditure to be Rs 2,394 per capita for the year 2014-15. With the availability of formal and informal healthcare provision system within public and private systems, patients can swing between multiple providers.

There is only one law which tries to bring together the formal system of healthcare in India. The Clinical Establishment Act, 2010 is applicable to government and private hospitals equally. Twelve states and Union Territories out of 36 have started the application of the law.

ALSO READ:  Disrupting The Used Car Market; One Vehicle At A Time

This means it is difficult for a patient to actually find the registered and formal credentials of the clinical establishments they may want to use.

Finding A Doctor
Identifying the credentials and qualification of a doctor are some of the basic concerns of a patient. However, due to a lack of reliable information, patients in India have to rely on word-of-mouth while choosing a doctor.

In contrast, lawyers have to update their certificate of practice periodically under the Bar Council of India Certificate of Practice (Verification) Rules 2015.

Where is the patient?
Even though the patient’s charter is a commendable compilation, we cannot ignore the gross inadequacies in the healthcare system that would affect its implementation.

As the latest Johnsons and Johnsons scandal on its “faulty” knee implants shows, India has currently no system which can help track patients.

Medical records as per MCI standards require the doctor to note the address and other identifying information and store it for at least three years. However, in the absence of a central electronic health record system, the records hold little value, if maintained.

Follow-up care of a patient within the same healthcare entity rarely occurs and there is negligible maintenance of data to allow it to follow the patient.

Recent development in India, including the Patient Rights Charter and the HIV/AIDS (Prevention and Control) Act, 2017 show that the government is accepting healthcare provision as an important part of the wellbeing of its people. However, these rights would become meaningful only when built on a strong information mechanism.

Patients, doctors as well as healthcare establishments need to be identifiable. Without maintaining basic information about the stakeholders, the meaning of such rights shall be reduced. #KhabarLive