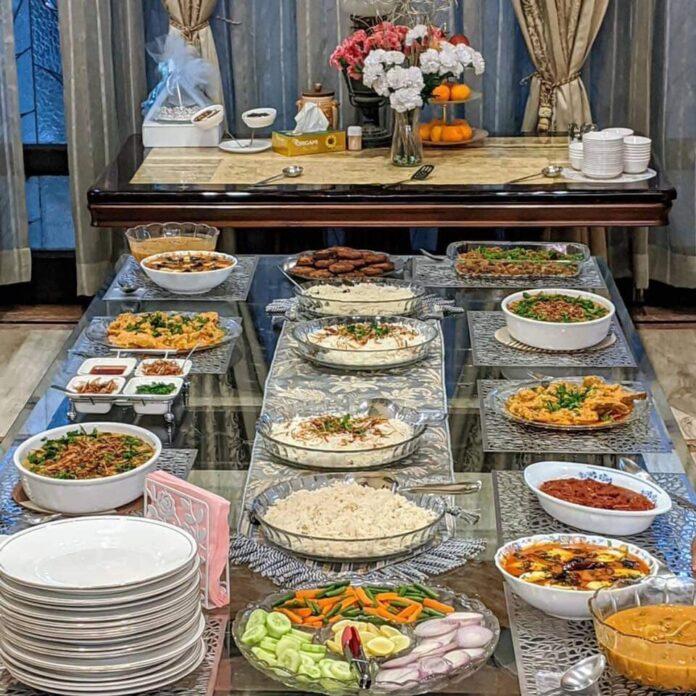 The moment we think of Hyderabad, the mouth-watering flavours of Dum Biryani come to mind. But the richness of this Deccani cuisine cannot be limited to a few dishes. The biryani is only the beginning of a unique experience that kindles the human palate to the brink of ecstasy.

KHASSA’s exquisite menu goes beyond the expanse of the present-day definition of Hyderabadi food. KHASSA means cooked food in old Hyderabadi and this cooking venture does justice to every bit of this word. The brand aims to cater food connoisseurs and those who are looking to experience sumptuous, authentic and fulfilling Hyderabadi food.

Exploring the lengths and breadths of Hyderabadi cuisine is Home chef Shahnoor Jehan, who brings back ancient relics dating back to over 100 years in the form of signature gourmet compositions.

A true-blue Hyderabadi, Shahnoor is the daughter of IAS officer Late Shaukat Ali Khan, while she gets her blue blood from her mother Late Faiq Jehan, who was of royal descent. While Shahnoor’s passion for gourmet cooking is quite evident from KHASSA’s menu, she also proudly owns the key to her grandmother late Muzaffar Unissa Begum’s secret recipes.

Shahnoor has successfully kept alive some of the blue blood line recipes that have travelled through time all the way from her grandmother’s old home at Hyderabad’s now Rajbhavan which was earlier known as Shah Manzil. Shahnoor’s true Hyderabadi roots and special ancient cooking techniques help her to infuse genuine aroma into her signature dishes such as Haleem, that she has bequeathed from her mother-in-law, Late Begum Shaheda Samad.

And it is this uniqueness that has taken this home chef run business beyond the threshold of Shahnoor’s home to commercial success. KHASSA’s clientele includes leading corporate houses, elite households and food connoisseurs across India, the UAE and other parts of Asia. While Shahnoor always loved to cook and serve for her family and friends, she never thought she would be making a business out of her passion.

This Hyderabad-based kitchen began as a small venture in 2015 as daughter Nimrah Mirza pushed her mother to explore more and transform her home cooking experiments into a formal catering venture especially through her son Sohrab Mirza’s friends constant encouragement.

Shahnoor thought this was a great opportunity for her to showcase to the world, some of the inherited recipes that had been passed down through generations and were kept alive by only a few in the family. Since then, the brand has managed to carve a unique niche for itself as one that creates actual ancestral recipes from across Hyderabad. The brand’s uncompromising attention to detail, and the quality and authenticity of ingredients award it a one-of-a-kind presence in the industry.

ALSO READ:  Is 'Democracy' Being 'Dumped' In Telangana Elections?

Through KHASSA, Shahnoor wants to uphold traditional Hyderabadi cuisine, much of which has been lost over the years. Khassa aims to carry forward the age-old traditional preparations and style of cooking that are fundamental to an authentic Hyderabadi kitchen which are often forgotten or misrepresented in most commercial kitchens. While the brand has no immediate plans for expansion, there is no doubt that it is out there to give true Hyderabadi cuisine its rightful place – in the heart and the stomach of food lovers.

This is a story of Shahnoor Jehan who started ‘Khassa’ which means ‘cooked food’ in Urdu is something along these lines. When it comes to true-blue Hyderabadis, it won’t be far-fetched to say that they tend to stick to the same biryani and paan guy/girl for most of their life. The same rule also applies to cuisines doled out by home chefs, adept at making authentic dishes whose delicate flavours get lost in the play of commercialisation.

Those who know of her food, which goes beyond the usual Hyderabadi expanse of dishes, have stayed loyal to her culinary trappings over the years. A chance suggestion by her family who loved to throw parties frequently made her think about starting a homegrown business specialising in dishes heavily inspired by Yemen.

“The recipes have been in our family for generations. My grandmother was the daughter of the former Sultan of Yemen and brought her own influences in the food when she came to the city. I don’t think anybody has even tried to make these dishes here,” says Shahnoor Jehan who counts among her clientele the old families of the city who yearn for authentic Nizami dishes which often don’t taste the same when had in a restaurant. Among them is Rani Indira Devi Dhanrajgir who Shahnoor sees as a ‘maternal figure’ and often sends over cooked food for her from time to time.

The lady has been quietly running a catering business from the comfort of her home for the past six years and is a dab hand at Khuzi, Haleem, Badam ka khund, Shammi shikampuri and other Yemeni delicacies. As someone who does much of the cooking on her own, Shahnoor says dishes like Khuzi and Badam ka khund take close to six to eight hours to prepare.

“Many guests who have tasted the food have told others about it, so slowly word spread about my food and the business grew organically. Now, people get food packed for the US, Norway, and the Middle East, apart from the orders I get here,” adds Shahnoor.

Her specialities are the Khuzi which is slow-cooked with lamb, dry fruits and almonds, and the Badam ka khund, an entirely almond-based dessert. She generally takes large orders, so call at least two days prior to place an order. If you’re a connoisseur of food and don’t mind experimenting with the cuisines, try Shahnoor’s Yemeni delicacies by calling her on +91 87906 93097 to place an order and timely doorstep delivery. #KhabarLive