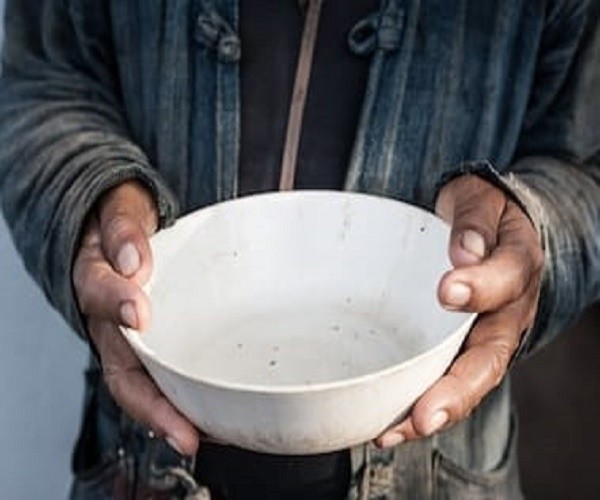 Cutting through the bullshit and getting straight to the point, a local entrepreneur (self-proclaimed) is sending ‘khaali katoras’ to venture capitalists as his sales pitch.

Saying that this is the best presentation he has ever made and conveys his vision thoroughly, Rajdeep, called it a “three-dimensional minimalist PPT deck that accurately informs the VC’s what is required from them.”

“Look, investing is a gamble, one can never be sure of returns, if any,” said Rajdeep.

“You can wear a suit and a tie, take the investor to a nice restaurant, whisper sweet nothings in his ear, hoping maybe the guy will let you go to the third base.”

“I have tried all of this, lekin aajkal bahot nakhre ho gaye hain saloon ke,” continued the charming young lad.

“At the end of the day there is no definitive proof that an idea will see the returns or not. That is why I have stopped trying to convince them.

I know my idea is great and I just need money. Hence, I am now sending empty katoras to venture capitalists. Bhai trust karo aur bhiksha de do.”

“I think it is a bold move and conveys the type of person I am,” said Rajedeep.

Rajdeep said that this is not some half-assed idea. “I am doing this proper entrepreneur ishtyle.”

“There are four major type of katoras and each one has its own features.”

“I am tracking the user engagement with all of them and I am also rotating them around festivals, obviously the allah katoora does well during Muslim holidays and so on.”

“Apparently the Aam Aadmi Party katora is evergreen. That is something we have had the most engagement with,” he added.

Regarding future plans, Rajdeep said if his start up fails he will pivot to this katoora idea and will cater to other entrepreneurs. #KhabarLive