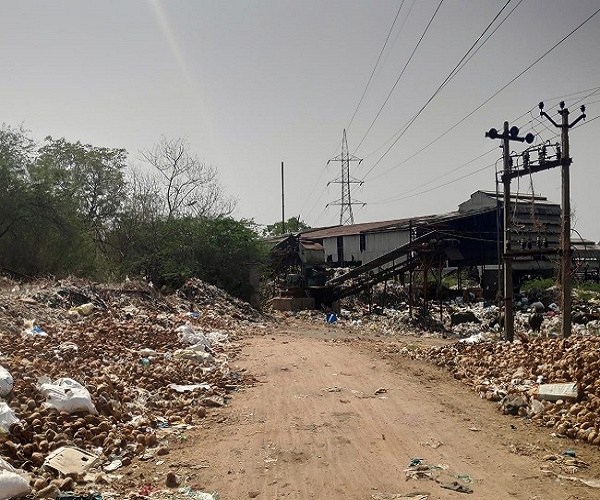 A pungent smell hangs in the air at Peerancheruvu on the outskirts of Hyderabad as one passes through a massive dumpyard. The stench is so strong that many need to cover their nose and mouths as they walk past. This is the situation for hundreds of locals who reside here. When authorities allegedly burn the garbage, it only gets worse. 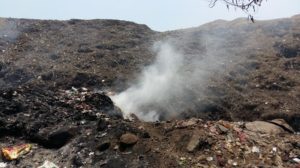 “The smoke from this dumping ground as a result of the garbage burning has made it hard to even breathe,” says Chandrashekhar Reddy, General Secretary of Indus Valley, a colony in the area. “There is smoke every day and it is really harmful, especially for the many children who live in this area,” he adds.

Locals say that the dumpyard in question is part of a campus owned by SELCO, an energy company, but had been abandoned for several years before subsequently becoming a dumping ground. Though within the confines of the city’s Outer Ring Road (ORR), Peerancheruvu is yet to be added to the jurisdiction of the Greater Hyderabad Municipal Corporation (GHMC), but continues to have municipality status on paper.

According to Chandashekar, appeals to the authorities have gone in vain. “We have spoken to the Rajendranagar MLA Prakash Goud and he promised us that he will take care of it, but there has been no action,” he said.

The dumpyard is not only affecting the air quality but the groundwater as well.

“The groundwater is so polluted that you will not find a difference between the colour of the water and diesel,” quips Vinay Reddy, another resident of the area. Residents showed #KhabarLive images and videos of the groundwater and they were not exaggerating. The water is brown and muddy and looks far from potable.

Locals said that when they complained, the officials instead questioned them in return.

“The officials are asking us why we have bought houses here knowing that the situation is so bad. When we asked them to find a solution, they are telling us, the residents, to find an alternative dumping yard for them,” said Vinay. Residents said that those who used this water ended up with a severe skin allergy. 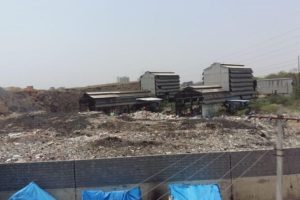 Residents claim that despite their efforts to segregate waste, it still ends up getting burnt in the dumpyard. They claim that all the garbage collection vehicles in the area have been informed by the municipal officials to dump their waste here despite repeated appeals by the residents not to do so.

“From the last two years, we have been trying to get the gram panchayat and government to fix this problem but they have been hesitant because the land is still owned by SELCO. Living here is like living in a boiler, because of the burning,” says Geeta Dinesh, another local, who has taken up the cause.

After residents filed a petition with the Lokayukta in 2016, an order was passed for waste to stop being dumped in the yard considering the environmental hazards it caused. At the time, municipal officials claimed that they had taken action to shift the dumping from this place to the city’s main dumpyard at Jawahar Nagar, but progress was slow.

Meanwhile, the officials maintain that the garbage is not being burnt by them and that the dumping ground is closed. However, when #KhabarLive visited the spot, we found the gates wide open and three vehicles busy dumping more garbage there. “We were told to dump garbage here but we do not burn it,” the drivers of one of the vehicles claimed.

Raju, a manager of the Peerancheruvu Municipality claimed, “The plastic in the dumpyard is getting ignited because of the heat and this is what causes the smoke.” He also said that once a week the waste is being removed from the dumpyard and transferred to Jawahar Nagar as was originally planned. 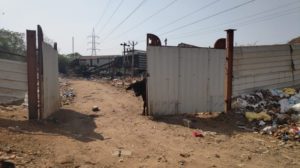 “However, we have not been able to shut down the dumpyard because the land is still owned by SELCO, and we are unable to reach them. We have already told the residents that we have done whatever we can, the rest is up to GHMC authorities to conduct environmental tests and make decisions on what to do,” he said.

Locals say that this problem has persisted for several years and they are disillusioned with repeated assurances from the government. They plan to speak to the MLA once more and if no action is taken, they will stage a dharna in the hope that action is taken.

“If they want all of us to die, they should just say so instead of putting us through all this,” sighs Vinay. #KhabarLive

Citizenship Amendment Act – A Noose Around Necks Of Muslims