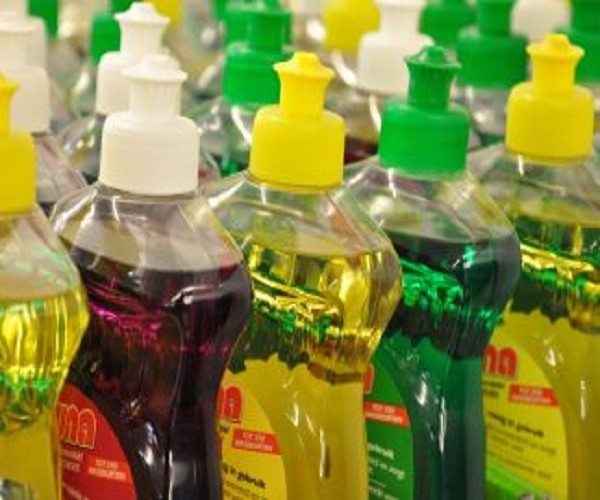 While bacteria were once equated with causing illness, it’s now understood there are some dangerous species, while others are beneficial. So much news, so little time! Science sometimes makes headlines and even more often gives us a different way of thinking about the stories of the week. I’d like to delve into a few timely topics in a sort of lightning round:

Advertising campaigns and a few well-meaning journalists for years persuaded Americans that our homes, offices and bodies are teeming with bacteria and therefore, to be safe, we should use lots of antibacterial chemicals. Now we have growing evidence that triclosan — one of the main antibacterials chemicals incorporated into soaps, cosmetics, cookware, yoga mats and other sporting equipment, mouthwash, and toothpaste — is unsafe as well. In animal experiments it is implicated in gut inflammation, colon cancer and hormone disruption.

There’s only one rational way out of this bind: to think about safety not as a black or white issue, but to consider risk-benefit ratios. After a conversation on this with epidemiologist Sander Greenland of UCLA, I started noticing that news coverage rarely considers risk this way. It’s all focused on whether this or that substance is “safe.”

The FDA did consider both sides of the equation in 2016, when it required companies to phase triclosan out of soaps and body washes, citing safety concerns and lack of evidence for any benefit.

Sure, it killed germs. But given that many of us germy people are healthy, exposure to bacteria is not sufficient to make people sick. There must be other factors required — such as weakened immune system or exposure to particularly nasty strains, such as salmonella.

There may be places, especially in hospital settings, where antibacterial products have lifesaving benefits that outweigh the risks, and other places, such as a typical home kitchen, where consumers might be safer with ordinary soap and a little extra caution when handling raw chicken.

While bacteria were once equated with causing illness, it’s now understood there are some dangerous species, many neutral hangers-on, and some beneficial species living in our guts, as well as on our skin. The authors of one recent study have proposed that triclosan may cause some harm by disrupting good bacteria.Another potentially unsafe chemical, nonstick coating materials, became popular because it was thought to protect people from an even greater evil: fat. Americans were long convinced that it was much safer to cook on dry Teflon than to use butter or even olive oil, which is now considered good for you.

Science Magazine this week announced that after a delay, Congress is forcing the Trump administration to release a report on water contaminated with per- and polyfluoroalkyl substances (PFAS). These are used for nonstick coatings, and to add stain- and water-repellant properties to furniture, clothing and carpets.

There had been previous studies suggesting potential harm, but this new study, from the Department of Health and Human Services’s Agency for Toxic Substances and Disease Registry, indicates a risk at levels that had previously been deemed safe.

People may choose whether to buy antibacterial soaps, stain-repellant pants or Teflon pans, but once drinking water becomes contaminated with anything, people are likely to become outraged because control has been taken away from them. Still, better to have a public relations nightmare than a public health nightmare.

More outrage is likely to flare up this summer over genetically modified organisms as the Department of Agriculture last month proposed a rule for mandatory labeling of GMO-containing foods. The rule will undergo a comment period for the next month or two.

There’s no health urgency. In 2016, a report by the National Academy of Sciences turned up no evidence for adverse effects on human health, at least for the GMO foods that are on the market now. Those include foods containing corn and soy, as well as papayas, which were modified to withstand a virus. On the other hand, labels also pose no risk to consumers.

Nevertheless, both sides are outraged. Consider the new book “Seeds of Science: Why We Got It So Wrong on GMOs.” Author Mark Lynas admits to once being so outraged that he trespassed to destroy test crops. In a piece in last weekend’s Wall Street Journal, he ponders his change of heart and what made him and other people so reluctant to accept the assurances of scientists who know a lot more about GMOs than he and other opponents do. (He’d have a tome for the canon if he could explain more broadly why people can get so puffed up with self-righteousness over matters they know little about.)

Another journalist bemoans that according to one U.S. survey, 88 percent of scientists think GMO foods are safe to eat, while only 37 percent of the public feel so assured. But herein lies a perfectly rational case for people avoiding GMOs: 12 percent of scientists aren’t sure they are safe, and many consumers see no benefit to eating GMO foods, so why risk it?

GMO foods can be a source of cheap calories, one more way in which genetic engineering and other technological advances can provide a buffer against famine. For the socially conscious consumer, supporting GMOs could be a moral imperative.

But most Americans are trying to eat less, not more, of the kinds of processed foods that incorporate corn and soy. Nor are many resolving to eat more burgers made with corn-fed beef. What health authorities say worldwide is that people can benefit from more fruits and vegetables, and quality sources of fat and protein such as nuts and fish.

Saving the papayas was good, and a similar technique might save other crops from blights. Researchers have also invented a fast-growing genetically modified salmon, which could offer a real health benefit by making this relatively expensive food affordable to more people, especially for children who, for optimal brain development, need the omega-3 fatty acids abundant in salmon. After being stalled for years, this new salmon is starting to reach consumers in Canada.

Mandatory labeling could potentially amplify the misperception that GMO organisms are dangerous to human health, but it could also tamp down the “outrage” factor. Recall that risk expert Peter Sandman identifies lack of control as a source of outrage. Labels might help people feel more in control of whether they consume GMOs. Once they have this power and their fear abates, they might be better able to think analytically about GMOs and see real benefits. In the end, labeling GMO foods could help more people to choose to eat them. #KhabarLive

Happy Holi: Do You Know The Actual Story Of ‘Bhang’ And...