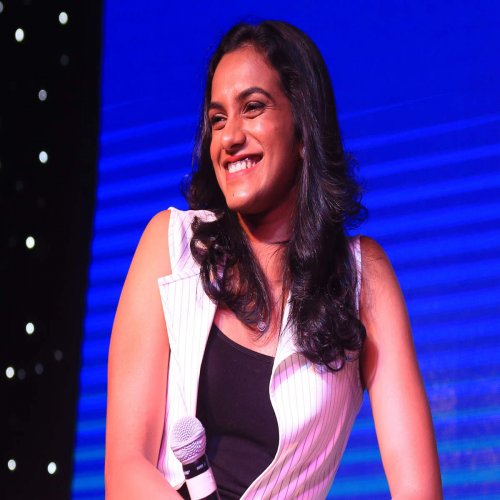 In normal circumstances, PV Sindhu would have celebrated her 25th birthday with one eye firmly on the countdown clock to the Tokyo Olympics which was scheduled to start later this month. The Indian badminton star would have, no doubt, been one of the favourites to claim the gold medal.

As things stand, that crack at Olympic glory will have to wait for at least a year. But for the 2016 Rio Olympics silver medallist this breather has been long overdue. After all, for almost a decade, the hectic schedule on the Badminton World Federation tour and her own training routine that included being on court for training before the crack of dawn have not allowed her to truly revel in her success so far.

Indeed, how many 25-year-olds can boast of having five world championship medals — including the tag of being her country’s first world champion — to go with an Olympic and Asian Games medal. Her yearly earnings are also in the excess of $5.5 million with almost a dozen endorsements and all this in a country where sportspersons from sports other than cricket do not usually enjoy such love.

But none of this is really surprising for anyone who has followed the Hyderabadi shuttler since her early days. The daughter of volleyball internationals PV Ramana and P Vijaya always stood out thanks to her reach, booming smashes and a work ethic that put even the seniors to shame.

During her junior days, Sindhu would be called an all-show player as her naturally athletic body could recover completely between sessions, allowing her to train in multiple sessions. It was understandable why coach Pullela Gopichand chose to put in extra efforts to help her level up at the start of 2011.

ALSO READ:  'Kolar Gold Mines' - The Ghosts Of A Golden Past

Sindhu was 16 then and Gopichand knew that it was the right time to throw the teenager a challenge. She almost pulled off a great achievement when she came within touching distance of a qualifying berth for the 2012 London Olympics.

She eventually did not make the cut. But what followed in the next two years proved her giant-killing prowess. At 2012 China Masters, she upset the then-reigning Olympic champion Li Xuerui. At the 2013 World Championships, she beat higher-ranked Wang Yihan and Wang Shixian to become the first Indian women’s singles player to win a medal at the prestigious event.

Since then, Sindhu has won three Superseries titles, one World Tour Finals title and six Grand Prix Gold level crowns on the tour. But she always came into her element in the major competitions like the world championships (reaching three consecutive finals) along with the summit clashes in Rio and the 2018 Jakarta Asian Games.

And as the reigning world champion, she has the world at her feet.

But the big obvious question for Sindhu is: where does she go from here? The Tokyo Olympics gold is still a realistic target but no one is really sure whether the Games would take place in 2021 and at a peak of her prowess does she requires a bigger challenge?

At 25, Sindhu has achieved plenty in her career already. But it would not be an exaggeration to say to she has the talent to get even better, in terms of her standing in the game as a global great.

Just before the 2019 World Championships campaign in Basel, Indian team’s then foreign coach Kim Ji Hyun had spoken about how Sindhu needed to be smarter on the court and be innovative. The South Korean’s point clearly was that if the Indian could achieve so much with certain limitations, the sky was clearly the limit if she overcame those.

While she has won medals in major competitions, she has also suffered some surprising losses on the tour. Since January 2018, Sindhu has reached two Super 500 and one Super 1000 final and won a World Tour Finals crown apart from the major medals. But the statistic that may bother her is that in the last 19 tournaments she has entered, she has been knocked out in the quarter-finals or before 14 times.

And it is this consistency that Sindhu should go searching for from here on as she clearly is at the peak of her physical powers and has the potential to dominate the world tour like Tai Tzu Ying among her peers or Kento Momota in men’s singles.

Sindhu, as a person, is extremely modest and as she says before almost all major tournaments, believes in giving her best and hopes to reap the benefits. She even approaches most of her matches with the same modesty, willing to grind her way to victory when she possesses the skills and the power to probably bulldoze her opponents into submission.

She did that against Okhuara at the surreal 2019 World Championships final in Basel and the results were there for everyone to see: a match where she dropped just 14 points in all.

The long coronavirus-induced break would have given Sindhu ample time to reset her goals for the next few years. She would definitely hope to add more tour titles to her trophy cabinet while continuing to shine at the big events.

But for her to do that consistently, Sindhu needs to come out of her comfort zone in an exercise similar to what coach Gopichand undertook while making her shout in front of the entire academy prior to the Rio Olympics.

This time around she might need to do it on her own. Perhaps, it would help Sindhu if she can build her own support team that provides her the balance required to enjoy her life outside the court while keeps pushing her on it. Of course, her parents and Gopichand must provide the necessary emotional and tactical support.

Additionally, there is also a lesson she can take from one of her arch-rivals and friend Carolina Marin. The three-time world champion and only European to win a women’s singles Olympic gold has never shied away from accepting that she wants to be the best in the world.

And if Sindhu wants to make the transition from one of the most successful players of the current generation to an all-time great, she too needs to start wearing that ambitions on her sleeves. #KhabarLive #hydnews