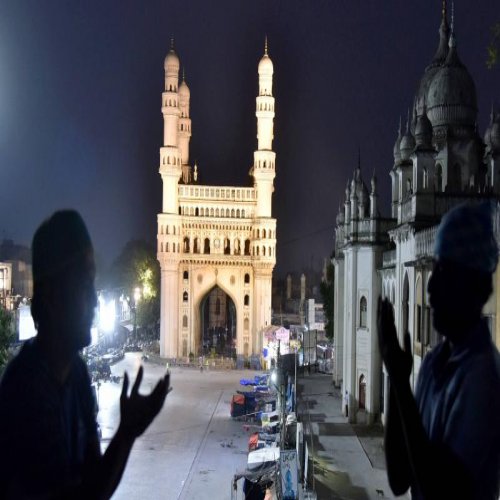 Realising that containing the virus in Hyderabad is key to revival of economic activity in the state, top officials are busy working out a special strategy to flatten the curve.

With Hyderabad remaining a red zone, the Telangana health authorities are focusing their efforts on the state capital to check the spread of coronavirus.

Hyderabad and its surroundings, together referred to as Greater Hyderabad, remain a worry for state authorities as it continues to report positive cases even as the numbers have ebbed in the rest of the state.

The decline of daily positive cases to single digit since early this week came as a relief to the state, which had been witnessing the surge for over a month. Chief Minister K. Chandrashekhar Rao had even exuded confidence that the state would soon be free of Covid-19.

However, a sudden spike in cases on April 30 came as a blow to optimism. The state in a single day reported 22 positive cases and three deaths – all from Greater Hyderabad Municipal Corporation (GHMC) limits.

Concerned over this, the chief minister alerted the health department and asked it to further tighten the containment norms in the hotspots in GHMC.

A special officer is likely to be appointed to intensify the efforts to check the spread of the virus. The government had recently appointed special officers for three districts and the strategy appeared to have yielded the results.

The GHMC, covering the city and surroundings with a total population of over one crore, accounts for 582 out of 1,044 Covid-19 cases reported in the state as on May 1.

Health Minister Eatala Rajender said with the situation under control in most of the districts, their entire focus is on GHMC. He, however, admitted that given the high population density, the task of containing the virus will be challenging.

As Greater Hyderabad is home to the information technology hub and majority of the industries, flattening the curve is considered key to revival of economic activity in the state.

Strict implementation of perimeter control in containment areas with door-to-door surveillance and tracing contacts of positive cases and sending them to quarantine is the strategy being adopted by the health department in coordination with GHMC and police.

The health authorities have succeeded in tracing those who had attended Tablighi Jamaat congregation and their contacts and they constitute 90 per cent of all positive cases in the state.

That the task is yet to be fully achieved became clear on Thursday when they found that two men tested positive were also attendees of the Delhi meet. They spread the virus to three shop owners at Mahabub Gunj market in Malakpet in Hyderabad. The family members of the shop owners were also quarantined.

The authorities not only sealed the market but also formed containment zones in areas where the five persons were residing.

There are more than 200 containment zones in Hyderabad. With the recent spike in cases, the police and GHMC further tightened the curbs on the movement of people in these areas. “There are strict instructions that nobody from a containment zone should go out unless it is an emergency. We are providing vegetables and other essentials at the door steps,” a GHMC official said.

According to the list released by the Centre, Ranga Reddy, Medchal Malkajgiri, Warangal Urban, Suryapet and Vikarabad besides Hyderabad are in red zones. The number of red zone districts has come down from eight to six. There are 18 districts in the orange zone and nine in the green zone.