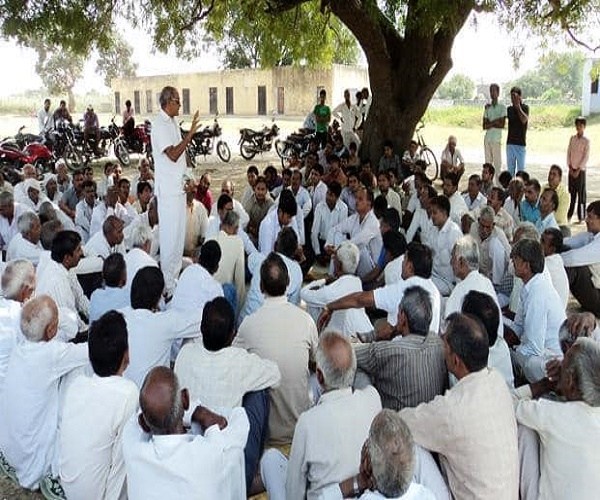 Their negligible numbers, despite being mandated to resolve issues of villagers at their doorsteps, is a travesty of justice. India is celebrating the 150th birth anniversary of Mahatma Gandhi this year. Gandhi made gram swaraj the anthem of his life stating that villages shall work as units of self-government and there shall be decentralisation of powers in all the three branches of the government.

By virtue of the73rd and 74th Constitutional (Amendment)Acts, 1992, Executive and Legislative functions were decentralised. But, unfortunately, it did not happen for the Judiciary, dampening the concept of participatory justice as well as access to free, fair, low-cost and speedy justice at the village level. Even today, access to justice is tightly compartmentalised largely for the educated in the cities and the rich who use and misuse the legal system, leaving the innocent and ignorant villagers at the mercy of the influential.

It took Parliament 22 years after the Law Commission of India submitted its recommendations in 1986 to enact the Gram Nyayalayas Act in 2008. It became operational from October 2, 2009, with the aim of establishing Gram Nyayalayas at the grassroots level for providing access to justice to the rural people at their doorsteps.

The Law
The law envisages that a Gram Nyayalaya be established for every Panchayat at the intermediate level or a group of contiguous Panchayats at the intermediate level in a district, which will be in addition to other courts established under any law. Each Nyayalaya will be presided over by a judicial officer who is eligible to be appointed as judicial magistrate of the first class. Every such appointment is to be made by the State government in consultation with the High Court of that State.

The peculiarity of this law is that every Gram Nyayalaya is a ‘Mobile Court’, which means that along with conducting the judicial functions through headquarters, the Gram Nyayalayas ought to visit the villages under their jurisdiction periodically so that justice is delivered at the doorsteps of the citizens. Another distinctive feature of the Act is that the Gram Nyayalyas have both civil and criminal jurisdiction.

Under criminal jurisdiction, the Gram Nyayalaya can try the offences punishable with imprisonment upto a period of two years. So, it can deal with cases of unlawful assembly, rioting, offences relating to elections, assault on public servant, offences affecting public health, false weight and measures, obscene acts in public, cheating, mischief, criminal trespass, house trespass and criminal intimidation. Besides, it can also try offences relating to theft where the value of property stolen does not exceed Rs 20,000.

Under its civil jurisdiction, Gram Nyayalaya is empowered to deal with civil and property disputes such as right to draw water from well and those related to common pasture, water channels and farms. It has the powers to deal with labour law cases for claims under Payment of Wages Act, Minimum Wages Act and to exercise jurisdiction relating to domestic violence of women and maintenance under Section 125 of the Criminal Procedure Code, 1973.

Imperative Need
This law makes the concept of ‘Participatory Justice’ a reality owing to its genial characteristics. For instance, the court fee for solving a civil dispute is only Rs 100 and every civil dispute must be decided within six months from the date of its institution. Judgements in criminal cases must be pronounced within 15 days from the end of trial.

The law also has provisions for conciliation of civil disputes and plea bargaining of criminal disputes of trivial nature. The language used during proceedings of Gram Nyayalayais one of the official languages of the State, thereby enabling better connect. The law authorises the victim to present the case of the prosecution either in person or through an advocate, which is a key difference from the conservative adversarial system of criminal jurisprudence where only the state led by the prosecution presents the case.

Political Rhetoric
However, when it came to implementation, the law failed miserably at the political altar, dying a natural death. Till 2015, only 159 Gram Nyayalayas were operationalised in all the 29 States and even these suffer from inadequacies in functioning like they work only once or twice a week. Instead of being in addition to the existing courts and creation of a separate cadre of gram nyayadhikari, their work is being added as a burden on the judicial first class magistrate and in some cases even on chief judicial magistrate who is already over-burdened with dockets of old cases.

Hence, taking into consideration the benevolent nature of the Gram Nyayalayas Act, it is necessary that every State must endeavour to establish Gram Nyayalayas for every Panchayat. States must also utilise the Rs 18 lakh non-recurring financial assistance that is given by the Central government for establishing such Nyayalayas. This apart, they must also utilise the recurring expenses of up to Rs3.2 lakh every year for the first three years, so that doctrine of ‘justitia nemini neganda est’ (Justice is to be denied to no one) can be achieved.

Telangana has set a good example on this front. The youngest State that turned five on June 2 has issued notification for the establishment of 55 Gram Nyayalayas in almost all parts of the State. This is a major step that will help people, especially in the villages, get justice without running from pillar to post. It is hoped that the wheels of justice travels till the doorsteps of every deprived and denied citizen of Telangana. #KhabarLive

Has BJP Signalled A Hawkish Approach?