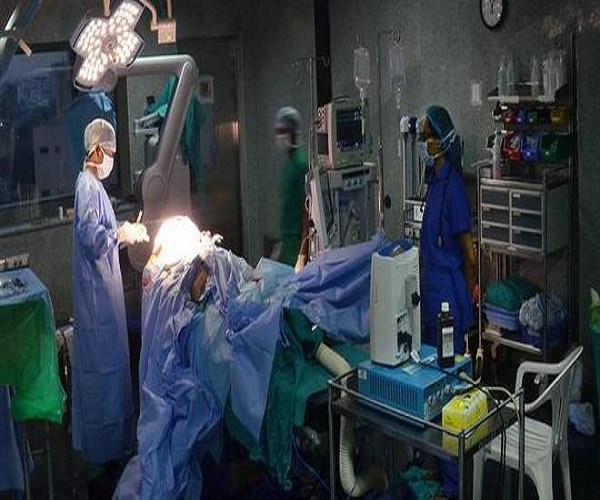 Hyderabad Doctors discuss standard safety procedures to ensure surgical instruments are not left in patients’ bodies. Recent incidents of forceps and cotton swabs/gauzes emerging from patients’ stomachs, months after they were left inside during a surgery, have served as a grim reminder of how standard procedures are not followed during operations.

Senior surgeons working at government hospitals said from the time they learnt how to perform surgeries, they have been following the method where they count the instruments and swabs used before the surgery and tally it with the number after. Incision on a patient’s body is stitched up only after ensuring this step.

Gross negligence
On February 8, a woman was admitted to Nizam’s Institute of Medical Sciences complaining of excruciating stomach pain. Upon X-ray examination, artery forceps was found in her stomach, which was left when a surgery was performed at the same institute in November 2018.

Fortunately, no organ had been injured though the surgical instrument was lodged in her stomach for three months.

An enquiry report on this was submitted to State Health Minister Eatala Rajender. In the first week of March, another female patient was readmitted to Government Hospital in Siddipet when her condition deteriorated. Upon examination, surgical cotton gauze was found in her stomach which was allegedly left during surgery.

Combined responsibility
Superintendent and professor of General Surgery at Osmania General Hospital Dr B. Nagender said a nurse is tasked to count the number of surgical instruments and gauze mops before the surgery. “At end of a surgery, the surgeon in-charge has to corroborate with the nurse that surgical instruments or mops are not missing. Only after confirming that, the incision is stitched.

In case any of it is missing, we check inside the patient’s body, under bedsheets or on the floor. It is combined responsibility of surgeons and nurses to ensure that no instrument or mops is missing,” Dr Nagender said.

Senior surgeons said, at times, radiopaque mops are used so that they can be detected during x-ray exam. These methods are taught during Post Graduate specialty medical courses.

‘Black thread’ method
A neurosurgery senior resident doctor, on condition of anonymity, said that during surgery on brain or spine, one of the methods followed to ensure that mops are not forgotten is to tie one end of the mops with black thread which is at least 10 to 15 cm. “This ensures that the mops can be traced even after after getting soaked in blood,” the doctor said.

ALSO READ:  Telangana Is An Example For Farm Loan Waivers, This Aren't A Long-Term Solution Anymore

Surgeons added that after a mop is soaked in blood, they are either dropped on a mat placed beside the operation table, or hanged to a stand or kept separate so that they can keep a count. #KhabarLive

Is Your ‘Blood Sample’ Flowing Down The Lab Sink?

How Telangana’s ’24×7 Power Policy’ Linked To Groundwater Decline And Farmer...