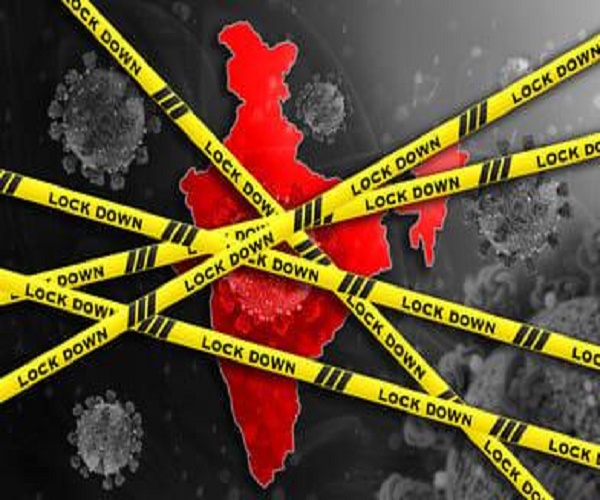 With 16.50 lakh crores wiped out from the economy and all mercantile activity at a standstill, the government would find it difficult to meet its projected revenue targets.

The lockdown has failed. There is no other way of saying it. No amount of statistical jugglery, clever by half graphics and downright sophistry, if not whataboutery, can conceal this fact any longer.

THE MEDICAL FAILURE: What was the foremost objective of this most repressive lockdown? It was to break the chain of infection as the Prime Minister propounded on the night of March 23 in his second address to the nation. Has the said objective been achieved? The answer is no. On the evening of May 14, India “officially” overtook China in the number of infections. At the time of writing, India had reported 85,476 cases as compared to 84,031 in China. Remember China’s pandemic started more than two months before India reported its first case.

China’s reported its first case on November 17, 2019, while India’s first case emerged on January 30, 2020, and that too was a student who returned from Wuhan. India’s numbers are also to be evaluated in the context of the ridiculously low level of testing that we have carried out so far — 20 lakh tests in 106 days for a population of 135 crores and counting. Today, India’s doubling rate stands at 13 days, the highest among the top 15 countries with the maximum number of cases. Doubling time is the estimated number of days it takes for the number of infections to double in a country.

A rather obtuse attempt was made by the government on April 11 to justify the lockdown by quoting an unnamed study. The Centre said that if there were no lockdown, India would have gone from 341 cases on March 22 -– the day country observed the Janta curfew — to 8.2 lakh cases by April 15, a day after the first lockdown ended.

The claim is preposterous and it can be borne out from the fact that it took India 52 days to get from 1 to 341 cases. Now, the government was claiming that in 21 days — sans a lockdown — India would have gone from 341 to 8.2 lakh cases.

PM Modi Announces Rs 20 Lakh Crore Economic Package To Make India ‘Self-reliant’
This anonymous study touted by Health Ministry spokesperson in an official briefing obviously seems to be a “command performance” by some “geniuses” in the government. It was roundly debunked by the Former World bank economist Salman Soz who wrote: “What of the assertions promoted by the Modi government (initially by the BJP) that without the lockdown and containment measures, India would have recorded 8.2 lakh cases by 15 April?

This is where we should truly worry about the competence of our government. To get to 8.2 lakh cases on 15 April from 24 March (492 cases), the average daily growth rate had to be 40 percent. No nation in my sample of 51 countries recorded that type of growth. Russia was the highest at 19 percent. Of course, Russia had imposed restrictions but Sweden had not and its case growth was much lower at 7 percent for the same period”.

Mark the world average daily growth rate of 40%. No country in the world has fortunately reported it till now. Remember there is another set of NITI Aayog “geniuses”, who put out a similar chronology that predicted that India would be at zero new cases by today – May 16.

ECONOMIC FAILURE: Friends, who understand the economic reality better than I do, tell me that a simple back of the envelope puts the economic loss at Rs. 30,000 crores for every day of the lockdown. This means in 55 days we have wiped out Rs 16,50,000 crores from our economy. To put it in context, the total size of the Indian economy is about 2,04,000 crores and the Union Budget for the year 2020-21 is 30.42 lakh crores.

ALSO READ:  'Jawa Motorcycle' - A Time To Ride On 'Nostalgia'

Even before the pandemic, the Indian economy was spluttering. The projected rate of GDP growth was 4.6% and that too at the GDP base year of 2011-12 that gives an artificial fillip of 2%. The previous base year of 2004-05 is considered to be far more reliable by many statisticians who work on measuring the size and rise of the Indian economy. The total budgeted expenditure of the Central government as pointed out earlier is 30.42 lakh crores. The effective revenue mobilization is 22.45 lakh crores leaving a hole of 7.96 lakh crores or 3.5% of the GDP.

With 16.50 lakh crores wiped out from the economy and all mercantile activity at a standstill, the government would find it difficult to meet its projected revenue targets. Rather than sharing this grim reality, which an ill-considered lockdown has thrust our nation into transparently with the people, Finance Minister Nirmala Sitharaman, who in her previous avatar as Defense Minister perhaps developed a soft corner for the artillery, has been firing 155 MM numerical bombshells on a hapless nation. As if numbers can feed empty stomachs.

She has announced a liquidity package of Rs 20 lakh crores that smells and feels like a “loan mela without telling the country how it will be financed. Is she planning to borrow money, print more currency, go to the Bretton Woods institutions for the economy in the current state just does not have the wiggle room? Unlike in 2008, when the great economic meltdown hit the world, India was able to come out unscathed because the economy was growing exponentially at over 9% for the three preceding years.

That the liquidity package betrays a lack of basic economic understanding is evidenced by the fact that when people need cash — a handout from the government to get over bad times you are asking them to take loans — a liability that they are bound to repay or face legal consequences for.

THE SOCIAL FAILURE: However, the worst is how the social contract between our migrant workers and the state has all but been ripped to shreds. As an eminent writer in his essay, the Migrant very eloquently put it: “They are not fleeing the pandemic; they’re fleeing us. They took one long, clear, searing look at us – identified us as the industrial-strength ingratiates that we are – and they packed their bags and left. It wasn’t the bug, it wasn’t being denied wages, it wasn’t heating, it wasn’t the filth, it wasn’t even the slumlord’s overnight eviction. They just realized who we were – people who saw other humans as essentially a replaceable means to an end – and they decided to replace us.”

The poor are intrinsically aware that their employers are selfish, self-centered, self-obsessed despicable creatures, who would throw them out on the streets without even batting an eyelid. They also know no “Mai-Baap Sarkar” or court of law will stand by them in their hour of need. In the past 55 days, we have proven their worst fears true. We beat them, brutalized them, bathed them with bleaching powder, detained them in the name of quarantine, and then left them on the streets to take the brutal road home.

Then the government rubbed salt into their wounds by telling them, ‘Hey if you make it back home; if God is with you; if you do not become roadkill on the way, there is Rs. 7.20 of Rice and Gram per day waiting for you.’ The chimera of a bright future.

India did not require a lockdown. It required a smart containment strategy. Yes, the infection numbers would have been more but given that our fatalities have been less, we would have managed not eviscerated the soul of our nation. #KhabarLive #hydnews

‘Serlingampally Constituency’, The ‘Richest’ And ‘The Best’ In Telangana State

Posing With Napkins For Akshay Kumar’s ‘PadMan’ Is A Good Idea,...