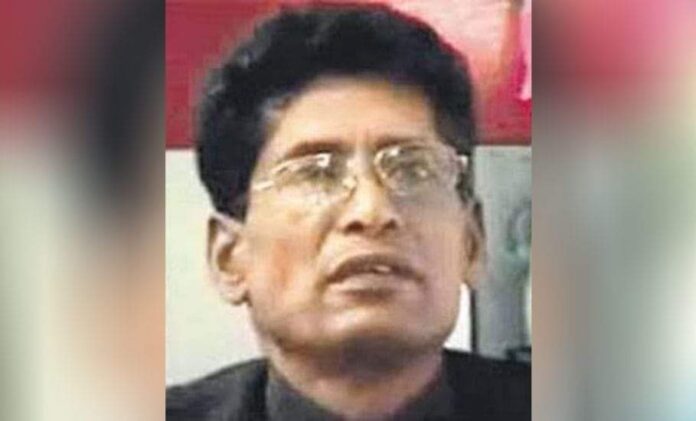 This is the first time that a former boss of the outlawed outfit is set to return to the social mainstream. Maoist top gun Ganapathi, alias Muppala Lakshman Rao, who carries a reward of ₹1.5 crore on his head, is likely to surrender soon.

Though there is no official confirmation, sources familiar with the Maoist movement and in the Telangana intelligence department have indicated about his imminent surrender on health grounds.

However, the CPI (Maoist) has dubbed as “brutal lie” the reports of Ganapathi’s imminent surrender and said they were part of a “propaganda conspiracy” by the Narendra Modi government.

Ganapathi was at the helm of the outlawed Naxalite outfit for over three decades. He had stepped down as general secretary of the CPI (Maoist) in November 2018 to make way for Namballa Keshav Rao, alias Basavaraj, who was then heading the central military commission and People’s Liberation Guerrilla Army of the party.

He is now a member of the party’s central committee and largely confined to the role of advisor.

“The Maoist veteran has sent feelers to the Union Home Ministry and also the Telangana police. He wants to surrender on certain conditions which are not clear as yet,” said official sources.

There is a strong buzz in the Telangana security establishment that the former Maoist boss wants to join the social mainstream. He is believed to be suffering from multiple ailments including diabetes, asthma, and severe arthritis.

ALSO READ:  Now, Register Online Any Crime Across Telangana With The ‘E-Petty App’

For the last two years, he has not been active in the organisation but playing the role of an advisor.

If his surrender comes through, it would be the first time that a leader of Ganapathi’s rank is giving himself up and would be seen as a major event in four decades of Maoist history.

The CPI (Maoist), however, said in a statement issued in the name of the spokesperson of its central committee, Abhay, “The Modi government is maliciously propagating the surrender story to deceive the people and divert attention from the growing protests against its fascist policies.”

The Maoist outfit said that Ganapathi had ‘voluntarily’ taken the decision to ‘quit’ the general secretary responsibility two years ago due to age-related ailments. “It has no relation with this brutal lie (of a reported surrender offer),” the statement said.

Pointing out that several civil rights activists had been sent to jail after being dubbed as urban Maoists, it said the NDA government was facing the wrath of the people, both domestically and internationally.

A science graduate from Karimnagar district of Telangana, Ganapathi led the ultra-left outfit for over three decades and was instrumental in the merger of People’s War Group (PWG), founded by the charismatic revolutionary ideologue Kondapalli Seetharamaiah, and Maoist Communist Centre of India (MCCI), which resulted in the formation of CPI (Maoist) in 2004.

Though several senior Maoist leaders, involved in attacks on high-profile targets, had surrendered in the past, this is the first occasion that a former boss of the outlawed outfit is set to return to the social mainstream.

“We have reliable information that along with Ganapathi, his close associate Mallojula Venugopal Rao is also contemplating surrendering to the government. We welcome even if any other Maoist leaders join them to surrender,” said a police spokesman.

Mallojula Venugopal Rao, also known by names like Bhupathi, Sonu, and Abhay, is a member of the politburo of CPI (Maoist) and Central Military Commission.

When contacted, a top police officer said that the provisions of the existing policy on rehabilitation of surrendered Naxalites would be applicable to Ganapathi as well.

As per the policy, surrendered Naxalites are given the amount equivalent to the reward declared on their heads. They will be allowed to lead normal lives, though the cases involving heinous crimes would continue to be pursued against them.

According to sources, Ganapathi had offered to surrender to the police through some of the ruling Telangana Rashtra Samithi (TRS) leaders close to Chief Minister K Chandrashekar Rao, popularly known as KCR.

The surrender is likely to materialise in a couple of days.

Ganapathi is said to be constantly on the move, shifting from his hideouts in Chhattisgarh and Maharashtra.

According to police sources, Ganapathi was asked to step down from the general secretary post as part of restructuring of the central committee and also because of his advancing age and ill-health.

Hailing from a land-owning family in Birpur village of the erstwhile Karimnagar district, Ganapathi worked as a teacher before joining the Naxalite movement during the Jagtial peasants’ movement in the late 1970s.

A close follower of Kondapalli Seetharamaiah, he rose to the top ranks within a decade and established contacts with international Maoist organisations. He is seen as an ideologue of the Maoist movement in the country.

The Maoist outfit had supported the Telangana statehood movement spearheaded by KCR in the early 2000s. Incidentally, both Ganapathi and KCR are from the erstwhile combined district of Karimnagar in northern Telangana.

At least in the initial stages of the Telangana agitation, there were several Naxalite sympathisers among the TRS Cadre. #KhabarLive #hydnews