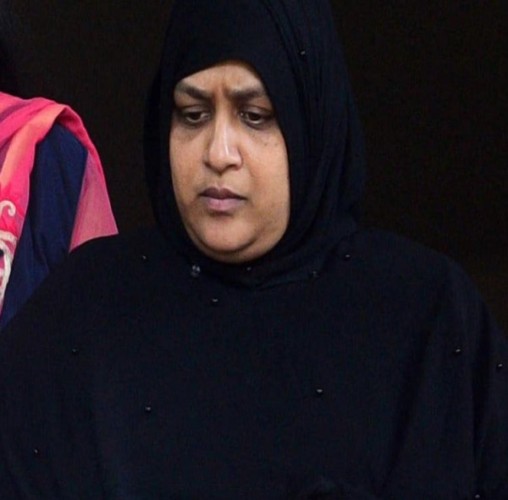 Hyderabad based Heera Group sole owner Nowhera Shaikh’s is a story of ambition and enterprise gone wrong, but the Class IX dropout’s ability to run small, informal but profitable businesses was obvious from the outset.

The daughter of a cleric who led the namaz in a mosque near Tirupati, she is the oldest among five siblings. Shaikh graduated early from being a vegetable vendor in the town to one buying and selling used clothes and then venturing into trading in gold. That proved the turning point.

“She dropped out of school and studied Islamic education in a madrassa for a couple of years,” said an investigator. “During this time, she came in contact with several women in her village. Shaikh told us that she began to sell them jewellery that she would buy from goldsmiths. Shaikh claimed that in 1997-98 she formed a women’s group that invested in her business and she would share the profits with them regularly.”

The scheme flourished. In 2008, her women partners insisted they form a company to run the business on a larger scale. This was when she formed her first firm, Heera Gold, and got it registered in 2012 as a private limited company.

Next, Shaikh roped in her sister, Mubarak Jahan (39), and assigned her responsibilities. Brother Ismail (42) too joined them as an employee. Later, she went on to form another 16 companies all starting with the name ‘Heera’ in a range of businesses including food, retail, construction, travel and jewellery. The group has offices in Maharashtra, Andhra, Telangana and overseas in Bahrain, Qatar, Saudi Arabia, Dubai, Oman and Kuwait, employing more than 500 in all.

Shaikh told police she filed zero returns for 14 of the firms she set up, while for the other three she paid Rs 55 crore as income tax. So far, 50 bank accounts linked to her firms have been identified.

Her network had apparently expanded to Africa. She visited Ghana to strike a deal to import gold. She would buy raw gold from Ghana mines, she initially told police. Later, she allegedly changed her version and said she was sourcing the metal from two jewellers in Mumbai. The last major gold consignment she bought was for Rs 35 crore.

In 2007, Shaikh married one Sanaullah Qureshi alias Salman, who was in the real estate business. The couple had a daughter. The marriage ended in 2014. Shaikh told police that her husband felt threatened by her success and had begun squandering her wealth.

The only time she got into trouble was in August 2012, when Hyderabad MP Asaduddin Owaisi lodged a complaint alleging that she had cheated investors. She was not arrested but in May 2014, sleuths busted a hawala gang in Hyderabad and seized Rs 84.7 lakh cash from them. Those held included two employees of Heera group.

While running her business, she managed to obtain a degree in business management and doctorate in marketing, both from an open university in Colombo. She started an Arabic madrassa, Jamiathun Niswan, in Tirupati too, which has 875 female students. She planned to build an Islamic international university in Andhra Pradesh and placed advertisements in newspapers for the purpose.

Last November, Shaikh launched a political party—All India Mahila Empowerment Party—at a five-star hotel in Delhi. Her symbol was a diamond. Several film and sports personalities attended the launch. Her party managed barely 0.3% vote share in the 2018 Karnataka assembly elections though she had fielded candidates for all 224 seats.

The party lost everywhere. In May 2018, seven of her candidates filed a cheating case against her with Bengaluru police. Next, as her firms began to default on payments, irate investors began seeking help.

Mumbai police, which has been receiving complaints every day since the scam broke, has written to concerned authorities seeking to appoint forensic auditors who can help unravel the intricacies of the case. #KhabarLive