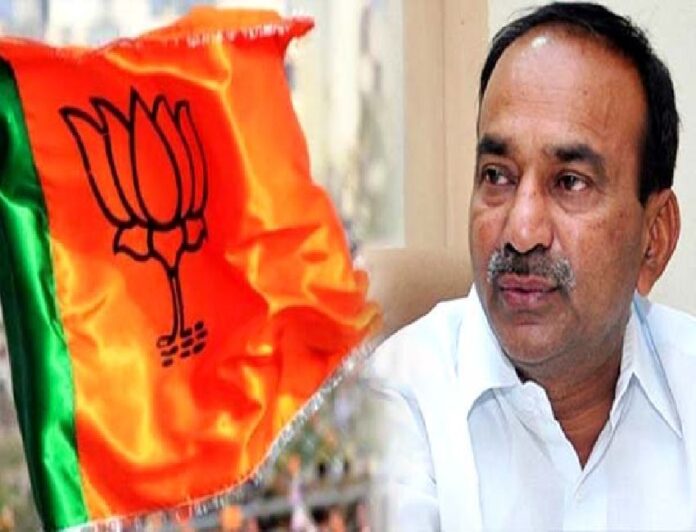 For Bharatiya Janata Party’s state unit at least, talking about ‘iron discipline’ is one thing and following it in letter and spirit is quite another. Scratch the surface, BJP is like any other political party, say observers who are privy to the internecine quarrels over former health minister and TRS leader Eatela Rajender’s moves to join the saffron party.

The buzz over the probable entry of Eatela refuses to die down in Telangana BJP unit. Now some of the the BJP leaders have started criticizing one another openly, like in other parties.  The issue over Eatela’s entry has divided local leaders into two groups. In the Telangana unit of BJP, there is an internal fight between leaders representing BCs on the one hand and those backing Reddy communities on the other hand.

According to BJP sources, Telangana BJP president and MP Bandi Sanjay has become de facto leader of BC leaders within the party and Union Minister of State G Kishan Reddy has become the virtual leader of those representing the Reddy community.

While BC leaders welcome Eatela’s entry into BJP, Reddy leaders are not all that happy on this point. Former minister and BJP leader Peddi Reddy has declared openly that if Eatela joins BJP, he would leave the party. In the past Peddi Reddy represented the Huzurabad Assembly constituency. He is hoping to contest from the seat in the next Assembly elections. Peddi Reddy has no doubts whatsoever that once Eatela joins TRS, the Huzurabad Assembly ticket will be given to Eatela or his wife Jamuna. Peddi Reddy’s resolve to quit BJP upon Eatela’s imminent entry has blessings from top BJP leaders from Telangana. However, Bandi Sanjay is very firm on admitting Eatela in the party.

A top BJP leader commented: “Before joining itself Eatela has created a buzz in Telangana BJP. After joining, what will happen in the party is creating interest,” said a BJP leader. Another top leader in Telangana BJP said Eatela from his youth had been left-oriented, but his reported decision to join BJP was only for self-protection.

Sanjay said that Eatela would join BJP in a week. He said that that Eatela was seeking legal opinion over the implications of his quitting TRS and MLA post. Sanjay said Etala was joining BJP without any assurance from the saffron party. #KhabarLive #hydnews