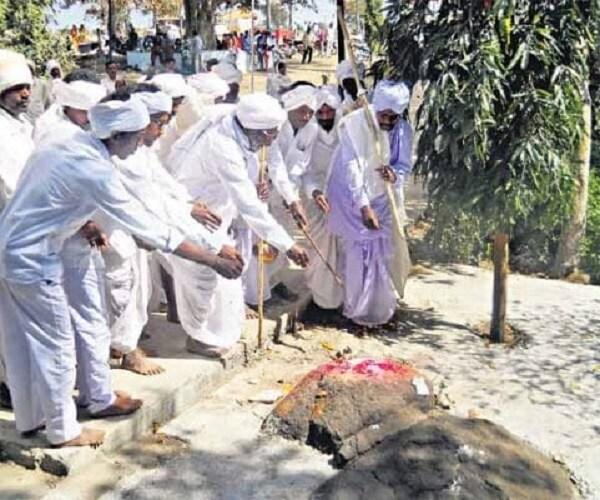 The centuries-old spiritual activity of humans, the ‘Nagoba Jatara’, an important cultural and religious affair of Mesram clan members belonging to Raj Gonds, is a major fair of Telangana. Its glory continues to go up year-by-year. Its sanctitude remains as fresh as it used to be in ancient times, defying modernity and tests of time.

No Adivasi or ethnic tribal man can recollect the exact year in which Nagoba jatara began to be celebrated. There is no authentic document or historical evidence to know the genesis of the affair. According to Raj Gonds, one of the tribal communities dwelling in Adilabad district, Mesrams have been worshipping the serpentine god, Nagoba or Sheshanag, by congregating at the holy place at Keslapur village in Indervelli mandal since time immemorial.

Unique traditions
Nagoba Jatara, a five-day long ceremony, gained significance for a series of unique rituals. For instance, Mesrams trek for over 150 kilo metres for fetching water from Godavari river in order to purify the temple. They draw water from a spot called Hastina Madugu of the river near Kalamadugu village in Jannaram mandal. They fill the water in a 1,400 year old brass container and bring it to the shrine.

ALSO READ:  Why KTR Is Being Pampered As Future CM By TRS Cadre In Telangana?

In the evening, they along with elderly women organise Bheti Koriyal or Bheting, the introduction of newly wedded daughter-in-laws to the deity and elders of the clan. The daughter-in-laws are allowed to take darshan of Nagoba only after this ritual. They are not permitted to do so till the ritual is organised, as per customs of the clan.

Month-long affair
Initially, the members of the clan gather at the shrine and organise a meeting to discuss the important events to be conducted as part of the fair celebrated in the month of Hindu calendar year Pushya. They also carry out publicity about the fair in eight villages of Indervelli, Ichoda and Bazar Hathnoor mandals by traversing on bullock carts for a period of 10 days.

Then, they converge at Keslapur and decide the course of journey for bringing water from Godavari river. Around 100 members set off to Kalamadugu and cover 155 tribal villages when they carrying out this task. They reach the mandal headquarter of Indervelli and perform traditional prayers at Indradevi temple before heading to Keslapur.

Later, they assemble under sacred banyan trees near the shrine and stay there for four days as a customary tradition. They reach the temple of Nagoba and perform prayers in the night. Women fetch water from an ancient holy pond and mix it with Ganga jal in order to clean sancta sanctorum of the temple. Elders of this clan also act as priests.

Source of entertainment
Over time, the jatara has also become a source of shopping and entertainment. The ethnic tribes purchase items required for solemnising marriage of their daughters at the stalls erected in the fair. They visit the circus, stunt shows and take rides on the giant wheel. Youngsters participate in traditional modern sports including bullock cart race, cricket, volleyball, etc. They buy personal accessories, audio and video CDs.

Confluence of tribals
Devotees belonging to various parts of not only Telangana, but also neighbouring Maharashtra, Chattishgarh, Madhya Pradesh, Odisha, Andhra Pradesh and many other places converge at Keslapur. They throng the shrine and perform prayers. On an average, around 25,000 pilgrims throng the shrine every day, according to information provided by authorities of tribal welfare department.

Grievances galore
As part of the fair, a Praja darbar being organised since 1946 is conducted inviting ministers and authorities for addressing tribal grievances. It sees thousands of petitions submitted by the tribals. It was launched by famous anthropologist Prof. Christoph von Furer- Haimendorf for enabling ethnic tribes to bring their problems to the notice of the authorities concerned who resolve the issues by laying special focus on them. #KhabarLive 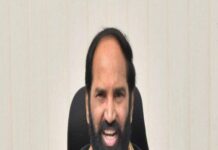 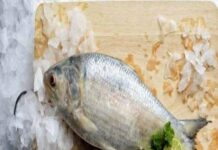