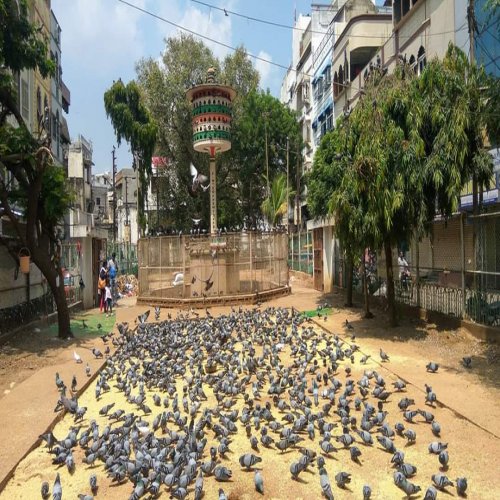 Its more of a engineering marvel , constructed on a single centrally supported octogonal pillar bearing heavy weight of cylindrical cantilevered structure , having six stories of pigeon holes all around the and a circular canopy projecting out on the top , for protection from rain and sun. 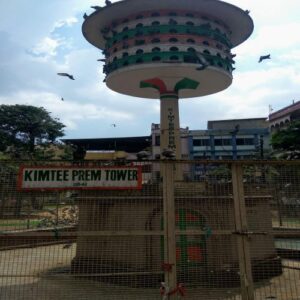 This beautiful  “Kimtee Pigeon Tower” located deep inside the bylanes of Hashmath Gunj Koti in Hyderabad. In the middle of a barricaded square , is this “Pigeon Tower” very lovingly and dedicatedly constructed by famous “Kimtees” an old marwadi family of Hyderabad.

The love for pigeons is a tradition in Hyderabad. The Qutub Shahi kings and the Nizams loved these winged messengers and patronised many coops all over the walled city. The Purana Kabutarkhana in Hussaini Alam is more than 200 years old. It was built by Siddi Ibrahim, a descendant of Quli Qutub Shah. It has around 135 pigeonholes, which can house more than 800 birds. Then there is Hasmathgunj sanctuary where thousands of pigeons were cared for by migrant Rajasthanis.

But there is also an exciting angle to rearing of pigeons in the walled city, which is on the path of revival. Pigeon sports are popular in the Old City. These include Tugudi, Homer pigeon races and Tumbler racing. While Homer pigeon race is a long distance flying competition, Tumbler is all about testing the endurance of the bird. Tugudi is a sport involving several groups of pigeons.

Homer pigeon racing in the Old City, a dying sport until recently, got a boost after a club was formed in Santosh Nagar–Hyderabad Homer Pigeon Club. Arif, a software professional and member of the club, said: “Many locals have joined hands in reviving the sport. We started this club as we were fascinated by the pigeons’ ability to return home from far away places, sometimes even after a year,” added Arif.

The principles of pigeon racing haven’t changed much since Qutub Shahis. Specially trained messenger pigeons, also called racers, are taken to a particular venue and released. The one that returns home fast is declared the winner. Hyderabad Homer Pigeon Club generally begins their four-month-long racing season from January.

“No where else will you find a club like ours. We have only 10 members. Condition is that they must be genuine pigeon lovers,” pointed out club Vice President Abdul Samad. When asked whether racing is legal, President of the club, Shaker Numan, a doctor, claimeds this racing is legal. “We all love pigeons and take care of them as of our own children. There is no betting in the race,” he stressed. 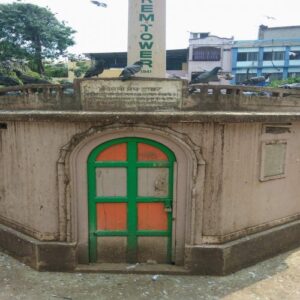 Pigeon racing is not limited to Hyderabad, there are groups that train pigeons in racing in cities such as Bangalore, Chennai and Kolkata. “I have participated in racing in Bangalore,” Arif said. Samad, who has almost 15 years of experience in grooming homers, has 30 pigeons at his home in the Old City and with a variety of homers such as blue checker, blue bar, black checker and red bar. “I think I have inherited this passion for pigeons from my uncle. I used to train them until we came up with the idea of a club,” Samad said.

Homers, a breed of pigeons, are racers. They are fit for racing when they are between eight months and 5 years of age. The birds are taken to a particular point which is generally equidistant from the homes of the owners called as fanciers. A chit with a secret code is tied to the claws of each pigeon. Once they are released, the first one to go home is declared the winner. The fanciers then have to call the organisers and report the code. The first to do so is the winner.

“Training of homers generally starts when they are three months old and are made to fly around the house until they complete one year. Important part of the training is tossing,” Samad said. Samad takes his pigeons for tossing every Sunday. “Tossing is as simple as taking your birds to a place at a calculated distance and letting them come back home, and then calculate the timings taken each time. It’s a long process.”

Even after years of experience, Samad still doesn’t understand how these birds come back home so easily. “It is all in their eyes. An experienced trainer knows whether they are good for racing, breeding or not by looking at their eyes”. The owners put a ring to the claws of the pigeons with the name of the club embossed on it.

The diet of homers is also special. Around 10 different grains, including maize, corn, millet, safflower and grams, are mixed well and are fed once a day whereas breeders are fed thrice along with courses of multi-vitamin tablets.

It was in 1941 that Jamnalal Ramlal Keemti built the sanctuary in his wife Prem Bai’s name. He set up a tower to house five pairs of pigeons in the middle of Hasmathgunj, a predominantly Rajasthani colony, near Sultan Bazar off busy Kothi area.

The migrant family of Keemti from Rampura of Rajasthan settled down in the Hasmathgunj area some 150 years ago. “My great grandfather was chief jeweller for the Nizams and he used to make all the important ornaments,” said Rajkumar Keemti, the present generation Keemti, who is keeping the tradition in more than one way.
He now oversees the welfare of the pigeons, which grew in numbers.

Now, there are more than 10,000 pigeons that live in the Keemti Prem Towers, a circular miniature apartment complex for the winged friends standing aloft on a single pillar. Down the years the quiet, unobtrusive and active symbols of peace and unity have made the Prem Tower their home.

Every day from dawn to dusk scores of pigeon lovers pile on sacks of grains in the small park set up by the members of Hashmatgunj Pigeons Welfare Association. Every day 30 to 40 bags of jowar, bajra and fried split peas are fed to the pigeons here. Mani­kanth, a volunteer at the Prem Tower, said: “Just like we Jains, Kabootars are strict vegetarians. They would rather die but never kill small organisms for food. This is why I have decided to volunteer work here.” 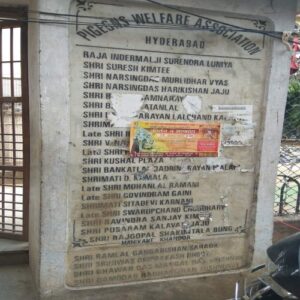 Another trader Kantilal Jain of the Old City, who makes a point to visit Hasmathgunj every day, said that they are addicted to the sounds and sight of pigeons in the park. “It’s like going to a temple every day. I am addicted to the sight of the park here and the pigeons waiting for us to feed them,” added Kantilal a hardware shop near Abids.

Others believe that feeding the birds bring them good luck. “Wishes of at least 95 per cent of the visitors are full filled. So there is no dearth of people coming here to feed the birds. There are a few shops outside where any one can buy the feeding grains and try their luck,” Manikanth said. #KhabarLive #hydnews #innlive

#HappyDiwali: ‘Diwali’ Spirit ‘Lights Up The Darkness’ Of Hyderabad

‘Koh-E-Moula Ali’ Gears To Celebrate The ‘Birthday Of Hazrath Ali’ By...

Don’t Miss This Checklist Before Shifting To A ‘Rented House’ In...