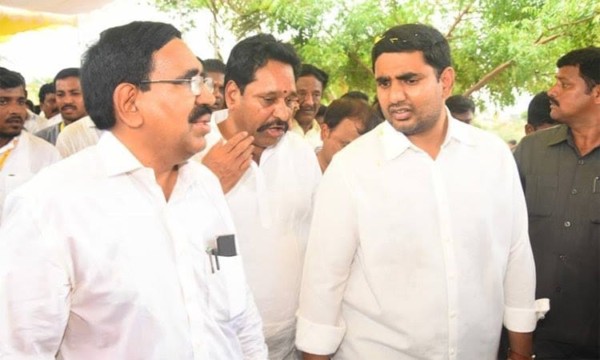 Reports are emerging that a huge contingent of IT sleuths have descended in Vijayawada last night and there are rumours of Simultaneous IT raids on several Ministers and TDP Leaders. Sources say that the target is all Bigshots of TDP who are capable of funding the party. Some Media Channels are reporting that Minister Narayana is being raided.

TDP Leader in Nellore, Beeda Mastan Rao was raided the other day. Mastan Rao is having aqua and other firms in Nellore district and also in various parts of the country. IT officials conducted raids on the firms simultaneously on Thursday morning. MLC and TDP district president Beeda Ravi Chandra is the brother of Mastan Rao.

These raids came hours after Telangana Chief Minister K Chandrasekhar Rao claimed that Chandrababu Naidu is funding Congress Party’s Election Campaign in Telangana. KCR threatened Chandrababu Naidu of dire sequences and warned ‘Your life will be miserable if I open the Third Eye”.

Similar IT raids happened on the leaders of Congress who are capable of funding during Karnataka Elections. Political Experts say this very much indicates that KCR and Modi are on the same page. BJP’s Strategy in Telangana is only confined to restricting Congress with the intention of KCR helping them if needed after 2019 Elections. #KhabarLive

The Impact Of KCR’s ‘Federal Front’ Power Will Visible Only After...