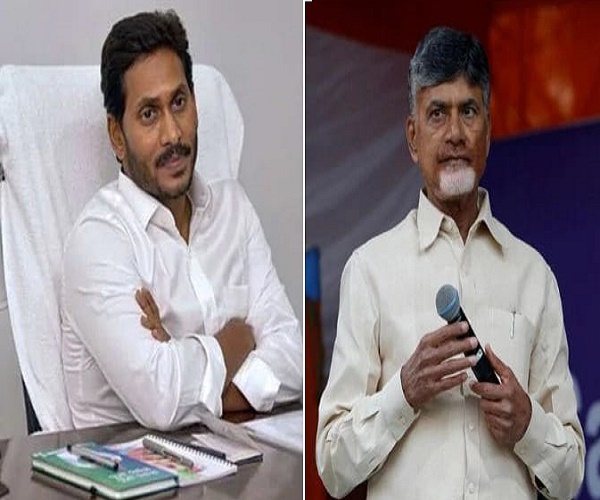 Chief Minister Jagan Mohan Reddy plans to have three capitals for Andhra Pradesh for the decentralized and equitable development of all three regions. But the Telugu Desam Party (TDP) is determined to scuttle it.

Telugu Desam Party supremo Nara Chandrababu Naidu is roping in other political parties to prevent Chief Minister YS Jagan Mohan Reddy from pursuing his plan to have three capitals for Andhra Pradesh – an executive one in Visakhapatnam, a legislative capital in Amaravati and the judicial in Kurnool.

They will challenge in court the state’s decision to adopt a bill on the three bills passed by the legislative assembly after it was referred to a select committee by the state legislative council. Naidu’s contention is that while a bill is under review by one house in a bicameral legislature the hurried adoption in the other house, where the ruling party has a majority is a gross violation of the Constitution.

On June 17, both houses were adjourned sine die, without the council taking up the critical bills pertaining to the three capital plan. The day before, the legislative assembly passed the Andhra Pradesh Decentralisation and Inclusive Development of All Regions Bill 2020, which proposes three capitals and the bill to repeal the Andhra Pradesh Capital Region Development Authority Act 2014 by presenting them for the second time in the Assembly.

Reddy’s plans to shift the state secretariat and other government offices to Visakhapatnam, downscale the proposed development of Amaravati proposed by the earlier TDP government and develop Kurnool, (capital of Andhra when the Telugu speaking regions were separated from the old Madras state) as the judicial capital. This, according to Reddy, is the strategy for the decentralized and equitable development of all three regions.

In January, the state High Court ordered the Reddy government to maintain the status quo on shifting offices away from Amaravati to Visakhapatnam. The ruling party has 151 members in the 175-seats legislative assembly while the TDP has 23 of whom three have shifted to the YSRC. In the 58-seats legislative council, the TDP has 28 members, a lead though short of a majority, while the YSRC has only nine. Here, six TDP MLCs indicate they switched loyalties to add to the challenges of Naidu in opposing the three capital plan.

Accusing the legislative council of stalling legislation adopted by the legislative assembly, the CM had resolved to dissolve the Council. But to do that the state needs central clearance and Reddy is waiting for it. Meanwhile, hoping that the three capital plan will meet wider approval, the related bills were introduced again. Both bills could be deemed to be passed after July 17.

If the legislative assembly passes a bill for a second time with or without amendments and then sends it to the Council and more than a month passes without the Council acting on it, then the bill will be deemed to have been passed. But the TDP is determined to scuttle it. Now, it hopes to stall the plan in court. #KhabarLive #hydnews