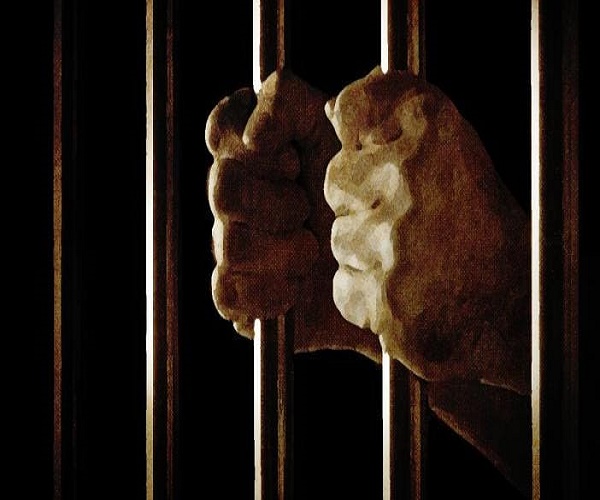 Three remand prisoners in Kerala’s sub-jails tested positive for coronavirus. Their test results have jolted the state’s law enforcement machinery, which has shut down three police stations, sent 150 persons into quarantine, and is now scrambling to test new entrants to its correctional centers.

A state government that was otherwise successful in tackling the pandemic, Kerala is now faced with a mammoth logistical conundrum of testing new inmates and preventing COVID-19 from spreading in prisons.

However, far from being a problem unique to Kerala, this issue is prevalent across India – and it has taken a pandemic to highlight it. COVID-19 has exposed the overcrowding in the country’s prisons, with several states now taking rushed measures to arrive at solutions.

Maharashtra decided to release 17,000 incarcerated persons on May 12 as per a Supreme Court order directing states to decongest prisons. Prison officials in Maharashtra, which is among the worst-hit states in India, had attempted several measures including mandatory wearing of masks, hand washing, sanitizing, and even offering ‘turmeric milk’ to boost immunity of inmates. Despite their efforts, the virus has killed three people in three different jails and infected 158 inmates and 26 prison officials from the Arthur Road prison.

Jaipur raised alarm bells after 130 prisoners and the superintendent of the District Jail tested positive for the virus. After cases were also reported from one ward of the Jaipur Central Jail, the Rajasthan government decided to conduct random sampling of tests in other wards of the prison.

Speaking to #KhabarLive, Kerala’s Deputy Inspector General (DIG) (Prisons) Santhosh Kumar says that the major challenge for the state was testing and lodging new entrants in its prisons.

Kerala’s prisons have been conducting a health status report (HSR) on new inmates before allowing them in. The HSR is a screening procedure to check for symptoms in new entrants. If found asymptomatic, the person would be lodged in the prison.

However, panic struck after the two remand prisoners in Kannur sub-jail and one from Thiruvananthapuram’s special sub-jail tested positive for the virus, even while they were housed in the centers. The three inmates were tested on the insistence of prison officials and were later found positive.

Following this, not only were officials and others in contact with them in the prison quarantined, three police stations where their arrests were recorded – namely Venjaramoodu (in Thiruvananthapuram), Kannapuram and Cherupuzha (in Kannur) – were shut down. The Payyanur and Nedumangad magistrates, before whom the remand prisoners were produced, have also been asked to quarantine themselves.

Now, the Kerala prisons department has mandated that all new admissions be tested before being lodged in the state’s prisons. But Santosh states that there is no infrastructure to separately house them at present.

“Results of RT-PCR tests take at least two days to arrive. If we don’t allow prisoners remanded to judicial custody into our prisons, they will have to remain in police custody which is not legal. They also cannot be put in hospitals as the latter admits only positive cases or suspected cases with symptoms,” Santhosh explains.

What the state really needs, he adds, is centers attached to COVID-19 hospitals in every district, which can house these inmates for a few days until their results arrive.

It does not help that the lockdown has resulted in an influx of remand prisoners. Since March 24, 1,700 remand prisoners who were charged under the Kerala Abkari Act for production, sale, storage, and distribution of liquor without license entered the prisons, the DIG states.

“We’re still figuring out how to safely handle those remanded,” the IG adds.

In Karnataka, prison officials tightened precautions after five inmates in the Ramanagara District Jail tested positive for the virus way back in April.

Speaking to #KhabarLive, the Superintendent of the Kolar District Jail confirmed that new admissions were screened and tested before being housed in the jail.

“Even if someone tests negative and is brought to the jail, they are kept in isolation for one month. They are shifted to regular barracks only after a doctor checks them. Care is taken even when transferring prisoners to jails. Physical distance is maintained. Interviews have been limited, and advocates and kin are prohibited from visiting inmates,” he adds. The prisoners are provided with telephone facilities to speak to people.

Two months ago, Kolar’s prison officials decongested the center by shifting some inmates to nearby jails that had space.

However, Karnataka has still failed at decongesting its prisons during the lockdown. According to a report in The Week, the state had released 1,198 prisoners across the state either on bail or parole from March 23 to April 19. However, this exercise was severely diluted, as during the same time period 539 people entered the prisons across the state.

Among the most populated prisons in the country are those in Uttar Pradesh and Delhi. UP houses over 94,000 inmates against a maximum capacity of 60,000. At least 16,000 inmates have now been released on bail or extended parole, according to reports. In the national capital, 3,500 prisoners were released from Tihar, Rohini, and Mandoli prisons. Delhi houses 17,500 inmates against a maximum capacity of 10,000, reports state.

The pandemic has also affected police officers as well as court officials in the country.

Over 1,500 police personnel have been infected in Maharashtra, with the count increasing every day. As on May 16, 321 police officers have tested positive in Tamil Nadu, with Chennai clocking the highest cases among police personnel at 276.

In Kerala too, scores of police officers stationed in Walayar, Palakkad, and Malappuram were sent into observation after they came in contact with positive patients in the state.

The Kerala High Court also allowed accused persons in various cases to be produced before magistrates through video conferencing.

“Several electronic media modes have been suggested in order to produce accused persons before the magistrates. It can be WhatsApp video calls or other media. Even the first production, where the physical presence of the accused is generally required, can now be conducted virtually,” Santhosh adds. #KhabarLive #hydnews