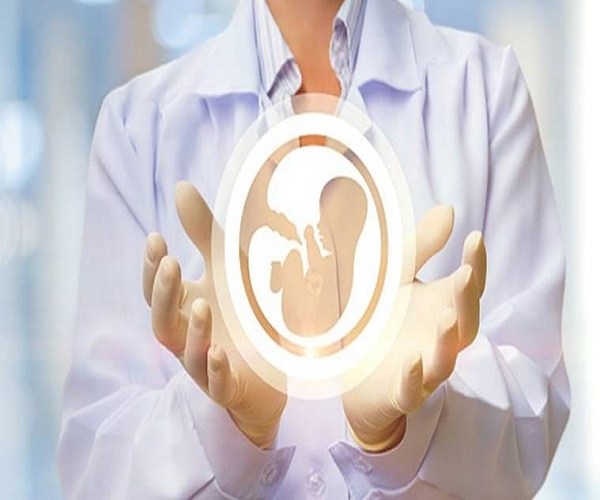 The women with IVF pregnancies have a higher incidence of caesarian section and it is once again due to the associated high risk factors like diabetes, high blood pressure, fibroids, multiple pregnancy and sometimes preterm delivery.

Since the birth of Louise Brown in 1978, more than five million babies have so far been conceived in the laboratory with the help of In Vitro Fertilisation or IVF. Initially, IVF was a procedure that was done exclusively for women who had blocked fallopian tubes, but with technological advances, there are many more reasons and conditions where IVF needs to be done to achieve a pregnancy.

As these techniques of making babies in the laboratory are gaining popularity due to improved success rates, more and more women are now experiencing the IVF pregnancies. It wouldn’t be surprising if women were anxious to know if their pregnancy would be a normal pregnancy or a high-risk one just because they conceived their baby in a lab.

How does pregnancy occur in the lab?
In the traditional natural way, the egg gets fertilised by sperms deposited in the vagina, with the most able sperm entering the egg after travelling through the woman’s uterus and fallopian tubes. The fertilised egg then divides and forms an embryo in the fallopian tube which then travels back to the uterus to get implanted.

In an IVF cycle, the sperms that are obtained either from the ejaculated semen sample or sperms that are directly removed from the testis, are either kept in the close vicinity of the egg in petri dishes or are directly injected inside the egg by the embryologist and grown in the lab for five days under the strict supervision of the embryologist. No wonder that the embryologist is often called the IVF baby’s “first babysitter”. The best looking embryo is selected and transferred by the IVF specialist doctor into the uterus for implantation.

ALSO READ:  Lack Of Hygiene Turns A Cause Of Worry For Mothers-To-Be at Govt Koti Maternity Hospital In Hyderabad

Confirmation of the pregnancy
Most women who conceive naturally realise that they are pregnant only after missing the period while a woman who has undergone IVF, would be aware of her pregnancy two to three days before missing the period as she would get tested earlier.

The anxiety of being pregnant is much higher in an IVF pregnancy as it is a result of a lot of efforts and expenses. The doctors would advise the woman who has conceived naturally to only get a urine pregnancy test done to confirm the pregnancy while the IVF pregnancy is always confirmed with BHCG levels in the blood.

The woman with IVF pregnancy is under a lot of stress during the first few days of conception after taking hormonal injections and hoping desperately for a positive result. Early visits to the doctor and more number of sonographies are a norm in all IVF pregnancies.

Miscarriages
The incidence of miscarriages is slightly higher in women with IVF pregnancies despite being under strict supervision and receiving more medications than those with a natural pregnancy. The reasons for this are most likely attributed to the higher incidence of elderly women with some medical conditions like diabetes or hypertension, presence of fibroids and higher incidence of aneuploid embryos (embryos with abnormal number of chromosomes).

Need for bed-rest
The commonest myth that prevails about IVF pregnancy is that a strict bed-rest would be required for all nine months. There is no added advantage of taking strict bed-rest after conceiving by IVF and the fertility specialist would only advise the women to avoid strenuous activities. #KhabarLive

The ‘Dirty Politics’ Of One-Upmanship On ‘Kia Motors Episode’ In Andhra...