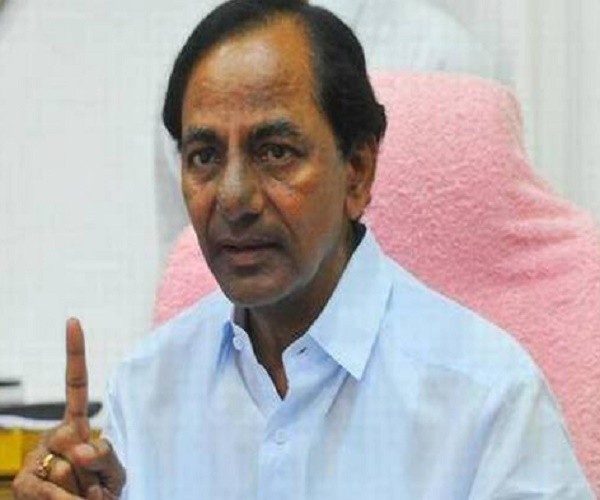 For quite some time now, Telangana Rashtra Samiti (TRS) members have been staging protests and stalling proceedings in the Parliament for the delay in clearing the bill that Telangana Assembly had sent for enhancement of reservations for Muslims and tribals.

Though the TDP and YSRC have been trying to move no-confidence motions in Lok Sabha for the last one week, the TRS has not helped them in any way. Rather than expressing solidarity by suspending their protests, they intensified their demand for discussion on quota enhancement.

Though a discussion on no-confidence motion provides an opportunity for the TRS members to pour out their grievances on how the Centre had failed to honour the promises made to Telangana State in the AP State Reorganisation Act, the TRS did not relent, even risking criticism that it was in a way helping the BJP by obstructing the Speaker from taking up no-confidence motion in Lok Sabha.

If a discussion takes place, the TRS could seek a clear ‘Yes’ or ‘No’ from the Centre on whether it would send the reservations bill to President for his assent and include it in the IX Schedule of the Constitution to prevent judicial review at a later date since the bill seeks to raise reservations in Telangana State beyond the 50 percent stipulation.

Enhancement of reservations to Muslim minorities from the existing four to 12 percent and for STs from six to 10 per cent was the promise of K Chandrasekhar Rao, which he made in the run-up to 2014 elections.

Considering that providing reservations to Muslims was dicey as there was no way a government can provide reservations on the basis of religion, the Chief Minister constituted commissions for studying Muslims’ socio-economic conditions and those of the STs and substantiated his claim that they were in dire need of enhancement of quota.

He had the bill passed on a Sunday in April last year and piloting the bill he had said that he would not beg but fight with the Centre for getting the assent of the President and later incorporating it in schedule IX of the Constitution.

After the bill was sent to the Centre, there were no signs of it being sent for Presidential assent, provoking Chandrasekhar Rao to ask his MPs to create a ruckus in the Parliament to awaken the government from its slumber.

In the process, detractors of the TRS government accused KCR of lacking will in getting the reservations enhanced for minorities and the tribals as the government had not given any reply to the queries that the Centre had raised after the bill was sent to the Centre.

The Congress leaders alleged that KCR had made a show about his ‘commitment’ for enhancing reservations, but had failed to follow it up with the centre since he knew that the bill would remain in a limbo as Prime Minister Narendra Modi is against reservations going beyond 50 percent in any State.

Even as the Congress accused Chandrasekhar Rao of hoodwinking Muslims, the TRS chief was readying to take the Centre by its horns in yet another form. By floating a federal front, a coalition of anti-BJP an anti-Congress, he put out for public discussion broad contours of the agenda of the front, which includes powers to the States to increase reservations for the people whose socio-economic conditions are backward.

Though there were several issues in the agenda of the federal front that questioned the very structure of the Indian constitution, what was close to KCR’s heart was enhancement of reservations to minorities and tribals, whose support is a sine qua non for him to retain power.

He set the ball rolling by flying down to Kolkata to interact with his West Bengal counterpart Mamata Banerjee. He is now preparing to undertake a journey to Delhi after the Budget session of the Assembly and take on-board leaders of all parties, who are ranged against the BJP and the Congress.

While piloting the bill in the Assembly in April last year, the CM had said that hike in quota was intended to rectify the anomaly of sudden increase in the percentage of their population in the State. The government estimates that the population of the STs at present is 36 lakh, which is an increase to 9.08 percent post-bifurcation from 7.11 percent in the undivided State. The Muslim population is now 44.64 lakh, which is an increase from 9.56 per cent in the united State to 12.68 per cent after the formation of Telangana.

KCR had sought to build an argument that there is no constitutional bar that reservations should not exceed 50 percent. As 90 percent of Telangana population comprises of BCS, SCs, STs and minorities, the State deserved reservations in excess of 50 percent.

In an election year, political parties try to show the other as the villain-of-the piece. The Congress had sought explanation from TRS why it had not sent answers to the queries that the Centre had propped up.

This is his way of dealing with central political leadership, despite the fact that sometimes his actions like cobbling a front against the BJP and the Congress give scope that he may in fact be helping the BJP in dividing the anti-BJP vote. It remains to be seen to what extent KCR would be successful in his political brinkmanship. #KhabarLive

Why Telangana ‘Wakf Records’ Are Further Preserving For Posterity When It...