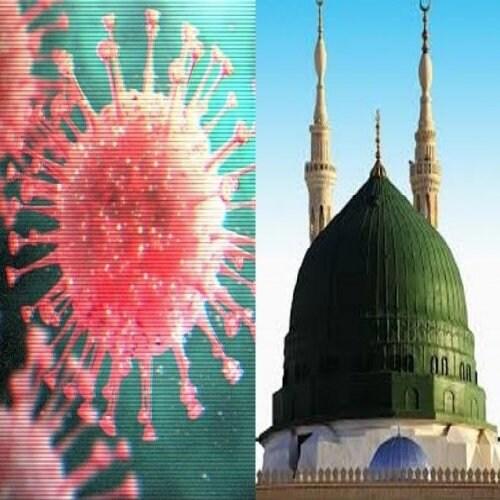 Indeed, in the messenger of God Prophet Muhammad, there is a striking pattern in conduct for anyone who has trust in the divine guidance, who believes in life after death and who continuously focuses on the path God has shown to humanity.

The Quran also describes the Prophet as a mercy to humanity. (21:117)

How the Prophet of mercy whose life is a beautiful pattern in conduct for all of humanity might have handled this pandemic, we call Coronavirus? The Prophet was not a physician. Nor was he a pharmacist. He was a messenger whose primary responsibility was to relay the divine guidance in all aspects of life through words and actions to the community he lived in and to the people who would come after him.

One must find out the patterns in his life to understand his leadership in crisis, like the one we are facing in our times.

Consultation
The Prophet always followed the divine guidance of consulting his companions on issues of public concerns. “And take counsel with them in all matters of public concern; then, when thou hast decided upon a course of action, place thy trust in God: for, verily, God loves those who place their trust in Him.” (3:159)

He would have formed a committee of experts and researchers to look into the pandemic and advise him and the people on precautions needed to deal with the situation. Some actions require common sense and other experts’ opinions.

He took some of the actions based on common sense in emergecies during his time. Even though he did not face a pandemic situation, yet he was quick to act in inconvenient conditions:

1. On a rainy day, he advised the people to offer Friday prayers at home.

2. During a plague, he asked people to quarantine them.

3. He told them to maintain social distancing by not visiting or leaving the area.

4. He ensured that during a time of social distancing, the community pool its resources to take care of the basic needs of people

5. He opened the state treasury for that purpose and appealed to the people to donate generously to help those who were in need.

6. He also started a soup kitchen to feed those who were unable to take care of them.

7. He appointed a team of volunteers to ensure that the necessities of life reach the people in time.

8. He admonished traders and merchants not to hoard and not to price gouge during any crisis.

9. He urged people to consult medical experts to treat the disease.

10. He also advised people to follow hygienic rules in their everyday life. He did not limit them to wash their hands five times a day during the ablution but suggested total physical cleanliness.

11. He also advised people not to throw the garbage in public places and dispose of the dirty in safe places.

Sanctity of life
The Quran demands from believer dignity for human beings. “No, indeed, We have conferred dignity on the children of Adam, and borne them over land and sea, and provided for them sustenance out of the good things of life, and favored them far above most of Our creation. (17:70)

It means that the sanctity and preservation of life is the primary concern of those who are in a position of leadership. During emergencies, their responsibilities increase manifolds. The Prophet relief on the opinions of his companions. He was aware that there is a cure for every disease, and he knew that those who are knowledgeable about human anatomy, herbology, and climatic conditions were the best to find the cure. He encouraged such people to continue researching in this area. There were no labs or hospitals in his time. But there physicians and nurses and pharmacists and he advised people to visit them. He told them to “make use of medical treatment, for Allah has not made a disease without appointing a remedy for it, except for one condition, namely old age. (Sunan Abu Dawood)

Based on experts’ advice, he encouraged people to do regular exercise and focus on taking preventive measures to boost their immune system. He also asked people to follow dietary rules in their everyday life and more in times of medical emergencies.

He also acted on the expert’s advice to isolate patients with serious illness to stop the spread of disease, if contagious. In case of the death of the patient, he commanded immediate burial. If the deceased had an infectious disease, he asked the family not to expose the body in places like a mosque or public squares.

During emergencies such as war, he buried many of the deceased without a proper shroud and washing.

Remembering Allah
The Quran reminds the people that remembering the creator and his majesty strengthens the resolve to face every situation. “Those who believe, and whose hearts find their rest in the remembrance of God – for, surely, in the listening to God [human] hearts do find their rest.” (13:28)

He reminded people that life is a blessing of God for a certain period as everyone would return to the creator one day. “All that lives on earth or in the heavens is bound to pass away” (55:26). He assured them human beings would rise once again on a day when a new world would come into being. Everyone would learn about his or her ultimate destination, and the ones who lived a life based on divine guidance would enter paradise. “We record that (deeds) which they have put forward and their traces (that which they have left behind).” (36:12)

ALSO READ:  Why Govt Miserably Failed To 'Save senior citizens' In India?

He urged people to focus on three main things while alive. a. raising a responsible family that is a source of continuous good for all; b)contributing to the existing knowledge to benefit humanity; c) leaving a charity behind to help the needy and the poor.

Confidence in Divine laws
Through his words and actions, the Prophet strengthened the belief of people in God during the trying times. True piety does not consist in turning your faces towards the east or the west. Truly pious is he who believes in God and the Last Day, and the angels, and revelation, and the prophets. He spends his valuable resources upon his relatives, the orphans, the needy, the wayfarer, the beggars, and for the freeing of human beings from bondage. And he is constant in prayer. And he renders the purifying dues. Truly pious are they who keep their promises whenever they make it and are patient in misfortune and hardship and in time of peril: it is they that have proved themselves pure, and it is they, they who are conscious of God. (2:177)

People need physical, social, and spiritual comfort during times of crisis. They want to know the reality, and they want to have the assurance that they can overcome it. The promise of their success depends on the accuracy and relevance of the guidance and leadership style. The Prophet offered through his life an example in physical, social and spiritual leadership based on common sense and expert’s opinion as well as the divine guidance.

The Coronavirus is not the first or last pandemic that humans have been facing in their history. There were ten earlier pandemics. Human responded to the challenges every time based on their trust in divine laws and guidance and their resolve to follow facts and not their whims and superstitions. #KhabarLive 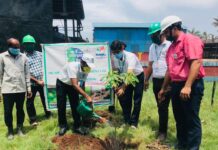 From ‘Queens To Jinns’, The ‘Mystical Cats’ Of Agra’s Sandali Mosque

Is ‘Tablighi Jamaat’ A Variant Of Islam?