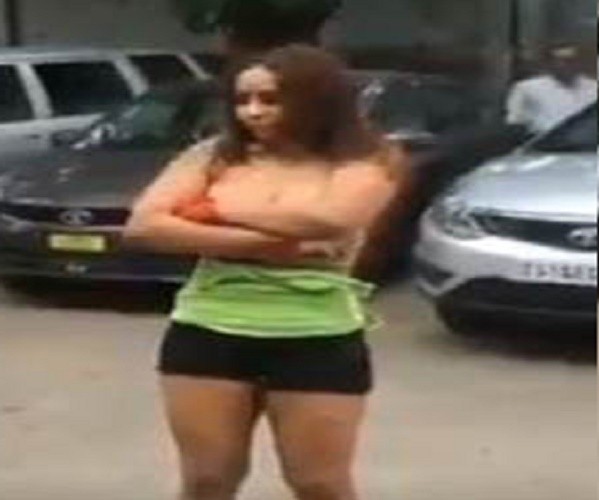 The issue the actor had raised – of casting couch and women’s exploitation – is in danger of being drowned out. The Sri Reddy saga in the Telugu film industry is getting more dramatic by the day, with big names, serious accusations, “leaked” photos and videos, abuses and threats flying thick and fast.

However, what is clear through all the murk is this – patriarchy and problematic attitudes to women are prevalent in the film industry, and amid the din, the original, important issue raised by Reddy – casting couch – is in danger of being lost.

Over the past few days, Reddy has been trolled incessantly, had obscene comments hurled at her, and even threatened with rape and death by “fans” of actor-politician Pawan Kalyan, whom she had abused on TV for doling out patronising advice while ignoring “real issues”.

Some of her responses, too, have been theatrical and distasteful, especially the “leaking” of video clips of other actresses purportedly extending sexual favours to producers.

However, the fact remains that she had raised a legitimate issue through her “strip protest” on April 7, which led to the formation of a Committee Against Sexual Harassment in the Telugu film industry. In response, she has received vicious, misogynistic criticism, from a fraternity uniting to hide skeletons in their closets.

On April 19, director Ram Gopal Varma, who has consistently been tweeting in Reddy’s support, comparing her to Che Guevara and Rani Laxmi Bai, released a video, in which he said it was his idea that Reddy abuse Pawan Kalyan, to get more attention for her cause.

He was moved to help her because he had offered Reddy Rs 5 crore to not file a case against producer Suresh Babu’s son Abhiram – whom she has accused of sexually exploiting her – and was “impressed by her integrity when she rejected the money”.

Kalyan, on April 14, had told the media that if Reddy wanted justice, she “should go to police stations and the courts, not TV stations”.

Before that, Reddy had hit headlines for stripping outside the office of the Movie Artistes Association (MAA) in Hyderabad, to protest “outside talent” getting preference over Telugu heroines in the industry and the casting couch practice.

A controversy erupted, with the MAA moving to ban her, a move that was reversed only after the National Human Rights Commission stepped in.

Since then, while many junior artistes have spoken out about their experiences of casting couch, and of facing harassment by directors and producers, A-listers such as Nayanthara and Anushka Shetty have maintained silence.

ALSO READ:  How An 'Infosys Engineer' Became Rich 'Bitcoin Miner' And Then A ‘Fugitive’?

Even if the other actors do not agree with Sri Reddy, or her means of protest, they can have their voice heard on the issue of casting couch raised by her. Notably, not one male star, commanding large fan followings and immense influence, has spoken up on the issue.

Many have criticised Reddy’s means of protest, calling them dramatic and aimed for headlines. However, fighting against sexual harassment of artists is not her battle alone, and she deserves commendation for at least raising it.

Her strip protest indeed forced the industry to react to the issue, resulting in the MAA forming a Committee Against Sexual Harassment.

After her comments against Kalyan saw his fans go berserk, the issue, instead of casting couch and exploitation of women, turned into a Reddy versus Kalyan battle, conveniently taking focus away from the hard questions the industry needs to ask itself.

Actors who had so far kept quiet on the issue have now jumped into the fray, with Nithiin and Varun Tej targeting Reddy.

This clearly shows the culture of silence that enables exploitation – the backlash for speaking out against the powerful is swift and sure.

The comments of Kalyan’s brother, Naga Babu, on the issue are telling: “When someone abuses our mother, even if we react, no one will blame us for it; everyone will support us. Who will keep quiet and bear it when someone vilifies their mother? We are powerful, so we are tolerating it. The one who said it is also a woman, so we are keeping quiet,” he said on April 19.

Another actress, Jeevitha Rajasekhar, who was accused of “exploiting young women to satisfy her husband’s sexual fantasies” by an activist in the wake of the Reddy row, has released an irrelevant video of Reddy, in which she is saying “she will be in sexy mood 24*7”.

These attempts to discredit Reddy by portraying her as having a “bad character”, well demonstrate the patriarchy and misogyny entrenched in the industry.

Even Reddy herself has made wild allegations against other actors, saying “north Indian women are willing to sleep with producers and hence get roles”, while Telugu women lose out for “not being so bold”.

Instead of indulging in a slugfest and releasing “sensational” videos and photographs of each other, the film industry needs to introspect, and call out all those indulging in casting couch and other forms of exploitation. The movie industry is just another workplace, and needs streamlined, formal guidelines to protect workers from sexual harassment.

The silver screen can no longer hide its dirty picture. #KhabarLive