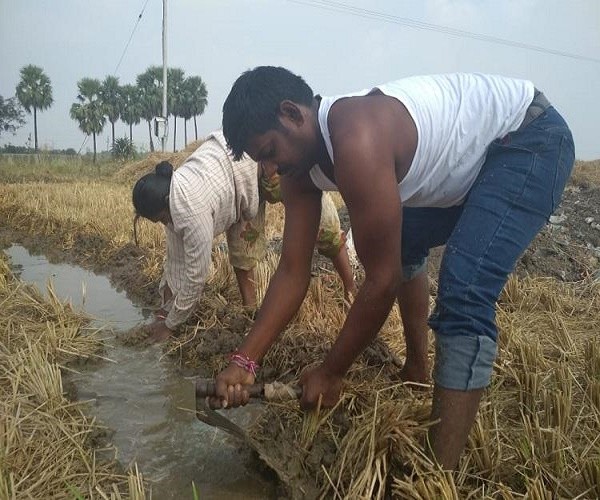 It was in November 2017 that Telangana Chief Minister K Chandrasekhar Rao announced in the winter assembly session with great pride and happiness, “Good news for the agriculture sector, from the upcoming season the government will supply 24-hour power for farmers. This is the first time in the history of this nation that 24-hour power will be supplied to 23 lakh pump sets in any state.”

He added, “We studied what the consequences of giving power for 24 hours to the agriculture sector would be for four to five days.”

The policy was initially much appreciated and welcomed by farmers and different sections of society, given that the agriculture section has been in distress for long.

But after one year, there is a need to analyse such a cult, populist policy and study what the consequences of the policy are. Once I started examining it, I realised that there are many factors and sectors that need to be considered as indicators to inspect this policy.

One major indicator we need to look at is analysis of the groundwater, which was the worry expressed by the chief minister in his speech in the Assembly too. He urged the farmers to remove self-starters from all pump sets to save groundwater.

Let us look at the annual rainfall and groundwater trend in Telangana since the formation of the state, as groundwater cannot be analysed without comparing with rainfall.

ALSO READ:  Red Hot Chilli Pepper: Beat The Chills With Some Of The Country's Fiercest

If we carefully inspect the October 2018 groundwater map, we notice two districts, namely old Medak and Nalgonda, where groundwater levels have dropped drastically. These two districts are among the three that were chosen for the 24-hour power pilot in July 2017. On analysing carefully, we find that the 24-hour power policy is one of the main culprits.

Famers of Eturnagaram, who have been largely cultivating cotton on well water for the past few decades, are now noticing wells drying up and fear that they will be pushed to tube well irrigation.

Knowing about groundwater and how important it is for farming, it is astonishing that the policymakers did not take into account the opinion of the state’s groundwater department. When the joint director of the groundwater department (TSGWD) was asked if the government consulted their department while taking this decision to give round-the-clock power to the agriculture sector, the answer was one word – No.

Expressing concern that there would be about 10-20% of over-exploitation of groundwater, the official said that farmers should now learn the practice of water-sharing instead of everyone installing his/her own tube well. Another senior official from the same department said that many of them learned about the policy from newspapers, adding that they do not have enough funds to implement the best water harvesting practices.

Ravi Kanneganti from the Telangana Rythu Joint Action Committee and an activist working with farmers, responding to the TSGWD’s comment said, “In a state where agriculture is dependent on groundwater, that’s the situation of the GWD. This is how our policymakers, administrators and politicians act, such a poor state of affairs.”

There are concerns from the power sector too. Rajesh Kumar, Senior Programme Associate at the Centre for Financial Accountability (CFA), asserted, “I don’t think farmers need 24-hour electricity, if they get electricity for 10-12 hours on a regular basis during the farming seasons that would be enough but they were not getting it. Free electricity programme is not free actually. These are false promises to farmers before the elections. There is no excess power in the market but the state is creating market for corporates. This is to create demand and open discom to private players in the state so that more power projects can be built in the name of farmers. On the other hand, they are going to introduce direct benefit scheme in electricity, where farmers need to pay the electricity bill in advance for the next three months on the basis of the last three months.”

The answer is in the CM’s speech: “About 25% power is consumed by agriculture pump sets … the estimated demand would be 11,000MW if 24-hour power is given to farmers … we have made all the arrangements to meet the demand. We have been taking 1,000MW from Chhattisgarh and around 2,000MW from the central grid.”

In short – irrigation in Telangana is largely based on groundwater.

A Central Ground Water Board report says that in Telangana about 70% of the agriculture is based on tube wells (literally groundwater). In such a case, there is a need to study the connection between farmer suicides, 24-hour power and groundwater.

Kalolla Dhrushyam, a book published in June 2017 by the Telangana Vidya Vanthula Vedika on the agrarian crisis in the state, reports that 61% of farmer suicides are linked to tube well/pump set failure (lack of groundwater, i.e., farmers are pushed in debt trap) and 21% to drying of wells. This explains why electricity for the agriculture sector is critical and not a well-thought-out policy.

Telangana has witnessed 3,849 suicides (and counting) till September this year, of which Siddipet district has the highest. In this same district, the groundwater has collapsed >20m bgl. This is also the district that KCR and Harish Rao represent. The irony is that both have claimed in their affidavits that they are farmers by profession and earned lakhs in agriculture during 2017-2018!

It is evident that rainfall and groundwater levels are directly proportional to farmers suicides.

Large and small farmers differ in their views about removing self-starters from pump sets. Large farmers do not seem to be interested in removing the auto-start from their pump sets. Sadashiv Reddy from Pagadapalli said, “Sometimes power trips for a few seconds, then we need to go all the way to the pump set to restart the motor. If a person has four to five pump sets (referring to large farmers), his whole day might be spent in checking pump sets.” Farmers from this village have warned that if anyone dared touch the starters, it would not be accepted at any cost.

But small and marginal farmers expressed an opposite view. Most of them don’t have starters and said that as groundwater levels fall, large farmers draw more water with high-power pump sets. They feel that soon they might be left with no option but to leave agriculture.

Keeping the present agrarian crisis in mind and the lakhs of farmers marching to Delhi, this policy has the potential to turn unfavourable for the farmers if there is deficit rainfall next year. This policy might eliminate small and marginal farmers from agriculture or leave them with more debt.

Is this a populist policy for votes that is turning into an ecological disaster or is it a well-thought-out policy to systematically distance small and medium farmers from their land and agriculture? #KhabarLive