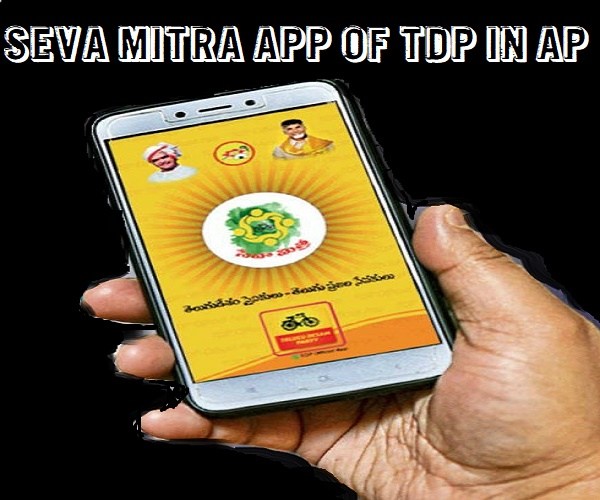 The governments of Andhra Pradesh and Telangana have now locked horns over a data breach allegation of over 3 crore people. Andhra Chief Minister N Chandrababu Naidu, his son and minister Nara Lokesh and the Telangana Chief Minister’s son and MLA K T Rama Rao have all traded accusations. At the eye of the storm is Seva Mitra, the Telugu Desam Party’s official app.

It all began on March 2, when the office of private firm IT Grids, the developer of the Seva Mitra app, was raided by the Cyberabad police. The raid was carried out after a complaint was filed by T Lokeshwar Reddy, a data analyst. In his complaint, Lokeshwar alleged that IT Grids stole data of beneficiaries of Andhra Pradesh schemes from the state government database and processed the data without their consent. 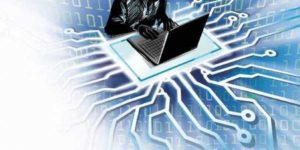 The Cyberabad police, along with cybercrime officials, raided the office, took four employees into custody and confiscated computers, hard disks and other devices. The firm was then booked for violating provisions of data theft (under the IT Act), cheating and criminal conspiracy.

Lokeshwar filed the complaint after he claimed to have found that TDP cadres were going door to door to collect data using the Seva Mitra app. However, the app has features that would classify voters based on constituency and booths. Party workers going door to door were allegedly expected to identify voters at the booth level and enter their data, including caste, political party preference, rate a party on a scale of 1 to 10, and other personal details. The app also collected voter data on the number of government schemes a voter avails of and the amount received in state subsidies.

However, the TDP maintains that it is their official app, which is used for communication among the party’s 75 lakh members to give them information.

On March 2, the day the Lokeswara filed his complaint with the Madhapur police station in Hyderabad, the Cyberabad police began their investigation and detained four persons from IT Grids for questioning. The same day the IT company owner, D Ashok, filed a missing persons complaint with the Andhra Police regarding one of his employees. 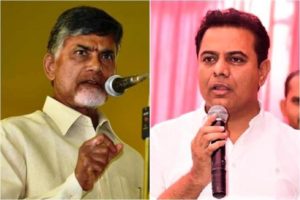 A police team from Andhra Pradesh then arrived in Hyderabad and took control of the IT Grids office located at Madhapur. This unannounced entry by the AP police into the Cyberabad police commissionerate miffed the Telangana police who had arrived at the firm’s premises to raid the office. Four persons from IT Grids were taken in for questioning and several computers were confiscated by the Cyberabad police.

On March 3, another team from Andhra Pradesh arrived to investigate the case of missing persons filed by the IT Grids firm. This team went to Lokeshwar’s residence in Hyderabad. The local police and some leaders of the YSR Congress Party reportedly resisted the Andhra Police team’s attempts to arrest him.

This team of Andhra police from Guntur allegedly abused and threatened the data analyst in front of his family. According to reports, Lokeswara claims the AP police even tried to take him away with them but their plans were put on hold by a team of Telangana police. The Telangana police now have offered the data analyst protection. They have also booked cases against unidentified persons from the AP police department.

A fight then broke out between the Andhra Pradesh and Telangana governments over who had jurisdiction over the case.

“Telangana has no jurisdiction to take action or file FIR in this particular case. The YSRCP and the TRS are claiming that they have there is information of 3 crore people of Andhra. Then why didn’t the Telangana govt, upon receiving a complaint from an individual, immediately contact the Andhra Election Commissioner or the Chief Election Commissioner?” TDP spokesperson Sadineni Yamini told #KhabarLive. 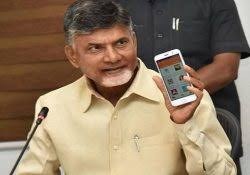 He also objected to the actions of the Andhra police, who reportedly tried to detain Lokeshwar. “What job does the Andhra police have in Telangana? The crime took place under Telangana police jurisdiction. How can Andhra police raid a whistleblower’s residence and abuse him? Isn’t it wrong?” he asked.

The rift between the two states over the issue also played out on Twitter with #TSGovtStealsData becoming a trending hashtag. The TRS alleged that the TDP had hired an agency to trend the hashtag with tweets against the government. The party even released names of verified twitter handles that were tweeting using the #TSGovtStealsData hashtag against the TRS.

On the other hand, the TDP has alleged that the TRS government had stolen their data as the hard disk and other material was seized without giving any prior information or notice to the owner of IT Grids. This, according to the spokesperson, was because the TRS and the BJP are trying to help YSRCP chief Jagan Mohan Reddy, who is the Andhra government’s opposition party and an ally of the TRS.

The spokesperson also alleged that the seizure of the hard disks showed that there is no safety of data for companies in Telangana, and that the TRS government has been attacking companies and industries from Andhra. 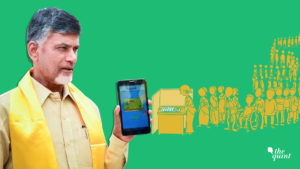 After four employees of IT Grids were detained by the Cyberabad police when they searched the office on March 2, Ashok, the firm’s founder, filed a habeas corpus petition with the Telangana High Court. The TDP had alleged that the four employees had been kidnapped.

However, the court dismissed this petition after the police presented the four detained employees and clarified that they did not arrest them but detained them for investigation.

But the Cyberabad police went ahead with its investigation. Addressing a press conference on March 4, Cyberabad Police Commissioner said that on the basis of Lokeshwar’s complaint, a case was registered against IT Grids at the Madhapur police station on Saturday under sections 20B, 379 (Punishment for theft), 420 (Cheating and dishonestly inducing delivery of property) and 188 (Disobedience to order duly promulgated by public servant) of the Indian Penal Code (IPC) and sections 72 (Penalty for breach of confidentiality and privacy) and 66B (Punishment for dishonestly receiving stolen computer resource or communication device) of the IT Act.

Cyberabad Commissioner Sajjanar said that Ashok, the head of IT Grids, was the main accused in the case and since he failed to appear before the police despite being served notice, he should surrender along with the materials.

The Telangana police also suspect a link between the misuse of data and deletion of voters’ names in Andhra Pradesh. Sajjanar said the police in the neighbouring state had registered over 45 cases against people who have lodged online complaints seeking removal of names of eligible voters from the electoral rolls. The police have also issued a notice to Amazon Web Services private limited for the production of a database relating to the application and other data. “We are also writing to the UIDAI and the Election Commission for more details,” he said.

The Police Commissioner also took strong exception to the team from the Andhra Pradesh police rushing to Hyderabad without permission and interfering in the investigation. A case of criminal trespass and intimidation has been registered against the Andhra Pradesh cops at the Kukatpally police station. 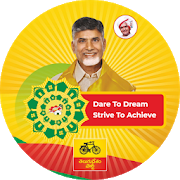 “In what way is Lokeswara Reddy linked to the missing case booked in Pedakakani in Guntur? When the witnesses in the data theft case are with us, without consulting us, how can Guntur police book a case? Within three-and-half hours after the case was booked, an FIR was registered and AP cops came to Madhapur from Pedakakani.

AP police team not only intimidated the complainant in a data theft case, but also went to the houses of the families of witnesses and recorded their statements. We have booked a case against the AP cops and the law will take its course.” Sajjanar told Times of India.

On March 5, Chandrababu Naidu warned the Telangana government that if it files one case, he will respond with four cases. He also lashed out on Twitter and said, “We won’t remain calm if you keep raid under the guise of data theft, data is party’s private issue. If somebody interferes in it, it will shake your foundations. You will have to pay the price for your crimes, be careful.”

“Who are Telangana police to file a case when the data belongs to Andhra Pradesh? Some random person complained and since you have data, will you raid the companies in Andhra Pradesh?” he added. A complaint was also reportedly filed against Chandrababu Naidu at Hyderabad’s KPHB police station. #KhabarLive

Safety Of ‘Nutraceuticals Products’ Under Lens By Telangana Govt