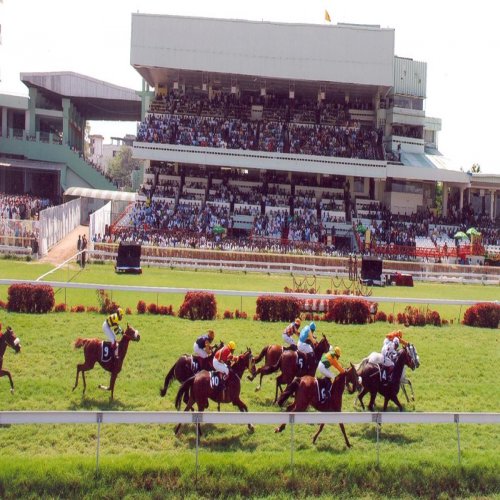 The Telangana State government is actively considering a proposal to allow online betting during horse races planned to be organised sans spectators and punters by the Hyderabad Race Club at Malakpet, despite the Covid-19 pandemic situation.

Around 8,000 people take part in betting for horse races per day at the Malakpet Race Course on an average.

In this context, the club is learnt to have requested the state government to allow
betting online as punters and fans are currently barred from attending horse
races, should they be resumed as per Unlock 2 guidelines in the race course
grounds in Malakpet in Hyderabad.

The Karnataka state government recently permitted the Bangalore Turf Club (BTC) to conduct online betting for horse racing. Following this, the Hyderabad Race Club has made a similar request to Telangana state government.

Official sources said, “The state government is seriously examining how betting can be legally conducted online as in other countries and also in (other Indian) states so that we can soon resume horse racing, with punters and fans participating online, to revive the exciting sport and make up for losing crores in rupees due to the ban.”

The horse racing industry in the country too suffered huge losses due to the ban on horse racing due to Covid-19 lockdown regulations.

The levying of 28 per cent GST from July, 2017 has already dealt a deadly blow to the horse racing industry over the past three years. The corona-induced lockdown has compounded the financial crisis of the industry.

“We have already lost peak racing season during the summer vacation and in the process of losing race events in the monsoon period scheduled in July-end. With no let-up in the virus spread, allowing online betting will enable us to resume races sans punters and
spectators in the stadium,” said sources in Hyderabad Race Club.

A ban on all sport activities, including horse racing, has disrupted normal life and livelihood of all stakeholders since the lockdown was suddenly enforced and extended, with restrictions being placed on many outdoor sports since mid-March.

“With the state government’s approval, we will develop a smartphone app for downloading by our members, punters and spectators to bet their money on a winning horse and yet watch the show live or later,” they said.