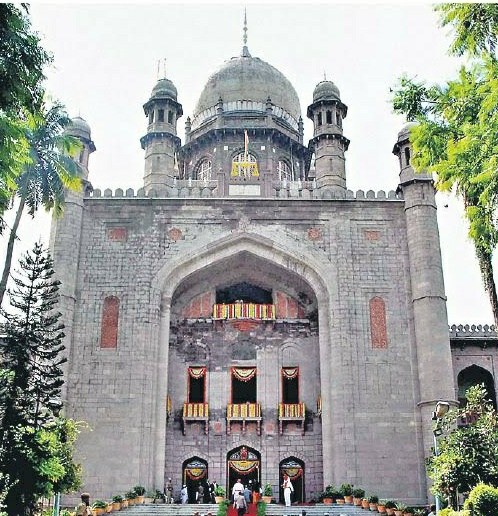 The depleting numbers of judges in high courts is showing alarming signs of a near constitutional crisis. Justice Krishna Iyer had said: ‘The social philosophy of the Constitution and judicial convictions of the court must concur, the social philosophy of the robed brethren and the social-economic-political justice projected in the preamble must find active concordance.

The selecting agency, the selection criteria and the very selection process need purposeful, paradigmatic and public operationalism, with a sense of principled pragmatism and uninhibited transparency. Our government is about powers divided. The Constitution guarantees to the citizens and often to the people the right to judicial review of state action.’

Judges of high court and the Supreme Court ensure the smooth functioning of the polity and citizens in a land as vast as ours, as divergent and divided in structure and other multiple factors are bound to live in a state of flux. Grievances aplenty flood the court halls and so poor has been the judge-citizen ratio that the ratio is more a ration than a ratio. Docket explosion is not addressed by the political wing because the sufferers are not a united vote bank or a powerful collective constituency.

Resultantly, the tragedy of the citizen losing faith in the system and looking for other alternatives looms large. Bail petitions in certain high courts take over three months for being considered. This is a dangerous trend. Judges are working overtime in constitutional courts. This is likely to reflect on the quality of the work done. One would imagine that this is not a huge challenge and that is the reason why it is not being addressed. Sadly, not so.

Higher echelons of power have worked behind the iron curtain and so very often transparency has been a matter of choice. Considering the fact that the task of appointing judges to the constitutional courts is in the hands of high constitutional functionaries, it is worrisome that the delay is reflective of factors that defy constitutional explanation.

Not all is Fine

The CJI addressed a communication to the government to increase the total number of judges. Strange as it may seem that a request of this kind must emanate at a time when the authorities within the judicial system have not been meeting up for filling the allotted vacancies!! The process of the court (Collegium) requiring to send the names of judges to fill the existing vacancies and of the apex court to clear them certainly should not takes months on end. That, however, is exactly what is happening.

When the famous event of the apex court judges going to the media happened, the present Chief Justice of India was part of the group of judges who decided to call the bluff that all was fine behind the grandeur of the majesty. That the court does little to infuse confidence under his leadership does not augur well for the institution.

Addressing the High Court at AP, the CJI had assured that the file relating to the appointment of judges would be cleared in a month. Said in January, this promise is one for public consumption. It has been a precious six months and more since and the persons whose consent was sought (seven in the two States together) are reportedly clueless about the road ahead and of the fate of the proposal. Discreet enquiries would reveal that the Collegium that had cleared an earlier set of names would go by the task in instalments and the dates for clearing them in a ‘phased manner’ is above all regulatory procedures.

In Telangana, the sanctioned strength of permanent judges is 18 and additional judges is 6. Even if we go by the permanent strength, there are only 10 judges. The vacancies, therefore, are a whopping 55%. In Andhra Pradesh, the total strength is 37 and the working strength is 13, which implies a 64% vacancy.

In the matter between Executive and judicial supremacy and in the turf war of constitutional balances, it is the citizen who suffers. While the kartas of respective branches may go for their ego massage in the name of upholding and zealously safeguarding their constitutional space, mounting docket explosion threatens the very efficacy of the system.

In Telangana alone, there are about 2 lakh pending cases. Over a lakh writ petitions and nearly 29,000 criminal cases are pending in the Telangana High Court. For the past decade, courts and judges have voiced constitutional concern at public platforms about the alarming numbers.

Interestingly, in 2006 the pendency in High Court was 37 lakh; now it is 43 lakh. While the disposal rate in the Supreme Court has gone up by 4%, in high courts the figure hovers around 28%. Surely these are disturbing numbers. The turf war may be perceived as one of the critical factors for the present state of affairs. However, many proposals by high court collegiums moved lethargically towards the source of decision-making.

It cannot be more contextual than to quote Justice VR Krishna Iyer who said “Justice, justices and justicing are the triune facets of the judicial process. The central figure, the protagonist of the drama of judicial administration, is, of course, the robed brother on the bench who is the symbol, the paradigm, the dynamic operator vis-à-vis the whole dispensation of legal justice. So paramount is the role of the forensic delivery system that sans judicial presence, jungle law and demoniac democracy governs society, robbery rules as right and rule of law reigns as a bare rope of sand.”

It is said of Lord Hailsham that he attempted ‘to dispel any lingering sense of mystery or obscurity that there may be’ about how judges are appointed. It may not well extend to, when they will be. #KhabarLive

Remodelling Of ‘Drainage System’ In Hyderabad May Cost A Bomb To...

Watch: Why India Loves To Vote Without Knowing The Power Of...