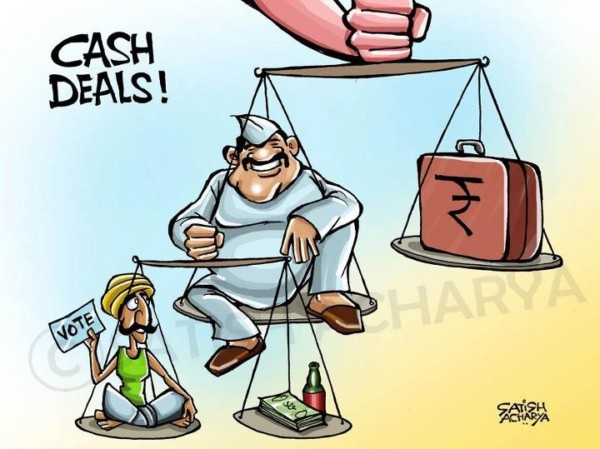 Thank God, the election campaign in Telangana has come to an end. It was really paining to listen to self-aggrandisement from September 6, the day when the State Assembly was dissolved. It was equally painful and torture to hear abuses and counter abuses. Some leaders claimed that no one in the world ever thought of the programmes and projects they had conceived. If that were so, they need to be given Nobel award as they seem to have invented a new wheel.

On the other side, parties which have serious ideological differences have come together with the slogan of saving democracy. It was a no-holds-barred campaign for both the sides and both sides had hit the goals. The climax came when the law enforcing agencies (police) jumped over the walls, broke the locks and doors and entered the bedroom of a political leader and arrested him.

This kind of action did not take place even when gangster Nayeem was killed. Well, the political game has fortunately come to an end and now it is for the people to decide who had hit real goals and who hit self-goals. During the last two months, we have also seen several surveys which are good enough to confuse even best of the psephologists. We are not saying that they are good enough to confuse the people because we firmly believe that people are not confused. It is only the leaders who are confused.

The survey reports swing from one extreme to another. It ranges from the ruling TRS getting 100 seats to 40 seats. Similarly, it also ranges from the Opposition getting absolute majority to winning not more than 20 seats. And finally comes another survey which indicates that the Opposition alliance is ahead in five districts while ruling party is ahead in two districts and that the fight would be neck to neck in 27 segments. It also says even a small percentage of swing in votes can tilt the balance either way.

As nervousness is growing among the poll warriors, the focus has now shifted to poll management. The next twenty-four hours would witness free flow of money and liquor and so far, we have not been able to evolve any system where this can be controlled. In fact, till the next five years, no one will even bother to speak about electoral reforms either at State or national level. One interesting factor that was thrown up during the campaign in Telangana was that greater coordination and unity displayed by the People’s Front.

Even as the clock was ticking towards the last minute for campaign, they utilised those moments to send a message that if voted to power their top priority would be agriculture, education, employment generation and health. The ruling party continued with its formula of trying to rake up the sentiment so that they can prevent split in their votes. It is now time for the voters whom political parties treat as God’s once in five years when they have to face the elections, to sit with calm mind, analyse the scenario and take a decision and exercise their franchise judiciously. #KhabarLive