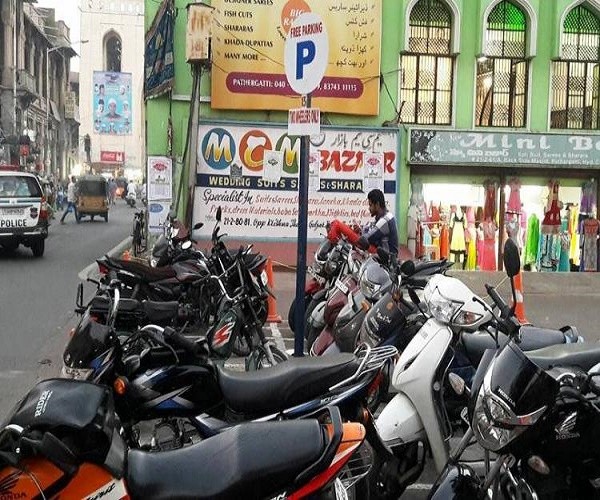 Maheshwari Parmeshwari Mall at Kachiguda Cross Roads in Hyderabad has been directed to pay Rs 50,000 as compensation for causing mental trauma to the complainant. An additional Rs 5,000 has been imposed as a fine to the court.

The court has given the mall owner 30 days to pay the amount, failing to do so will attract a 7% interest per annum from the date of expiry of 30 days till the date the amount is paid in full, read the judgement.

The judgement, though pronounced on August 29, was only made available to the complainant on September 13.

The mall, owned by Subbarami Reddy, was found charging Rs 20 for two hours and Rs 30 for a four-hour parking.

Vijay Gopal, the complainant in the case, had visited the Maheshwari Parmeshwari Mall to watch a movie earlier this year when he was charged Rs 30 as parking charges.

Vijay, who is also the president of Forum Against Corruption, had been vying for free parking in the city. He had in the past filed police complaints against malls, theatres and hospitals that have been levying parking charges violating the Telangana parking GO.

In March, the Telangana government issued orders to regulate the parking fee charged by commercial establishments in all urban areas of the state, including Hyderabad.

According to the Government Order (GO), visitors of malls and multiplexes can park their vehicles for free for the first 30 minutes. The GO, which came into effect from April 1, stated that no parking fee will be collected for the first 30 minutes, which could be extended to one hour if the vehicle owner produced a bill of purchase from the mall or multiplex.

In case the vehicle has been parked for more than one hour and the owner produced a bill or movie ticket that costs more than the parking fee, then the parking fee will not have to be paid. However, many commercial establishments in the city, like malls, hospitals and single-screen theatres, pushed back against the GO and some continue to levy parking charges.

“This is the first such judgement where there are three more consumer cases related to illegal parking charges with the Hyderabad consumer court. This judgement can be taken as a precedent for the other cases, not just in Telangana but also in Andhra Pradesh,” said the activist, who is puzzled by the high compensation fee and low fine that was levied by the consumer court.

In the judgement, the court, however, had not implemented the provision under section 14(1)(h) (HB) of the Consumer Protection Act, 1986, wherein if multiple consumers are affected, minimum 5% of the revenue generated should be levied as penalty.

The task of ensuring if commercial establishments abide by the parking GO rests with the Greater Hyderabad Municipal Corporation (GHMC) and the Police Commissioners. “I had initially made them parties to my case but a consumer court official, who accepted the complaint at the court, asked me to remove the other from the complaint, citing that the government agencies cannot be made a party to a consumer court cases.

But at a later time, when filing a consumer case against Prasad multiplex, another court official said I can make them party to the complaint,” added Vijay, who is presently fighting consumer court cases on illegal parking charges on GVK one, Prasad multiplex and Sandhya theatre. #KhabarLive