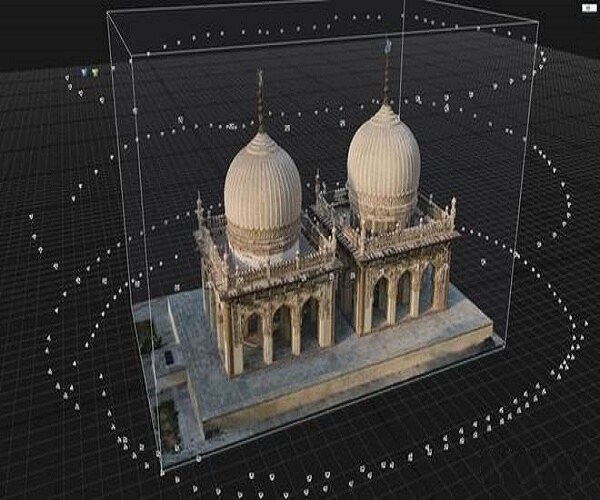 Design is a confluent term, and Hyderabad Design Week promises to capture how diverse this growing industry is, through their theme ‘humanising design.’ The event will be held in tandem with the 31st edition of the World Design Assembly in the city as well, serving as an extension for those local and from afar. Kicking off on October 9, Hyderabad Design Week will offer immersive and holistic experiences, including those celebrating futurism and the past.

A couple of years ago, IKEA made its foray into India which stimulated an all-rounding conversation around media arts and design but there were still some holes in the local conversation. So at Hyderabad Design Week, participatory art and multimedia amplifies this — don’t look for mundane speaker sessions. Instead turn your heads to interactive installations such as ones by Loo Cafe and city-based studio DesignAware. 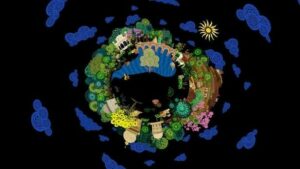 Into the metaphysical
French city-based artist Béatrice De Fays and French digital artist and musician Mathieu Constans have synced up to create VIA, an interactive installation fuelled by fine arts and the digital. “Life is composed by actions and reactions of human beings leaving their traces on the environment, spatial as well as temporal, which successively leaves its mark on these beings. This is the creative chain being offered through this creation,” Béatrice explains in her usual poetic style of explanation.

The artwork which is one aspect of the foundation here comprises layers. Béatrice has painted different iconic landmarks such as Errum Manzil, Qutb Shahi Tombs and Charminar but some areas are graphically (and intentionally) glitchy with overlays of computer coding and patches of deep-hued texture.

When her partner Mathieu comes to Hyderabad, the design duo will be working for a few days on the development of the installation at Novotel Hitex, where she usually works. The core idea of the installation is for the participant — not viewer — to become more communicative with the self, the surroundings and others present in that space; it presents an interactive immersive environment generated in real-time by the visitors themselves.

Another dimension of immersion is sound design is part of the experiential centrepiece of the VIA installation. Mathieu, who creates digital and interactive devices which give visitors the chance to experience and experiment with the artistic creation itself, works at the juncture of conscience and sensibility. He finds sound is an essential component of his experimentation which also include graphic creations.

The participants move through the process of transformation by immersing themselves in the space where the interactive installation is placed. The image, position and movements of the bodies of the participants are recorded in real time and in this way, their physical presence generates and activates a multimedia work that is constantly developing.

Instead of seeing the quotidian and mundane surroundings we are used to, the elements of heritage and technology propel a time travel of sorts. Essentially, every participant has a different experience, says Béatrice and she adds that she hopes people will take something a bit more introspective away from the exhibit. 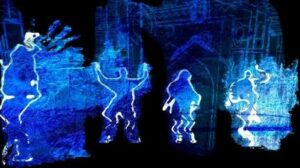 A digital excursion of heritage
The design community of the city is pretty familiar with the works of Deepak John Mathew, who has been dazzling many with his projects through his career as IIT Hyderabad’s Department of Design’s head.

But Hyderabad Design Week will have a double-whammy from Deepak: a Virtual Reality experience of the Qutb Shahi Tombs and a Virtual Reality 360-degree animation which recants the journey of Hayat Bakshi Begum.

ALSO READ:  Mother, Have You Anything To Say? Deconstructing Motherhood On Mothers Day

The Virtual Reality experience is a literal walk through history, the planes around the seven tombs brought to life by emerging technology. Sound design plays an integral role in the walkthrough. “Through a unique interaction of heritage, design, and technology, the public will experience the lavish grandeur of the past amid the dynamic evolution of Hyderabad’s present via a cutting-edge Virtual Reality experience that enables viewers to visualise the Qutb Shahi tombs in the glory days of the Nizams,” says Deepak.

The animation is surely an eye-catching one, especially for history and cinema buffs alike. “Exploring the latest technology of filmmaking, IIT Hyderabad presents the 360 degree Virtual Reality animation. Bringing together the latest in film technology with the rich narrative of Hyderabad’s history, this installation will display the trailer of Ma Saheba- the Queen of Hyderabad,” he explains.

The installations can be found at Rajiv Gandhi International Airport on October 8 and 9 October and at Hyderabad International Convention Centre October 11 and 12 — a pretty strategic move to give visitors a glimpse of must-see points of history in the city. #KhabarLive 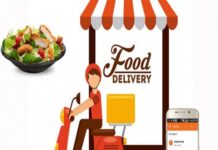 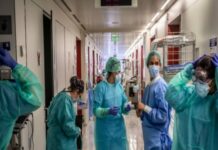 Why Nurses Treating Coronavirus Patients In ‘Lowest Priority’ In Hyderabad?

If The West Can Appreciate India’s Tribal Art, why Can’t Indians?

Telugu Language Not A Barrier For Versatile Singer ‘Shankar Mahadevan’

The Multi-Dimensional ‘Octo Spaces’ Becomes Avenue For Arts And innovation In...