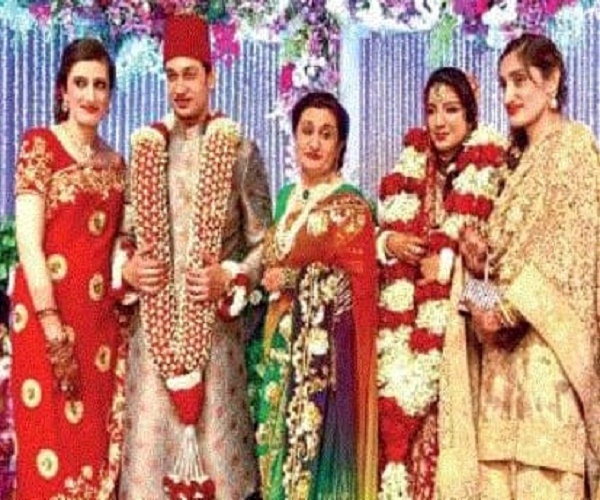 Nawab Barkat Alam Khan is all set to marry Qudsia Owaisi, daughter of Hyderabad MP and MIM president Asaduddin Owaisi. Barkat is the son of Nawab Ahmed Alam Khan and grandson of Nawab Shah Alam Khan. Barkat holds a post-graduate degree in management and looks after the family business. Ahmed is a dairy industrialist and specialises in bird and rose breeding. He gave a new meaning to rose shows in city. Barkat is his only son and the wedding is all set to be a grand affair, if the lavish betrothal party thrown in early this year is any indication.

Nawab Shah Alam Khan is a household name in Hyderabad thanks to his philanthropy and pioneering service to the cause of educational uplift of minorities. Golconda cigarette of Hyderabad Deccan Cigarette Factory, owned by the Shah Alams, was a popular brand in Hyderabad of yore. The Alam Khans manage a chain of educational institutions, notable being the Anwarul Uloom college, an autonomous institution. Shah Alam also first brought exotic roses to Hyderabad in the form of rose exhibitions.

The family also stands as the culinary representative of Hyderabad. Shah Alam Khan’s eldest son and Barkat’s uncle Nawab Mahboob Alam Khan is a master chef in Hyderabadi cuisine. He is credited with reviving some lost dishes of Hyderabad perfected by the Qutub Shahis and the Asaf Jahis.

Shah Alam family comprises seven sons of the grand old Hyderabadi, who passed away at 96 last year leaving behind a rich legacy. Mahboob Alam Khan was associated with TRS. In fact, Asaduddin Owaisi took Barkat and Ahmed to chief minister and TRS president K Chandrasekhar Rao last week to invite him for the wedding. Later, the Alam Khans gave a grand party to Hyderabad MP and his seven newly elected legislators a couple of days ago.

Meanwhile, the Owaisis are also bonding with another traditional Hyderabadi family soon. One of the daughters of Asaduddin is betrothed to the son of noted physician Dr Mazhar Ali Khan, cousin of Zahid Ali Khan, editor of Siasat Urdu daily. Zahid and Asad do not see eye to eye and many Hyderabadis hope that the new alliance may result in an end to the old political enmity. #KhabarLive