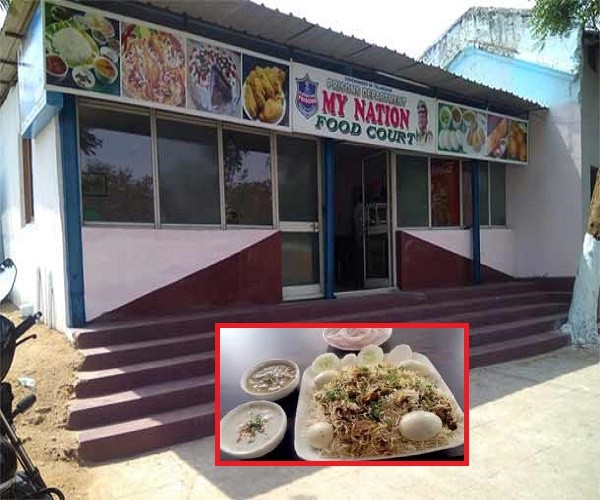 From now on, the prison inmates will start to serve ‘Hyderabadi Dum ki Biryani’ to the general public visiting the new ‘food court’ initiative taken up by the State prisons department.

‘My Nation Food Court’, launched on Sunday, will see the open-air prisoners prepare food, serve it to the people, and maintain the premises. Set to be open on all seven days, the food court will be located beside the Indian Oil petrol station, also maintained by the prison inmates and ex-prisoners, at Chanchalguda prison campus.

Breakfast, lunch, dinner, and snacks will be in the offering for those visiting the food court. The department has tied up with certain food and beverages brand to offer packaged products as well.

Biryani is set to be sold at `150 while full plate meals at `70. Snacks like mirchi bhajji, punugulu, and pakoda will be sold at `20, informed officials of the department.

“Two cooks have been outsourced on ad hoc basis to help the prisoners learn the art of cooking. After they gain experience, it would be a long-running initiative,” said Arjun Rao, Superintendent of Jail, Chanchalguda prison campus.

“The main objective is to provide an employment opportunity by which the prisoners can start their own canteens. The motive is also to serve unadulterated food which is healthy and hygienic,” he added.

Food would also be available for taking away at the food court. #KhabarLive

How An ‘Infosys Engineer’ Became Rich ‘Bitcoin Miner’ And Then A...