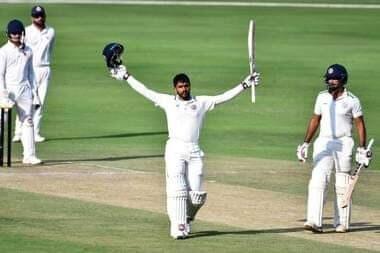 The Ranji Trophy cricket matches for Hyderabad team is disgraceful and shameful show. This is how one can describe Hyderabad’s disastrous performance in this season. All happened due to bad politics, mal-administration, poor planning, execution and low team spirit.

The Arjun Yadav-coached Hyderabad team succumbed to their fifth humiliating defeat from six matches in Group A and B comprising 18 teams. Hosts Bengal hammered Hyderabad by an innings and 303 runs in Kalyani on Tuesday. Hyderabad was drubbed by Gujarat, Punjab, Delhi and Andhra although they won a match against Kerala. It is for the first time in Ranji Trophy history that the two-time champions suffered three innings defeats in a season, pushing the team to bottom of the table. They have two more matches in hand and there is every possibility that the team may slip into Plate Division.

Considered one of the strongest teams in the country in the past, Hyderabad is now the weakest in the competition. Petty politics and lack of administrative will are said to be the biggest reasons that destroyed the Hyderabad team. It is not only the Ranji team but the under-23 and under-19 teams too faced similar fate this season.

The writing was on the wall much before the start of the season. Former captain Ambati Rayudu cautioned the new Hyderabad Cricket Association (HCA) president Mohammad Azharuddin about how the team is in a big mess after disappointing shows in the Vijay Hazare one-day and Syed Mushtaq Ali T20 tournament. He pleaded that Hyderabad needed an experience coach instead of continuing with Arjun Yadav. The former international went on record saying the appointments of various coaches was result of “poll arrangements” and one of them was Arjun as senior coach.

As things go now, Azharuddin, from whom much was expected, needs to take drastic steps to overhaul the system even though he keeps insisting that he came in the middle of the season and has no magic wand to cleanse the administration. But he has to act fast to arrest the continuing slide of Hyderabad team.