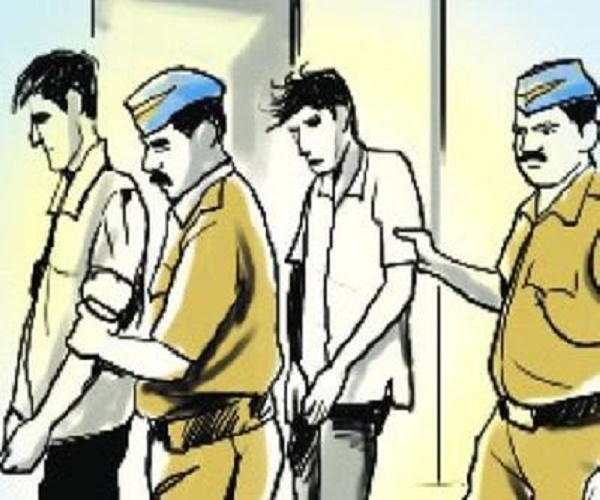 Three persons arrested in Mumbai for attempting to extort money at gunpoint from a woman advocate are Hyderabadis recruited via Facebook. A local court granted police custody of the trio till February 26 for further questioning.

Thorough investigations in the case revealed that the trio from Hyderabad was in contact with a Pakistan-based gangster, who is working for one Fahim Machmach, reportedly an aide of Dawood. Fahim, who has taken over the extortion business from Dawood, is now present in Dubai and lured the assailants through Facebook.

Ruhul Amin Shamshabad (24), a resident of Race Course Road in Malakpet, Mirza Mohammed Muffakham Baig (35) of Chaderghat and Mohammed Abrar Ahmed (20) of Rahmath Nagar in Banjara Hills, were picked by the Mumbai police two days ago, in connection with the case.The trio were allegedly hired to threaten and extort money from advocate Shabnam Shaik. This was being done on the behest of Zubair Khan, a Big Boss contestant, police have said.

Speaking to the Express, Mumbai DCP (Detection) Dilip Sawant said: “The advocate received threat calls from a Pakistan number and the caller demanded money. While tracking the number, it was found that the contract was given to three Hyderabad residents to threaten and extort money from the advocate.”

A team of police from Mumbai came to Hyderabad and with the assistance of the North Zone Task Force team, apprehended Ruhul, Mirza and Abrar, three days ago.

“Based on the confession given by the Hyderabad men, Zubair Khan was arrested in Mumbai from his Antop Hill area hideout. The accused have been given for police custody till February 26,” said sources in Mumbai.The DCP also said there was a rift between the advocate and Zubair, for which he contacted his friend Fahim in Dubai, who in turn hired assailants.

“The trio in Hyderabad were recruited through Facebook. A pistol, two magazines and four live rounds were recovered from their possession,” said DCP Sawant.Sources close to the Hyderabad police said: “It is learnt that the D-gang aides had been to Mumbai about a week ago and threatened Shabnam Shaik at gun point.”

Dawood aide? The trio from Hyderabad were in contact with a Pakistan-based gangster, who is working for one Fahim Machmach, reportedly an aide of Dawood. He took over extortion business from Dawood and operates from Dubai. #KhabarLive

How The ‘Hyderabad Police’ Pushing To Make The City ‘Beggar-Free’?