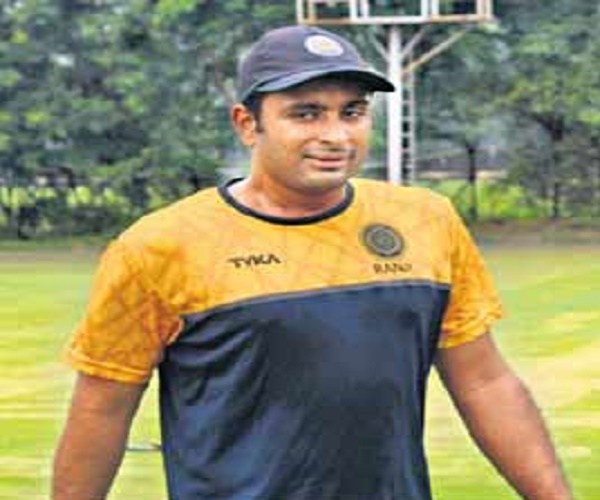 The star player, the gem of talent, ‘Ambati Rayudu’ was a born cricketer. His innate talent and acumen saw him blossom into a big time batter. But somehow, destiny did not side with him. It was in the late 90s when cricket circles in Hyderabad was agog and excited about a young kid, who was extraordinarily talented.

His father Sambasiva Rao, who hailed from Guntur but settled in Hyderabad, would ferry the innocent looking Ambati Thirupati Rayudu to the Gymkhana grounds. Rayudu impressed many cricket pundits including late Nagesh Hammond and Vijaya Paul with his stroke play and nuances of the game.

“Somehow, he was different from others. He would play the ball late and had a good cricketing brain. Most importantly, he played some bold strokes,’’ said the late Paul. Rayudu came into a limelight when in an inter-school tournament, the wiry -looking batsman hammered 150-odd in Bharatiya Vidya Bhavan’s ten-wicket victory while chasing 160-odd runs. “It was amazing stroke play. He showed good cricketing sense even at that age by taking singles off the last ball before taking most of the strike and finishing off the match single-handedly,” said Paul.

“It aroused curiosity and I remember asking him to come to Gymkhana grounds. The shy-looking 13-year-old batsman was lost in his own world and we took a picture with the scoreboard at the background. Rayudu’s journey was a roller-coaster ride that was ridden by controversies that created obstacles throughout his career.”

Former Hyderabad Ranji opener Abdul Azeem remembers that he saw Rayudu for four balls in a summer camp and immediately fought for the 13-year-old’s inclusion in the Hyderabad under-19 team. “I had to literally fight with Shivlal (Yadav) for his inclusion. I said this boy had a lot of promise and full of strokes. He played fearless cricket even at that young age. I immediately felt this boy is a hugely talented cricketer.’’

Rayudu made his Ranji Trophy debut against Himachal Pradesh in 2001-02 season as a 16-year-old and signalled his arrival on the big-stage by hammering 210 and 159 not out against Andhra at Gymkhana grounds in only his third match. But he got noticed against Mumbai when he hit 90-odd runs at Wankhede Stadium.

Former Test left-arm spinner SL Venkatapathy, who was leading Hyderabad, was amazed with his stroke play. “Munaf Patel was pretty quick but Rayudu showed tremendous technique and stroke play even as other batsmen struggled at the other end. He was not as wristy as Azharuddin or VVS Laxman but had excellent eye and hand coordination. He could play the inside-out strokes effortesly,’’ said Raju, who was the non-striker.

A born rebel, his career began to take a turn. He ran into trouble with coach Rajesh Yadav at New Delhi in the Ranji Trophy semifinals against Railways in 2004-05 season and he subsequently decided to quit Hyderabad to play for Andhra the next season. There was famous incident at Anantapur in Andhra Pradesh when he and Arjun Yadav (son of Shivlal Yadav) had a tussle on the ground. It led to acrimonious confrontation and bad blood flowed between Rayudu and Shivlal Yadav. Of course later on, Shivlal Yadav agreed for Rayudu’s return to Hyderabad in 2006-07 season.

Rayudu had the opportunity to lead the Indian team for the under-19 World Cup in Dhaka in 2004 which had the likes of Dinesh Karthik, Shikhar Dhawan and Suresh Raina among others. Even as these players made a good progress to make India debut, Rayudu lost his way.

The homecoming to Hyderabad hardly lasted for a season or two before he was lured into the rebel Indian Cricket League. He was banned for two years. He came back into the BCCI fold. Rayudu did not stay long for Hyderabad. He decided to move over to Baroda (2010 to 2015) and by that time Hyderabad were demoted to second league. He felt he would be able to fulfill his long cherished dream to play for India while representing Baroda.

Sachin Tendulkar had always a special liking for Rayudu’s talent. He even saw his splendid 177 in England for Indian under-19 team in 2002 and was impressed. It was no wonder he was roped in by Mumbai Indians after his return from ICL in 2010. But he finally made his international one-day debut in 2013 although he could never play Test cricket. It was two years ago after playing for Baroda and Vidarbha he returned to Hyderabad for the third time. There were many who felt Rayudu never showed the commitment that could have helped Hyderabad.

His decision to quit first class cricket last season came as a shock. He said he wanted to concentrate in shorter format of the game. He was a certainty for the World Cup but the tide turned against him in the home series against Australia before he was overlooked for the World Cup even for the two replacements. This would have certainly broken this temperamental cricketer’s heart to end his glorious career at 33 years. #KhabarLive