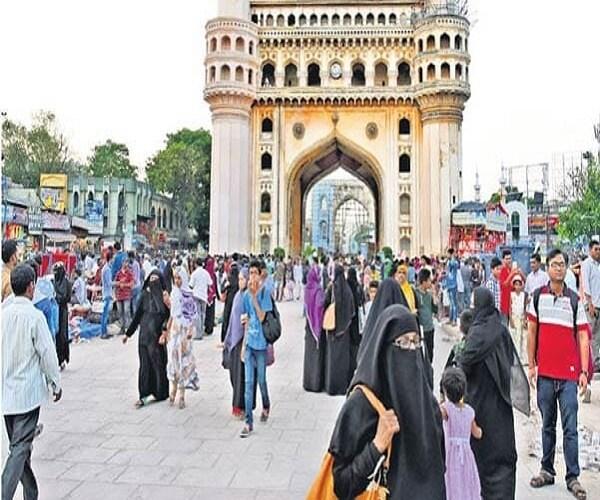 New to Hyderabad? Don’t worry, just get ready to get bowled over by the sweet-sounding lingo and no, it’s not complicated at all. #KhabarLive decodes the language for you in Hyderabad.

The first thing that probably flashes in your mind when you think of Hyderabad is Biryani (in case you’re a foodie) and the heritage left by the Nizams. But then, if you ever had a conversation with any Hyderabadi or heard people in the city speaking in their unique yet appealing lingo, it will stick in your mind forever, for sure.

Each State in India owns a unique lingo. Slang words vary from not just State to State but from city to city. Still, nothing could get the better of colourful Hyderabadi lingo which will baffle you in the beginning, but, ultimately, you will find yourself uttering pakka Hyderabadi words like ‘chicha’ and ‘yaaron’.

All right, there’s no need to hunt for a dictionary to know what a Hyderabadi is saying! Mainly because it is not complicated to pick up the Hyderabadi lingo; instead, all that you need is a bit of enthusiasm to know inside out about the language, and curiosity to have a conversation with as many Hyderabadis as possible – even if it is with over a cup of Irani chai. Now, don’t trivialise Irani chai because Irani cafés in the city are enough to make you proficient in the Hyderabadi lingo in no time.

From calling ‘biscoot’ for the biscuit to ‘chicha’ (roughly translated to uncle) for the waiter, people at Hyderabadi Irani cafés are coining a bunch of phrases and words for ages now. One such word is ‘baigan’. In general, baigan is the name of a vegetable. But, for Hyderabadi ‘potte’, it is a single word to express anger, love, failure, anxiety, curiosity, pride, victory, sorrow, jealousy and humour. Beware; it is a word that must not be taken lightly! And, in case you’re wondering if Hyderabadis consume ‘baigan’ as a dish, yes, they do. The most sought-after cuisine in the city is ‘baigan ka salan’.

How Hyderabadis use the word ‘baigan’ in different ways:

Ironically, the concept of singular-plural is completely different in Hyderabad. The letter ‘s’ that we generally put at the end of the word to make it plural is replaced by the suffix ‘aan’ — like cycleaan, logaan, bottleaan, etc. In case you are new to the city and question about their lingo, Hyderabadis blatantly say ‘Yeh Hyderabad hai, yaha aisaich boltey’. Don’t be left open-mouthed when you are welcomed into any store, especially at Charminar, with owners asking ‘Kya Hona’? Which means ‘What do you want?’ The word ‘chahiye’ is something that Hyderabadis hardly ever use.

What’s more, is that you get on to a road in this city and you can come across people with different and multiple characteristics. In case a vehicle tries to overtake another or drive recklessly, a serious stare of another road user at that vehicle owner is enough and that’s how most of the Hyderabadis refrain from having the war of words. On the other hand, the phrases like ‘Tumara bawa ka road samjha kya re?’ (Do you think that this road is your dad’s?), ‘Jara hallu jaa’ (Go little slowly), ‘Cutaan nakko maar’ stands as the most used words of Hyderabadi road users.

Generally ‘parson’ means the day before yesterday or day after tomorrow for the rest of the world, but if a Hyderabadi says ‘parson’, it can probably mean decades ago or 5 seconds ago in the past or ten years in the future. Never trust a Hyderabadi saying that they will be there in 5 minutes or ‘Main abbhich aarun’ (I would be there soon) – it means he was chilling at home at that time and will reach the destination after you ring them five more times.

Being easy-peasy comes naturally to Hyderabadis. Reach your ‘pakka Hyderabadi’ friend with a problem and he will comfort you with a ‘Lite lo yaaron! – and that’s enough to boost you up. The language of Hyderabadi is also called ‘Dakhani’. It is a mix of Telugu, Hindi, and Urdu. The Telugu language spoken in Hyderabad has a lot of Urdu words in it, and in the same way, the Urdu spoken in this city has influences of Marathi, Telugu, and Hindi. Eventually, the merger of various languages has led to Hyderabad’s dialect – the Hyderabadi Hindi/Urdu. Not just some regional languages, the city peeps possess a talent of pushing English words in the middle of a sentence while holding a conversation.

“Looking at how language changes every few hundred kilometres, some scholars are of the opinion that Hyderabadi dialect developed during military conquests, as soldiers were joining at multiple locations. Thus, the Hyderabadi dialect has a heavy dose of the Marathwada region through which the armies have travelled,” says historian Arvind Acharya.

For instance, in the Hyderabadi dialect, the word for ‘yes’ is ‘hau’, which is far from the Hindi or Urdu ‘haan’ but very close to the Marathi ‘ho’ (for yes). For refusing someone’s offer, you would say ‘nahi’ in Hindi/Urdu, but in Hyderabadis say ‘nakko’ which is, seemingly, influenced by the Marathi word ‘nako’ (for no). #KhabarLive

Is Posh And Elite Locality ‘Banjara Hills Road No: 12’ Haunted...