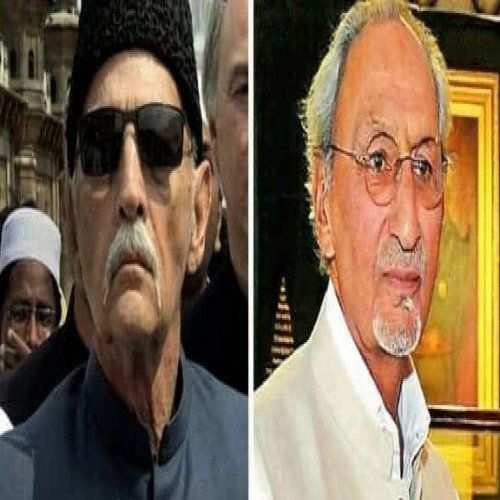 The titular eighth Nizam of Hyderabad, Prince Mukarram Jah, says he wants a ‘clean break’ from a decades-old legal fight over funds lying in a United Kingdom bank account belonging to his ancestors, as he waived his right to a share in the estimated 4,00,000 pounds leftover after an English high court order from last year.

At a hearing in the high court in London on Wednesday and Thursday, held remotely via Skype, Justice Marcus Smith dismissed an attempt by members of the Nizam’s extended family to stake claim over the total amount of around 35 million pounds held in the London bank account dating back to Partition in 1947.

The bulk of those funds were legally divided up between Prince Jah, his younger brother and India after an October 2019 court order dismissed Pakistan’s claim over that money.

However, a part of the sum accrued to the late seventh Nizam of Hyderabad‘s English estate, which is believed to be around 400,000 pounds.

“This litigation has lasted almost the entire lifetime of our client, HEH VIII Nizam of Hyderabad. He wishes to have a clean break,” said Paul Hewitt of Withers LLP, who have acted for the eighth Nizam since proceedings were issued in the case in 2013.

“Thus, he proposes that whatever remains of the 400,000 pounds can be distributed to the wider members of the family, waiving his right to claim that money as well on the basis of the customary law which dictates that the seventh Nizam’s estate passed to his heir HEH eighth Nizam,” he said.

During the hearing this week, Justice Smith had dismissed attempts by Najaf Ali Khan, president of the Nizam Family Welfare Association, and Himayat Ali Mirza to challenge his October 2019 judgment in favour of India and Prince Mukarram Jah and his brother in the 70-year-old legal dispute with Pakistan.

The two princes and India had reached a confidential agreement, which meant that the funds have been shared between them on pre-agreed terms.

They also reached a confidential agreement with Christopher Lintott, the court appointed administrator of the late seventh Nizam’s English estate, by which an additional sum passed to the late Nizam’s estate and of which an estimated 400,000 pounds remains.

At the end of the two-day ruling this week, Justice Smith approved Lintott’s application to appoint a trust company to be the new personal representative of the remaining funds.

The new representative will now establish who is entitled to what remains after legal costs of the 400,000 pounds, to which Prince Mukarram Jah has agreed not to lay any claim.

It is now for the PennTrust to conduct an inquiry and allocate what remains of the funds in light of the eighth Nizam’s offer to the wider family.

Appearing via Skype, the titular eighth Nizam’s relatives, claiming to be among 117 heirs of the late seventh Nizam, had targeted Lintott for entering into the confidential agreement with India and the princes, saying that he should have secured more money for the estate of the erstwhile seventh Nizam.

The judge pointed out that the confidential agreement was approved by another high court judge, which makes the prospect of a claim against Lintott succeeding remote.

The historic dispute revolves around 1,007,940 pounds and nine shillings transferred in 1948 from the then Nizam of Hyderabad to the high commissioner in Britain of the newly-formed state of Pakistan.

That amount had since grown in a London bank account into 35 million pounds as the Nizam’s descendants, supported by India, claimed it belonged to them and Pakistan counter-claimed that it was rightfully theirs.

Last year’s High Court verdict had dismissed Pakistan’s claim, marking an important conclusion to an extremely long-drawn legal battle that saw the Indian government, the princes and the administrator of the estate of the seventh Nizam of Hyderabad compromising their differences and entering into a confidential settlement agreement in 2018. #KhabarLive #hydnews