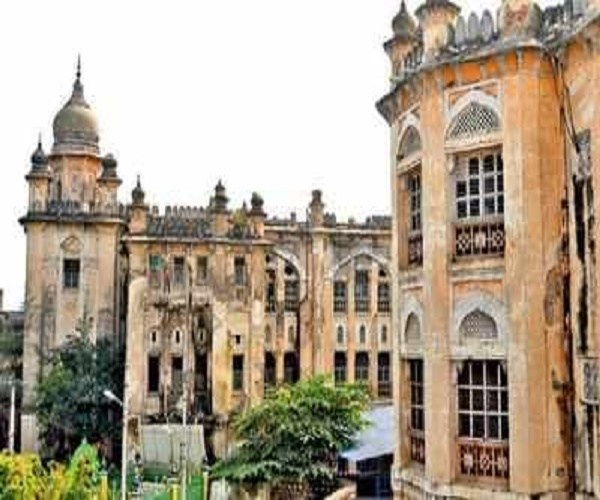 The In-patient block of the Osmania General Hospital lies in shambles. Massive cracks adorn the whole building, bricks are exposed in the ceiling where the plaster has worn off and patients, who were supposed to fit in three floors, are now crammed into two floors.

The palatial building, which is over 100 years old, does not seem fit to house anyone, let alone patients who desperately require medical care. The hospital is in dire need of renovation and repairs.

A few months ago, the building’s second floor was cordoned off after parts of the roof collapsed. Fortunately no one was hurt. A matter of grave concern is the impending monsoon, which will adversely affect the building and subsequently the hundreds of patients housed in the hospital. Every year as rains lash the city, the hospital’s structure witnesses a large amount of water leaking through the roof.

“The building is already in a terrible shape and cannot handle heavy rain, which could cause severe leaks and damage to the structure of the building,” one of the junior doctors working at OGH told #KhabarLive on the condition of anonymity. The damage already done is evident on the walls of the building, with paint peeling and mould growing because of the leakage in the walls.

“It is not a healthy environment for the patients, they deserve a better building. The government has promised to do something about it but till now no action has been taken,” said Dr PS Vijayender, Chairman of the Telangana Junior Doctors Association (TJUDA).

Until the hospital sees repairs or renovation, patients will have the added misery of being housed in a building in total shambles and with no adequate infrastructure to deal with the problems because of the upcoming rains.

The issue, however, is far from new. OGH is one of the oldest hospitals in India and was conceived after the Musi flood of 1908 under the rule of the seventh Nizam, Mir Osman Ali Khan. However, the apathy of successive governments has resulted in the present dilapidated state of the building.

In 2015, plagued by protests, Telangana Chief Minister K Chandrasekhar Rao visited the hospital and suggested that a new building be constructed in its place. The decision drew a lot of flak from historians and activists, and it was postponed. Another plan was proposed to shift the patients out of the building and preserve it as a heritage structure. However, these plans still remain on paper.

Speaking to #KhabarLive, the hospital’s superintendent Dr Nagendar said, “The government has plans to construct a new building to replace this block, but it has been delayed because of the elections.” He also said that all the patients are now housed in the ground floor and first floor, and claimed that these two floors are safe.”

In December last year, one of the operation theatres had to be shut down after two operation tables in need of repairs collapsed, highlighting the lack of resources in the state-run hospital. However, the superintendent said that all three operation theatres in the block are now fully operational. #KhabarLive