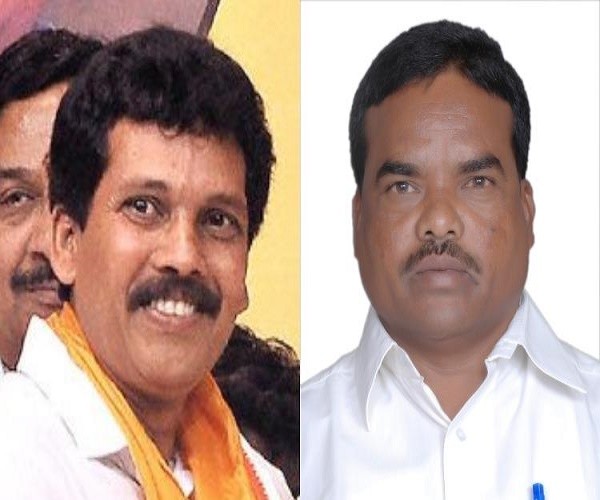 On 21 September 2004, the formation of the Communist Party of India (Maoist) by the merger of the People’s War with the Maoist Communist Centre of India, was followed by the failure of peace talks with then Andhra Pradesh government led by YS Rajasekhara Reddy. By 2006, Andhra’s elite anti-Maoist force, the Greyhounds, forced the outlaws to beat a retreat, giving up their domination of Telangana and most parts of central Andhra.

In the week that the Maoists are observing the 14th anniversary of their formation, the Reds have struck; and struck hard in their last bastion in Andhra Pradesh, the Andhra-Odisha Border (AOB) zone. By killing Araku MLA Sarveshwar Rao and former Araku MLA Siveri Soma, both allied with the ruling Telugu Desam, they have sent across a chilling message to the Chandrababu Naidu government – that they are not a finished force as yet.

Did the police not see it coming? It did.

Visakhapatnam Range DIG Srikanth says all the public representatives, who were perceived to be targeted, had been specifically warned not to indulge in any ‘loose movement’. With the Maoists observing their formation day week till 27 September, Sarveshwar Rao was warned just four days ago.

Yet Rao and Somu went to Livitiput village in Dumbriguda mandal, 15 km from Araku town, reportedly without informing the district police in Visakhapatnam. This meant that the Standard Operating procedure of sending a road opening party in advance to the village to sanitise the area and ensuring it is safe for political VIPs to travel was not followed. They perhaps felt safe with only their personal security guards accompanying them.

“They had gone to the village to attend the Gramadarshini programme, to tell the people about what the TDP government is doing for the tribals. We have not had any attacks on lawmakers in the last four years,” said Chinna Rajappa, Andhra Pradesh Home Minister.

The Maoists seemed aware of the plan of the two leaders to visit the village, which means, someone in Livitiput had possibly tipped them off. It was a large armed force of Maoists, which, according to an eyewitness account, took the two leaders hostage, tied their hands, led them a little distance away, argued with them for close to half-hour and then shot both of them dead at point blank range. They also took away two weapons of their personal security guards.

Livitiput, located 15 km from Araku town, is close to the Koraput (Odisha) border. From an anti-Maoist operations point of view, this is considered the softer part of the AOB, less naxal-affected than the Malkangiri side, where most of the action takes place. The Maoists had clearly chosen the surprise element with precision.

Sarveshwar Rao was a controversial figure himself in these parts. In 2014, he was elected on a YSR Congress ticket but migrated to the TDP two years later. Sources say that he had contacts with the Maoists, which is perhaps one reason why he did not feel threatened by them and threw caution to the winds.

In July, tribals had protested, demanding the cancellation of a mining lease obtained by Rao in the name of a relative. They accused the MLA of securing the license using political clout, without the mandatory approval of the gram sabha. Issues like these that concerned tribals are usually taken up by Maoists, to be in their good books.

In the past many months, the forces have had the upper hand versus the Maoists. In February, the forces ambushed a camp, recovering huge quantities of ammunition. In May, a diary believed to belong to top Maoist leader Ramakrishna, was recovered, which suggested that the outlaws would now employ surprise attacks instead of routine attacks. The police believe the attack has Ramakrishna’s signature all over it.

Which is why Maoists will look at these two hits as a major success. It will boost its party’s morale, which was sagging in recent times as a result of reduced recruitment. It will position it as a guerilla force of some relevance and boost its standing among the tribals. The fact that the locals in Araku protested against the police, even burning the Dumbriguda police station, calling it a failure of the police to protect public representatives, will be music to Maoist ears.

ALSO READ:  Where Is AP CM Naidu When AP Shuts Down?

“We will continue to hunt them down,” says Nalin Prabhat, Special ADGP (Operations) in charge of the Greyhounds force. Clearly, the brazenness with which the Maoists carried out this strike, means there will be pressure on the Greyhounds and the Odisha police to track down the Koraput dalam, which is believed to have executed it.

The reaction to the killings also exposes the hypocrisy of the overground support system of the Maoist party. Every single time that Ramakrishna has been surrounded by the police force inside the forest, the Maoist sympathisers in Hyderabad have made a noise about it, alleging attempts to kill the senior Maoist commander in a fake encounter. The same so-called intellectuals do not squeak when a lawmaker and a former legislator are killed in cold blood. Their silence is a commentary on how fake their sense of justice is. #KhabarLive

The Booming ‘Convenience Economy’ Of Hyderabad With Fuelling ‘Concierge Apps’