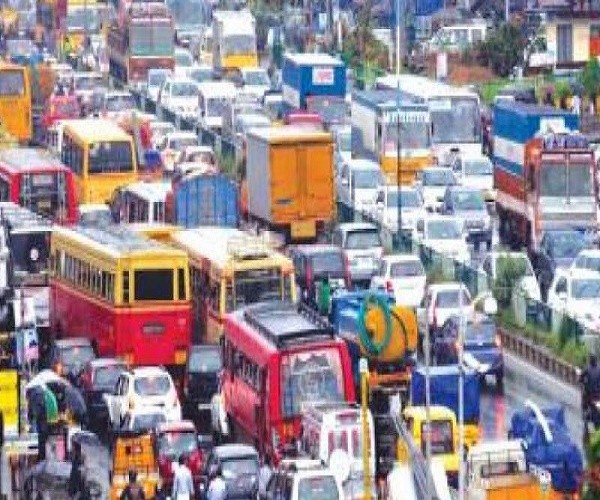 The major hurdle in Hyderabad city traffic is the disruption of flow by illegal gates on internal roads which is hazardous. Despite several strict rules traffic police unable to control this menace.

The Railway Colony, Gunrock Colony and Icrisat Colony among others have gates on internal roads. While SCB residents are struggling with closed roads, a new problem has emerged involving internal colony roads.

While Radhika Colony in Ward 5 has a gate on its internal roads, Ram Gopal Enclave at Mahatmanagar of Ward 6, opposite Ashoka Gardens, is building one. The Railway Colony, Gunrock Colony and Icrisat Colony among others have gates on internal roads.

The SCB has to give permission to build gates on internal roads, but the Ram Gopal Enclave association only submitted a letter and has not yet secured the board’s nod.

When contacted, a Ram Gopal Enclave association member on condition of anonymity said, “There are two primary schools in this area. We have constructed the gate because of some security issues. But we will keep it open all the time.”

Road users say the gates could disrupt connectivity between colonies and require long detours. Mr K. Suresh Kumar, a resident of Mahatmanagar, said: “The road does not belong to individuals, they cannot block it. Gates in other colonies are often closed, which forces residents to travel an extra mile. There is no guarantee that it will not happen at Ram Gopal Enclave. If there is a gate, there are chances that it will be closed.”

Asked about the issue, Ward 6 elected member K. Pandu Rangam Yadav said, “We went to the Ram Gopal Enclave to stop the construction of the gate. The association said they had given a letter to the board on the matter, and assured us that the gate will remain open all the time. They are constructing It is only for emergencies.”

SCB vice-president J. Rama Krishna said, “The board is yet to take a decision on internal gates. Colony residents keep complaining that unknown people enter the premises and want security. But obtaining the board’s permission is mandatory.” #KhabarLive