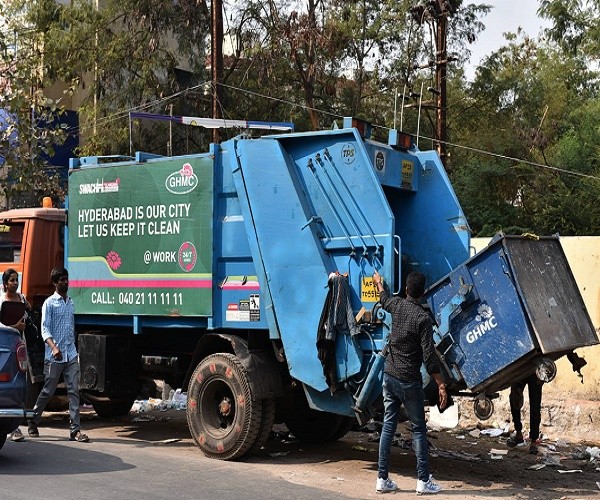 In a dirty and murkier ever incidents of one of the Telangana’s prestigious government organization to identify and act on the sheer irregularities in transport wing.

It took five years for the Greater Hyderabad Municipal Corporation (GHMC) top brass to lodge a formal criminal case against its corrupt officials of the transport wing, after the vigilance and enforcement wing of the general administration department recommended criminal prosecution of the officials and private persons responsible for huge scam.

What more! The huge financial fraud pertains to the years 2007-09 which was noticed GHMC Scam : Key Files Vanish in Garbage n 2011 by the then GHMC commissioner Sameer Sarma. On his request, vigilance and enforcement wing carried out probe and made its recommendations.

Even as fingers of suspicion are pointed at the toned down report of the vigilance and enforcement, the GHMC top brass appears to have kneeled down before the political bosses and delayed filing criminal case by five years.It was in May 2016, GHMC commissioner B Janardhan Reddy lodged a complaint with the CCS against 10 fictitious suppliers and some officials of the transport section of the GHMC. The CCS officials recorded the statement of GHMC commissioner who told the investigators that as per the vigilance and enforcement report an amount of Rs 26.72 crore was misappropriated during 2007-09 in the transport section of GHMC in the name of spares and repairs.

Further, the corrupt officials of the transport wing purchased 302 new vehicles during 2007-08 and incurred huge expenditure towards spares and repairs during the 2008-09. Even though the vehicles were new and were in road worthy condition, the spare parts dealers in collusion with the GHMC officials siphoned off the funds earmarked for vehicle repairs, the GHMC commissioner said in his statement to the cops.

Based on the complaint, CCS sleuths registered FIR No.127/2016. But another shocker came when it emerged that the cops could not find records related to the fraud. It appears the powerful lobby of the corrupt officials of the transport wing and the fictitious suppliers prevailed upon the GHMC administration and ensured that the records related to the huge financial fraud vanished.

What is more surprising is that the fictitious suppliers registered new companies and continued their corrupt practices in collusion with corrupt GHMC officials while the corrupt officials responsible for the 2007-09 financial fraud got regular promotions. Senior officials retired on superannuation while mechanics got promotions as engineers.

The same corrupt officials holding higher posts and the same fictitious suppliers with the help of new companies went on carrying out the corrupt practices even as the GHMC top brass looked the other way and failed to implement strictly the recommendations of the vigilance and enforcement wing to bring transparency and prevent corruption in the transport wing.

Besides, the irregularities and corrupt practices continue unabated in the transport wing of the GHMC as the tainted officials are allowed to work in the same places because they enjoy enormous influence. The tainted officials have god fathers in all the political parties.

AutomobilesThe corrupt officials of the transport wing are hand in glove with the contractors and workers unions. They not only resort to corruption, misappropriation of funds but grease the workers unions to keep them at bay, according to social activist K Venkatanarayana.

He said that the corrupt officials in collusion with fictitious spare part dealers produce fake bills for the spares that were never purchased. In many cases, the corrupt officials buy used spares from the old spares market in Afzalgunj but produce fake bills in collusion with certain fictitious dealers and firms.“All these things are known to the top brass of the GHMC, but they remain mute spectators to the blatant corrupt practices due to obvious reasons. Besides, the higher-ups fear any action would disturb garbage transportation as the officials working in the vehicle repairs units are capable of bringing the garbage vehicles to a halt”, he said.

The extent of power and influence enjoyed by some corrupt officials of the GHMC could be estimated from the fact that the recommendations made in September 2011 by the Vigilance and Enforcement department to prevent corruption and ensure transparency in the repairs of GHMC vehicles, have not been implemented even after six years, he said.

The social activist says, “I am afraid the GHMC officials will in all probability thwart the case. Hence, I am appealing to the Lokayukta to recommend a CBI probe. Only a CBI probe can bring the culprits to book.”Venkatnarayana also demanded that the GHMC top brass should seek CBI probe into the ongoing corruption in the transport wing. #KhabarLive