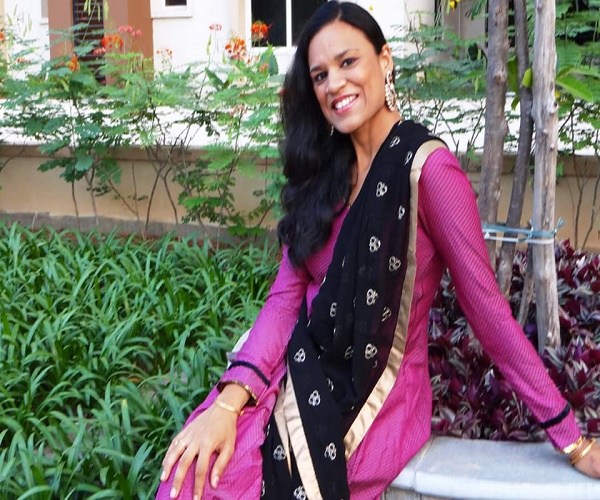 Today’s women are unquestionably multi-skilled and multi-talented. Anupama Dalmia is one of those multi-talented women who has always ensured that she is up to her best. She is one of the country’s finest bloggers and what’s unusual about her is her willingness to pursue multiple passions with relentless fervor. We can surely take a leaf out of her book.

It’s not just that we don’t have enough time to spare for our interests and passions, but it is also the fear of unknown or self-doubts about the results of our endeavours which many of us struggle to overcome. However, Anupama overcame it all and went on to do what she always wanted from life.

Anupama Dalmia holds a degree in MBA (Systems and Finance) and B.E. (Computer Science). After having a lucrative career in IT for 6.5 years, she resigned to pursue her passion in the creative field. She is an acclaimed and multiple award-winning blogger and an author whose work has been published in various coveted magazines and online platforms like Women’s Era, Women’s Web, Momspresso, eFiction India, Youth ki Awaaz, Readomania, SheThePeople, etc.

She has won numerous short story writing and blogging contests and has been featured by Women’s Web among the top bloggers of India. She was also recently featured in Femina among the leading five bloggers of South India and has made her way into Newspaper dailies like Eenadu, Deccan Chronicle, The Pioneer and TOI. She has been chosen by Mompreneur Circle among the top 11 woman entrepreneurs of India for their Inspiring Women Entrepreneur series.

She was among the top writers of the year 2018 on popular platforms like Momspresso and Women’s Web. She also motivates young minds with the power of spoken words through examples from her own journey. She also tries to do her bit to make the society a better place and had won the “Volunteer of the year” award while volunteering with a local NGO in the counseling of human trafficking survivors.

Her debut e-novella “Aarohi” has been garnering rave reviews by readers as well as professional reviewers and is among the top 3 in Goodreads list of “Best Kindle Unlimited Picks for Indian Readers – 2018”. Her second book “Muffled Moans” is an International Anthology which has stories and poems from selected authors from across the globe. She was featured by ICICI Bank as a part of their “Fund Your Own Worth” campaign in which inspiring stories of Indian women from every field were shared on their home page.

She is also a professional dance choreographer and is the founder of the dance enterprise “Rhythms & Beats” which is into dance events and workshops. She co-owns the award winning cookery portal “Tingle Your Taste Buds” along with her mother and the mother-daughter duo has been featured on multiple platforms like “The Better India”, “First Moms Club” and leading daily newspapers like Amar Ujala.

She is the founder and chief mentor at “Beyond the Box” as a part of which she mentors children as well as adults on creative writing through classes and workshops at schools, communities and corporates. To know more about her and her accomplishments, you can visit her author website here.

Rhythms & Beats
Anupama strongly believes that dancing is done from soul more than one’s body. “Rhythms & Beats” is her dance enterprise through which she conducts dance workshops and events in Hyderabad. From Contemporary to Hip-Hop to Semi-Classical to Rock and Roll, she aims to bring variation in her choreography through different dance styles. She also caters to individual choreography requests for Sangeet performances and other personal/official events.

Last year, Rhythms & Beats conducted its first public event – a Dance Marathon in which 120+ people participated and it was appreciated by one and all. This year, she intends to take the brand a step ahead with more events done at a larger scale and wishes to continue to spread the love for dancing in more and more people.

Beyond the Box
Anupama says that sometimes dreams chase us. This is what happened in her case when a casual attempt at exploring mentoring turned out to be a life changing experience for her. Urged by some friends, in June 2017, Anupama conducted her first 3-day creative writing workshop for 25 kids. In those 3 days she realized that she was meant to mentor kids and that it came very naturally to her.

She also figured that kids are forced to imagine and express in a certain way most of the times and decided that she would provide them an environment where they can express without being judged. She started taking regular classes and also began to get invited by schools and corporates for workshops. When the work started increasing in this space, she launched her brand “Beyond the Box” to streamline it all.

Through her guidance, many kids have shown vast improvement in not just their writing skills or reading habits, but also in their overall personality development as her approach is holistic. Some of her students have got published in coveted magazines, online platforms and newspapers and have also won national level writing competitions. She has also recently launched some online programs and is gearing up for some wonderful initiatives for adults as well.

Tingle Your Taste Buds
Anupama did not just pursue her passion after resigning from Infosys but helped her mother pursue her passion too. Her mother was always passionate about cooking and fostered a dream to open her own restaurant. When Anupama realized that her mother had let go of her dreams for taking care of the family, she decided to do something about it.

Opening a restaurant at that point was not feasible due to certain constraints but she did something else. She started a cookery page for her mother “Tingle Your Taste Buds” where she could share her cooking recipes and tips. They took it one step at a time and what started as a small page is today a popular and award-winning portal with a dedicated subscriber base.

They reach out to food lovers from across the globe and believe in making the process of cooking simple for everyone. This venture runs through advertisements and collaborations and Anupama and her mother are now working on their first cookery book which is slated for a release in the next couple of months. #KhabarLive