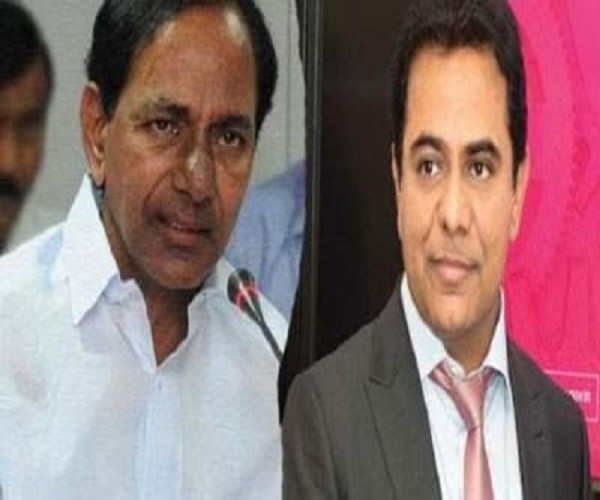 Discontent is said to be brewing within the KCR’s family of Telangana Rashtra Samithi president and caretaker chief minister, as the assembly elections are fast approaching.

Particularly, KCR’s son and IT minister K T Rama Rao is said to be terribly upset with his father’s stubborn attitude of not making any changes in the list of 105 candidates announced on the same day of dissolution of the state assembly.

In fact, the list came as a big surprise to KTR himself, as he thought his father would discuss with him before finalizing the list.

Party sources said KTR had promised party tickets to many aspirants and had even collected huge amounts as party funds.

But when the list was out, he was very much disappointed as there is no way he could accommodate the aspirants to whom he had given an assurance.

He later pacified them that he would prevail upon his father to make some changes in the list, so that they could get the tickets.

One such candidate was deputy chief minister Kadiyam Srihari, who was hoping that he would get the party ticket for Station Ghanpur constituency.

If KCR was not keen on giving him the ticket as he is already an MLC, Kadiyam thought he would lobby for his daughter. But KCR retained sitting MLA T Rajaiah.

Srihari tried to bring pressure on the party by instigating revolt against Rajaiah in the constituency.

He provoked the party workers to come in big numbers to Pragati Bhavan and demand that Rajaiah be replaced.

Even KTR brought immense pressure on his father. But KCR was too adamant to make any changes. He categorically told KTR and Srihari that he would not replace Rajaiah at all.

As a result, a thoroughly disappointed Kadiyam went back saying he would abide by the party decision. However, his supporters openly vowed to defeat Rajaiah.

KTR is learnt to have fought with his father over his adamant attitude. But KCR was unrelenting, causing a lot heartburn in the son and other members of the family, say sources. #KhabarLive

Telangana Assembly Elections Is Getting Much ‘Costlier’ In Terms Of ‘Expenditure’...