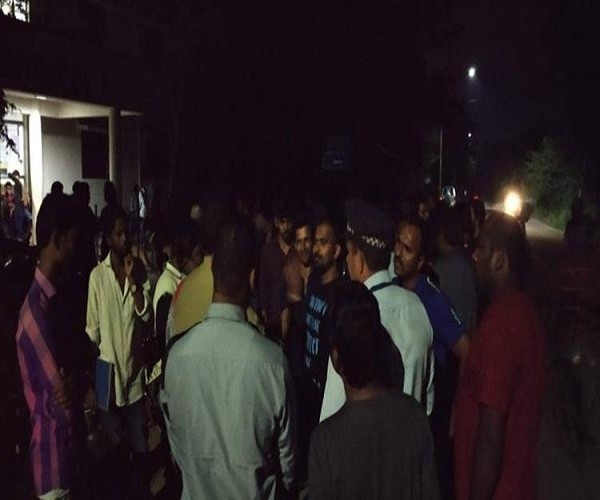 A day before the Students’ Union elections in University of Hyderabad, student supporters of Akhil Bharatiya Vidyarthi Parishad (ABVP) allegedly physically assaulted four students belonging to the Tribal Students Forum (TSF) as they refused to vote for them.

The incident took place at around 9.30 pm at Men’s Hostel-F on Thursday. The TSF alleged that ABVP members were drunk and attacked them. Following the incident, tension prevailed at the university and the TSF promptly filed a complaint with the university’s chief security officer.

Speaking to #KhabarLive, TSF president Sundar Rathore said that when the TSF students were returning to their hostel after finishing their dinner, at least 12 ABVP members, allegedly drunk, stopped four of their students when they were entering their rooms.

“They stopped them from entering the room, forcibly checked their pockets, later they gave them ABVP’s manifesto and then asked them to vote for them. Some of the students who attacked them were alumnus,” he alleged.

“Our students saw beer bottles in their hand. Since our students were outnumbered, they dragged them outside the hostel and beat them up,” Sundar said.

He said that the offenders had fled the scene before they could be caught. “By the time we went there, they had fled from the hostel,” he said.

However, rubbishing the allegations, ABVP said that the TSF students had violated the election code and were campaigning in the hostel, which resulted in a confrontation by the ABVP students.

ABVP spokesperson, Uday Inala said, “against the election rules, they were campaigning in the hostel. Our members spotted it and tried filming the incident. Fearing this, they started making a hue and cry and turned the incident against us.”

“Nobody was drunk and nobody assaulted them. It is a malicious campaign spread by the UDA (United Democratic Alliance) to win the election,” he claimed.

The Students’ Union election was held on Friday. This time, it is a contest between the United Democratic Alliance, Students’ Federation of India and Akhil Bharatiya Vidyarthi Parishad. The TSF is part of the United Democratic Alliance, which comprises students from the Adivasi-Dalit-Bahujan and Muslim organizations. The results of election will be declared on Saturday. #KhabarLive

Why TRS, BJP, Congress, TDP And AIMIM Battling Elections Out On...

Why The Separated CPI And CPM Parties Joined Together After 20...