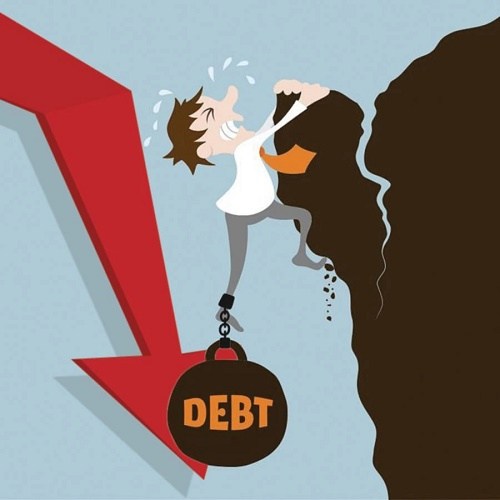 As if the bad loan crisis at Indian banks wasn’t alarming enough, there is a ticking time bomb that can spark another crisis for the industry. Loans worth Rs3.5 lakh crore ($48.88 billion) have not been recognised by banks in India as non-performing assets (NPAs) and they run the risk of turning sour, India Ratings, a part of the global ratings agency Fitch, said in a report.

These loans are still being serviced by borrowers, and categorised as “standard” on banks’ books, the report added. A loan slips into the NPA category if the principal or the interest amount on it is overdue by 90 days or more, till then it remains standard. Apart from the risk of not recovering the loans, banks have to set aside a higher sum for NPAs as provisions that adversely affects business.

“In the worst-case scenario, about half of the unrecognised stressed assets can slip into NPAs in two years from October 2018,” said Jindal Haria, associate director of banking and financial institutions, India Ratings & Research. Of the Rs13.5-14 lakh crore stressed corporate loans, banks have recognised only Rs10 lakh crore as of September 2018, he added.

This will be a big blow for the Indian banks that may have to keep aside an additional sum of up to Rs40,000 crore as provisions for these loans, which may turn toxic.

Indian banks have been sitting on bad loans worth over $150 billion and the clean-up exercise has been a huge challenge for the sector.

The RBI’s optimism had stemmed from the fact that the quantum of bad loans had decreased between March 2018 and September 2018 for the first time in three years. The gross NPA ratio declined to 10.8% in September 2018 from 11.5% in March 2018.

Public sector banks (PSBs) had been the worst-hit due to this crisis as they accounted for a lion’s share of the toxic loans. The condition was so alarming that at one point, the banking regulator had to put 12 Indian banks under a corrective action framework where they had to face strict operational restriction, while one of them was even barred from lending.

Last month, due to better performance, three out of the 12 banks have managed to come out the framework. Things are unlikely to change drastically for most of the other lenders that are under stress.

“Most large private banks and the two large PSBs (State Bank of India and Bank of Baroda) are adequately poised to benefit from growth opportunities over FY19-FY20 and gain market share at a faster pace…The agency has retained its negative outlook on mid-sized and smaller PSBs with weak capitalisation, relatively lower provisions coverage for identified stressed assets and a larger stock of unrecognised assets across non-corporate segments,” added the report.

In order to pull the PSBs out of this vicious cycle of bad loans, the Narendra Modi government has been pumping in more capital to shore up their position and improve loan growth in the economy. However, it may take a while before the efforts yield significant results. #KhabarLive