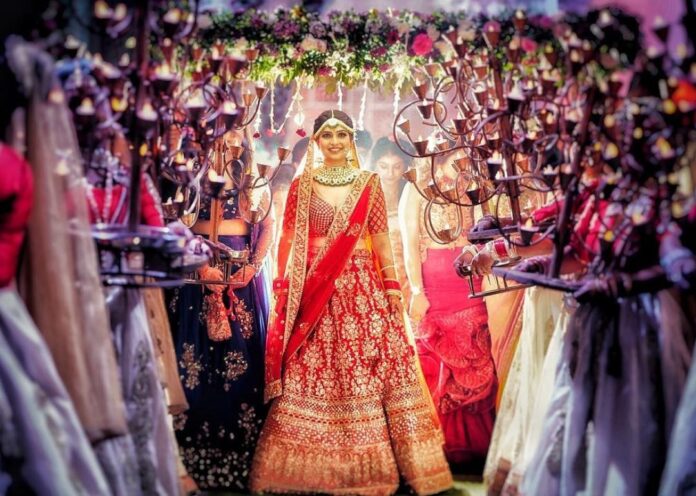 The Indian fashion industry is on the verge of collapsing amid supply orders drying up from retailers that are already reeling under mountains of unsold inventories.

Garment manufacturers said they received virtually no order from domestic fashion retailers in May and June, generally a busy time for businesses for the fall season, and that they don’t expect any significant improvement in July either.

Recently, several Twitter users shared a video showing a protest by hundreds of workers outside a Bengaluru factory that produced goods for retailers including H&M. “H&M cancelled orders and refused to pay for (the) work done,” a tweet said.

An H&M spokesperson, in response to the tweet, said, “The drop in customer demand due to Covid-19 will inevitably impact suppliers. However, we are placing orders with this supplier and we fully stand by our responsible purchasing practices. We are in dialogue with the supplier and the trade unions to resolve the conflict peacefully.”

With most fashion brands looking to run their unsold spring-summer collections until October without placing fresh orders, garment manufacturers say many factories will be closed and hundreds of thousands will lose their jobs.

“Retailers will be liquidating inventory for the next two months and they will only start placing orders when the cash cycle starts to improve,” said Kulin Lalbhai, executive director at Arvind Ltd that supplies apparel products to both domestic and international clients. “It will mean a couple of months of very low orders… People (retailers) would be cutting down their overall autumn-winter orders by more than 50%.”

Most garment shops opened earlier this month after more than two months of anti-coronavirus lockdown, but sales have remained tepid.

Sales of goods in malls are paltry at around 25% of pre-Covid levels, retailers said.

“Footfalls have been below expectations in malls as well as in high streets, specifically in the metro cities,” said Rakesh Biyani, managing director of Future Group that sells fashion brands such as FBB, Lee Cooper, Converse and Clarks.

He said retailers were expecting around 50% of mall traffic to be back, but currently footfalls in malls are hovering around only 25% of pre-Covid period.

A group of retailers are scheduled to have a videoconference meeting with finance ministry officials. They would ask for financial stimulus for the beleaguered industry, industry insiders said.

Fashion retailers were ready with their spring-summer collections in early March but many could not even launch them as most states ordered closure of shopping malls to curb the spread of the novel coronavirus by then and then in late March the nationwide lockdown started. Hence, the move to run the unsold inventory until October when the winter season begins.

“The intention is to continue with the existing collection till the end of this year,” said Sundeep Chugh, Chief Executive Officer of Benetton India. “This may lead to an overall drop of orders by around 40% as compared to last year.”

Siddharath Bindra, MD of Biba, said the ethnic brand is reducing its orders for the August to December season by 40%. “We are also moving some of existing inventory into the next season,” he said.

A top executive of another ethnic brand said his firm has curtailed its orders this year by 50% as its sales are hovering around 35% of the pre-Covid levels.

ALSO READ:  How The Muslim 'Hijab' Has Grown Into 'Fashion Industry'?

Retailers Association of India (RAI), which represents thousands of modern outlets, said the fashion apparel business declined by 70% year on year during June 1-15.

“Customers are still wary of getting into retail stores and we are only doing about 30% of business compared to last year,” said Kumar Rajagopalan, chief executive of RAI. “With that kind of sales we have enough stocks for the next four months. So manufacturers are not getting the orders.”

Manufacturers confirmed that they have hardly received any fresh order for retailers.

“Even the orders for winterwear this year is going to be limited because of the cash crunch the retailers are facing,” said Rahul Mehta, chief mentor of Clothing Manufacturers Association of India (CMAI).

So, the only ground for hope for garment manufacturers is the exports market. Mehta said export orders have started to pick up in places like Tiruppur, the garment hub in Tamil Nadu.

Lalbhai of Arvind said, “Exports are seeing a stronger recovery. Both Europe and the US are opening up. We believe exports will start moving towards 60-70% of the original mark possibly by the end of second quarter.” #KhabarLive #hydnews

Tabu Aka ‘Tabassum Fatima Hashmi’ – The Hyderabadi ‘Star’ Shining In...

This Indian Bride Stitched Her Love Story On Her ‘Bridal Lehenga’