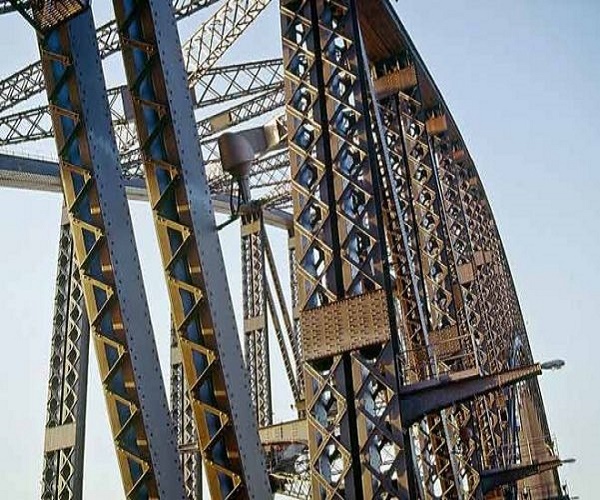 India’s first-ever steel bridges for the general public, which are similar to flyovers but made of steel with steel piers and girders, will soon become a reality with officials resuming paper work on the proposal after a brief lull in Hyderabad.

The lull, due to the Assembly election, broke after the Greater Hyderabad Municipal Corporation (GHMC) standing committee accorded approval for the payment of Rs 2 crore for shifting electric transformers. It also asked officials to transform the entire stretch into a white-topping stretch equipped with ducts on either side for cables and other utilities.

The bridges are proposed to be constructed from Indira Park to VST and Ramnagar to Baghlingampally. GHMC also appealed to the Telangana government to permit some relaxations in the tenders for expediting the project.

Unlike conventional flyovers, these steel bridges will have cast-in-situ deck slab. The bridges are expected to ease traffic on the ever-busy stretch from Lower Tank Bund to Hindi Maha Vidyalaya. The project will be taken up under the Strategic Road Development Programme (SRDP), crossing major intersections — NTR Stadium, Ashok Nagar, RTC Crossroads, Baghlingmpally and VST (Ramnagar) junctions.

While, the 2.610-km elevated corridor from Indira Park to VST junction will be constructed at a cost of Rs 350 crore, the 0.84-km bridge from Ramnagar to Baghlingampally will cost Rs 76 crore. This is excluding the land acquisition cost.

The project will be executed in two stages. The construction of a four-lane bi-directional bridge —starting from the Lord Ganapathi Temple near RK Math landing at Baghlingampally junction — will be the first, while the Ramnagar to Baghlingampally bridge will commence next — from near RTC Kalyana Mandapam and landing at BE Lane. It is likely to pass through the Indian Hume Pipe Company Limited and Vazir Sultan Tobacco (VST) land, a senior GHMC official said.

Though GHMC floated tenders a few months ago, there was not much response, following which the municipal corporation appealed to the government to relax some conditions — especially the eligibility criteria. Since the election code was in force, the file was not taken up for processing and now things will be expedited, the official said. #KhabarLive