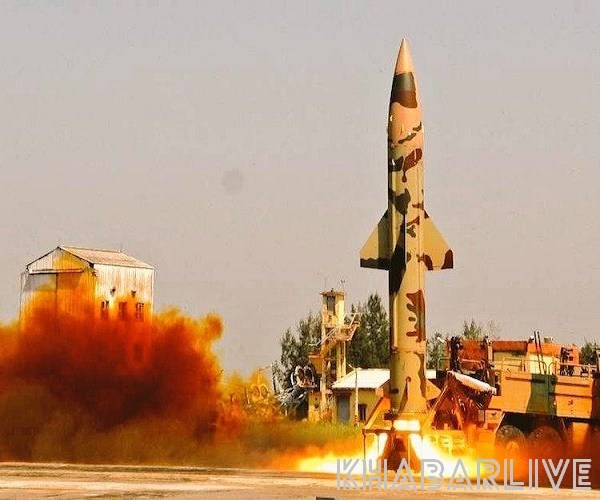 The Anti-Satellite Missile System (ASAT) used by the DRDO to test fire on a low-orbit Indian satellite was fully developed at the Defence Research and Development Laboratory (DRDL) facility in Telangana. Speaking to #KhabarLive, DRDO officials said the ASAT technology was developed over the years and the missile system used is a new system which was developed using existing ballistic missile technology.

Addressing the nation on Wednesday, Prime Minister Narendra Modi announced that India has test-fired a missile to shoot down a satellite in orbit. Codenamed ‘Mission Shakti’, the missile destroyed a Low Earth Orbit Satellite that was launched by ISRO on January 24 earlier this year. The entire technology involved in the operation is being developed by scientists at the Research Centre Imarat (RCI) of DRDL. The facility was established by former President APJ Abdul Kalam in 1988 on an 8-km campus in the outskirts of Hyderabad.

‘Mission Shakti’ is an anti-satellite technology built using some of the technology from India’s Ballistic Missile Programme. The test took place on Wednesday at Wheeler island off the coast of Odisha.

“This technology has been in development for some time now, some background of Ballistic Defense Missile (BDM) was already pre-existing,” a DRDO official, who has worked on the project and wished to remain anonymous, told #KhabarLive.

“Some of the technology used in the ASAT has been in development for some time. Sometime back we had developed interception technology for 110 km, some of that technology has been used in the system. We have developed and made a new missile system out it,” he added.

When asked about the satellite debris path, the DRDO official assured that the debris path has been calculated and details regarding it would be shared at a later time officially.

#KhabarLive reached out to ISRO for more information about the satellite that was targeted. However, ISRO officials stated that they were not involved in the mission and stated that DRDO will be able to elaborate on the satellite and the debris flight path.

“This is not an ISRO activity, so ISRO has no comment to offer. We are not involved in this activity and so we have no knowledge,” said Vivek Singh, director, media and public relations for ISRO, when asked if ISRO was informed about the satellite debris. ISRO is part of the Inter-Agency Space Debris Coordination Committee (IADC), an international governmental forum for the worldwide coordination of activities related to the issues of man-made and natural debris in space.

In 2007, China had shot down a weather satellite from a polar orbit at an altitude of 865 kilometres. A satellite catalogue website tracking space debris estimates that 3,438 pieces of the Chinese satellite are still in orbit, years after it was shot down.

DRDO, however, pointed out that unlike China, India has been careful about not shooting down a satellite in the polar orbit but instead chose a lower orbit level of 300 km, despite having the capability of targetting satellites at higher altitudes. The debris from the satellite shot down by India will be “minimal,” says DRDO.

When asked if ASAT system has already been deployed to protect India from enemy satellites, the official said, “This is the first time we have done it, as part of technology development to further countries capability, that’s all can say,” said the official.

#KhabarLive also reached out to Dr G Satheesh Reddy, Chairman of DRDO, who was present at Wheeler island during the test. “The DRDO has developed the ASAT technology and achieved few centimetres accuracy in this. Even though we have the capability to do at higher altitude, we have done it in lower altitude as a responsible nation,” Reddy said. #KhabarLive

Will VVPAT Silence Those Sceptical Of EVMs In This Elections 2019?

Is Telangana CM KCR ‘Under Severe Pressure’ And Ready To Step...