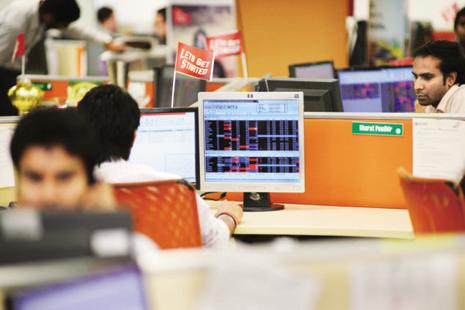 There is a curiously persistent gap between the total number of investors according to exchanges and depositories and income tax statistics.

Income tax statistics released for the assessment year (AY) 2015-16 showed that less than a million (733,940) entities reported short-term capital gains or losses. This is much lower than the total number of demat accounts (23 million) and active stock market traders (5 million) in the corresponding period.

The income tax department has been periodically releasing annual tax statistics. Its latest release covers assessment year (AY) 2015-16. The assessment year is one year ahead of the financial year (FY). So AY16 refers to income from FY15.

Let us assume that everyone who had carried forward losses used it to bring down their capital gains to exactly zero, though this is unlikely. The total number of those with either capital gains or losses would still not exceed 2.31 million.

On the other hand, the number of active investors during FY15, according to stock exchange data, was more than twice this number at 5.09 million. The total number of demat accounts was in excess of 20 million then (23.3 million at FY15-end).

KhabarLive has covered the discrepancy with each release of income tax data. It last did it in February 2016. The low numbers then were highlighted as part of a story on the geographical spread of India’s stock market investors. It included data up to assessment year 2014-15. (read more)

It’s possible that traders are classifying their trading activity as business income. But this would entail a higher tax rate, as KhabarLive pointed out in the earlier stories.

It could also be that their total income is so little that they don’t need to file returns despite their stock market activity, but this seems counter-intuitive.

Alternatively, the vast majority could be long-term investors. This also seems unlikely. A study of investor behaviour in India, conducted in November 2011 found that the average holding period for investors was only 24 trading days. The study was co-authored by Sankar De from the Indian School of Business, Naveen R. Gondhi from the Kellogg School of Management and Subrata Sarkar from the Indira Gandhi Institute of Development Research.

Either way, income tax data continues to raise more questions than answers when it comes to the stock market. #HydNews 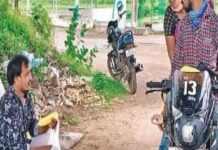