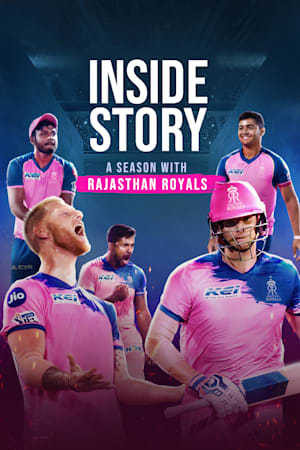 What makes a cricket team tick? From innovative technology and coaching methods to talent-building programmes, we follow the Rajasthan Royals through the trials and celebrations of the 2019 season.

Behind the scenes with the ‘mavericks’: A new three-part documentary that follows the fortunes of the 2019 IPL season of the Rajasthan Royals gives a good insight into how a franchise team is managed.

Shane Warne aptly describes the Rajasthan Royals as the “mavericks”. Over the last 12 years since the inception of the Indian Premier League, the franchise’s USP has been their strategy of taking punts on relatively obscure players more for their skill value than brand value, and using that to shock other teams into winning from nowhere.

Their rise in the league’s first season from being the butt of jokes at the player auction to being crowned champions, led by the talismanic Warne, is one of cricket’s best underdog stories. They may have failed to bag another trophy, or make the finals since — accounting for the two years lost following the spot-fixing scandal —but it never deterred them from continuing to think out of the box.

A new three-part documentary on their 2019 season sanctioned by the franchise, Inside Story: A Season with Rajasthan Royals, that released worldwide on the online streaming platform Red Bull TV in early September, gives a good insight into its team dynamics.

The absence of actual match footage and related on-field action actually works to the film’s advantage as it maintains the focus on what goes on behind the scenes, with the film crew (Red Bull Media House) handed never-before access to the stadium, academies, boardrooms and tech hubs to give the viewer a better understanding of how a franchise is managed.

It also expands the scope for greater creativity, with the use of impressive animations and motion graphics to simulate actual events, both on and off the field, including the controversial “Mankading” incident early in the season in which Royals’ England star Jos Buttler was controversially run out at the bowler’s end by Kings XI Punjab’s R. Ashwin, invoking the “spirit of cricket” debate that has now resurfaced.

It begins with Royals’ Head of Cricket Zubin Barucha explaining the auction dynamics and their use of an elaborate auction simulator to help the management determine the maximum they would be willing to bid for a particular player. Come auction day, 17-year-old Assam all-rounder Riyan Parag recalls getting so deflated and shutting himself off in his bedroom until his mother comes in beaming with the news that Royals had bought him.

As the film shifts from pre-season preps to matches, we are introduced to the coaching and backroom staff who keep the engine room running, such as the logistics manager, the venue managers, branding team, fitness trainers and so on, whose roles and contributions often go under the radar.

The Royals’ commitment to talent spotting is shown through its tie up with Red Bull Campus Cricket tournament and Colts and Sparks, a talent hunt for boys and girls respectively. One young woman cricketer speaks of how the franchise doesn’t necessarily chase branded players but instead make their own brand.

But even with the systematic plans in the place, the season was a bummer for the Royals as they finished second from bottom, missing out on key moments after playing themselves into winning positions. Footage of the review meeting shows a self-critical Barucha admitting that the management erred on some strategic decisions and it that it was a collective responsibility.

Not all of it was bad though. The decision to change captains midway paid off as it allowed Ajinkya Rahane to find form again. One element that could have explored better was the return of Steve Smith after serving his year-long ban after the ball-tampering scandal and ultimately taking on the captaincy.

More player-centric stories would have given the documentary more depth, as similar series by Mumbai Indians and Chennai Super Kings have shown. In three episodes, the focus is more on the Royals as a collective, players letting their hair down at parties, fun and games in between matches in a family-like atmosphere the owners and players emphasise on often. Leg-spinner Shreyas Gopal, one of the few successes of the season alongside Parag, said: “The biggest tick I’d give this team is that we are smiling after every match.” #KhabarLive #hydnews