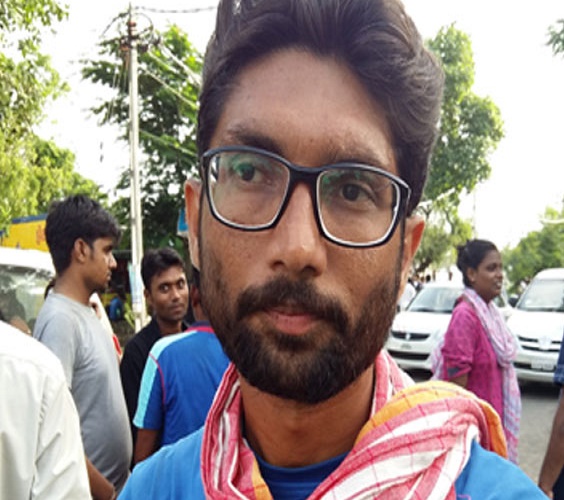 The secret meeting of senior IPS officer from Telangana Dr R S Praveen Kumar with popular Dalit activist and independent MLA from Gujarat Jignesh Mewani at a private place on Wednesday night raised many an eyebrow.

Though the IPS officer told a section of media that he had met Jignesh only to explain the functioning of SC gurukul schools in Telangana, for which he is the Secretary, sources say the explanation was far from satisfactory.

First of all, Jignesh was in Hyderabad on a political mission to support Manda Krishna Madiga, who has been fighting against the Telangana Rashtra Samithi government and also express solidarity with the Dalit students of University of Hyderabad, who observed the second death anniversary of Rohith Vemula.

Secondly, if Jignesh wanted to study SC Gurukul school model, he would have gone to Praveen Kumar’s office, but the IPS officer should not go and meet Jignesh at the residence of another Dalit leader in Amberpet.

Thirdly, Jignesh was not alone at the house, but there were others including Kancha Ilaiah, Radhika Vemula and T-MASS leaders who are fighting against chief minister K Chandrasekhar Rao.

And after the meeting, Jignesh himself told media that he had come to Hyderabad to unite all the Dalit forces together to fight against KCR in Telangana and BJP at the national level.

Soon after the meeting of Praveen with Jignesh, a campaign has started against him in the social media.

Several pro-BJP people have started targeting him for meeting a person who was anti-Modi and anti-Hindu. They described Praveen as an anti-Hindu officer and are demanding action against him. #KhabarLive